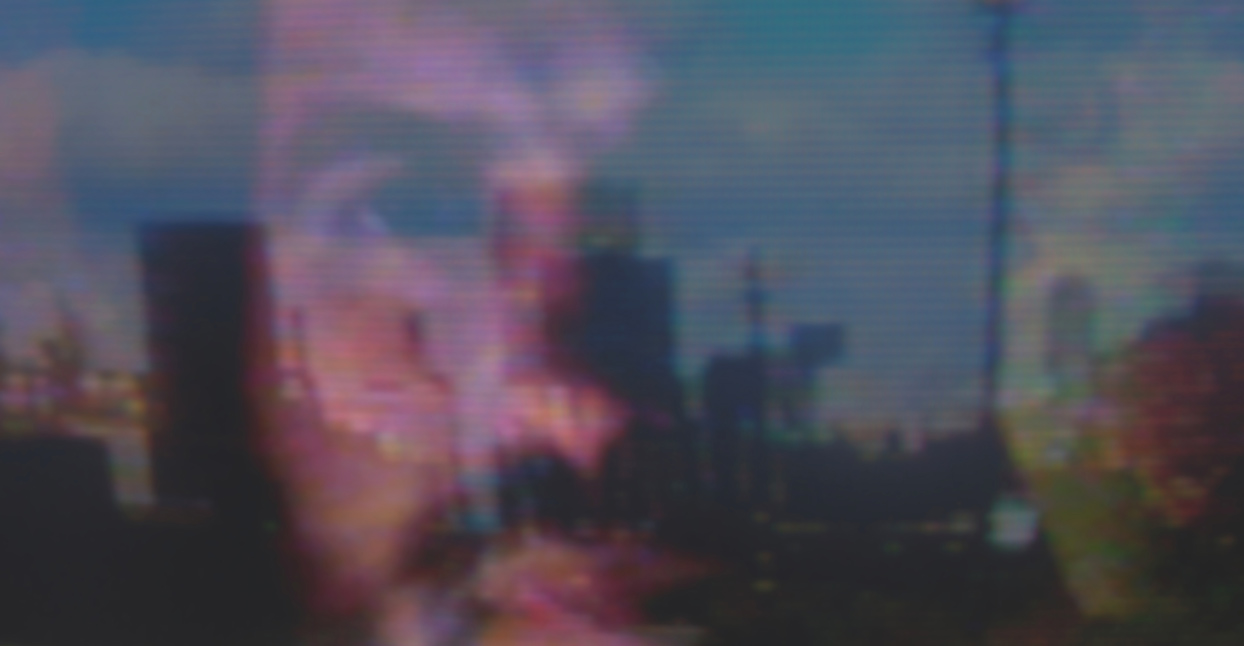 Babe, Terror—the working name of Brazilian musician Claudio Szynkier—inhabits a weird world, one where groove music grows out of messy masses of electronic sound. His latest album, Ancient M’ocean, gave rise to a comic book full of fantastical imaginings that the music inspired. Based in Sao Paolo, where he works at a computer shop he opened, Babe, Terror caught the ear of electronic music tastemaker Erol Alkan and his London-based label Phantasy Sound. The imprint put out the new album as well as the comic book. The illustrations in the comic are colorful and impressionistic, with a sort of cosmological sweep, and the story—inasmuch as there is a story—concerns a race of people living in a distant world not much like our own. Near the beginning, an appreciation of the natural world turns into an observation of hunter-gatherer nature of the people (“There is fishing and there is more,” the reader learns). There’s also a bizarre sport, which is played to much fanfare: “The events that happen in the land and with the young people of the land during the games produces streams of secret electricity.”

Where in Sao Paulo are you?

I was born in a neighborhood called Bella Vista, which translates as “Beautiful Site.” It is a very old neighborhood with a lot of immigration: Japanese, Italian, Portuguese. Then I moved to neighborhood called Perdizes, which is “Partridges” in English. I live on the same street where the great football club Palmeiras plays. I love football. Palmeiras would be like the Boston Celtics. The way that Irish people support the Celtics, Italian people support Palmeiras. The Larry Bird of soccer played for Palmeiras: Ademir da Guia. There is a history of really technical and elegant players who developed the game to a level that it had not reached before.

It’s a little bit chaotic, a little bit turbulent. It’s ugly, for the most part, but where I live is good. It’s a city that hates trees. This scares me. I think this is a Brazilian aspect—Brazilian people don’t like trees and green. But it’s a city that attracts people with its clubs and options at night—for the chaos that people like to find. I sell computers in a tiny little store that is still growing: it’s an idea I came up with and I’m still modeling it. It’s a personal initiative to sell good old computers.

What first got you seriously into music, going however far back?

The first record that really touched me, really meant something to me, was Selling England by the Pound by Genesis. This was when I was really young. I grew up in a house with a nice collection of over 2,000 records. For me it was a vast world. There were a lot of albums I spent time with. I loved the Beatles and the Beach Boys when I was boy. Then when I was a teenager, of course I loved Nirvana. Then I met—in musical terms—Animal Collective and things from the early 2000s. But there are a lot of artists who meant a lot to me. There is a guy who is one of the greatest composers of all time but is little-known: Rupert Holmes. This guy is a genius, and he means a lot to me. He has two greatest hits on a [1979] album called Partners in Crime: “Him” and “Escape (The Piña Colada Song).” He’s a great genius. I also always loved Steely Dan.

You’ve described your music in the past as “Wrong Dance Music,” or WDM. What does that mean to you?

This category is more like a joke, but it’s a border that separates me from a style of over-produced dance music that I don’t like much. 95 percent of dance music is bad. I like some: Burial, Four Tet, Clark. I like hip-hop, if you call that dance music. But I want to make myself distant from something that is more focused on the design of the sounds and the power of the beats for the dance floor. This is not my kind of dance music. I like a world of beats flowing inside my head—this is what “wrong dance music” means to me.

What is your own music-making process like? Do you sample? What sort of materials are you enlisting?

It’s basically my voice and my set of drum machines, my piano and a huge collection of records. I like to sample things and turn them into something that is really beyond it was originally. I join different lines, different pitches and different forms from the same second of a song sometimes. Ancient M’ocean was made like that. There are tracks where I used six or seven different lines from the same track, but in six or seven different ways, together with other elements. I like to deform or decompose the original track—I’m like the grim reaper.

What is the weirdest thing you sampled on your album?

Some cartoons on the television. I had the luck to catch something that was really beautiful, then I ripped it and turned it into something new. I can’t remember what it was called—it was a really old cartoon on a channel that shows only old cartoons.

How did you decide to make a comic book for this album? Did you grow up reading comics?

No. It was an acquired taste, about 10 years ago. There was one author who got me interested: Chris Ware and his [graphic novel] Jimmy Corrigan, the Smartest Kid on Earth. This was my bible in terms of comic books. Then I started to research and read more underground authors and compilations. Every Christmas, I tried to collect the cool books released during the year. This has become a routine of mine. I came to like Daniel Raeburn, Charles Burns, Daniel Clowes. I liked the style of Harvey Pekar even when I didn’t know anything about his comics; I loved him because of the film with Paul Giamatti [‘American Splendor’]. I’m also really into American fiction. I’m into Allen Tate and authors from the South at the beginning of the last century. Caroline Gordon, who was the wife of Tate, wrote a book I like called Green Centuries. I love American TV, too—I’m really into ‘Boss,’ ‘The Affair’ and ‘Bloodline.’

What about this album gave you material to conceive a comic book in response?

In the music there is a sort of secret imagery. There are imaginings of flying through the album’s atmosphere. There are lots of possible imaginings. The comic book was an opportunity to concretize a type of imagery and at the same time to offer a gift to people who buy the album. In some ways it’s natural: for listeners, they can go and find something different in it—and float around.

How did you get involved with the illustrator, Michael Crook?

I have the luck of having great friends. One of my friends was living in Manchester [England]—he worked as an assistant for Alan McGee who owned Creation Records, the big shoegaze label. We became friends, and he met Michael Crook. When I came up with the idea, he told me he had this friend who was a genius—and he was right. We had some conversations and then developed the idea together.

How did you come up with the story?

I came up with the names first. I had names floating inside my head—Lunairel, Fryffordd, Allureon [all track titles on the album]—and then I had this story about people living in a remote place on Earth. We don’t know about these people, and the Earth is not exactly circular. It’s not like a ball—it’s more like a painting, an infinite painting, and there are some areas on this flat screen that we don’t know. In some of those areas, people live. The young people there play this sport, Allureon, which is like baseball but the matches take a long time to develop and finish. But the basic key of the story is what they do there will reverberate here, in our story, because we are bound, connected.

How did you connect with Erol Alkan and his label Phantasy Sound?

They knew my first album, which was Weekend. I released it myself and got some coverage for it. It was mostly voices and very little sampling—there is almost no sampling on that album. Erol listened to it and liked it, and his partner contacted me and asked if I would be interested in releasing something with them. This happened some years later, when I released Knights as my first real album on Phantasy Sound. Before that I released a set of EPs with tracks from Weekend and remixes by Memory Tapes, Applebim & Arkist and Four Tet. With Erol, we just started a conversation and that conversation became more music.

Do you have any plans for the future?

I’m always composing. Right now I’m working on tracks for my next album. It’s a bit of a continuation of Ancient M’ocean, but it’s another world—another imagining.