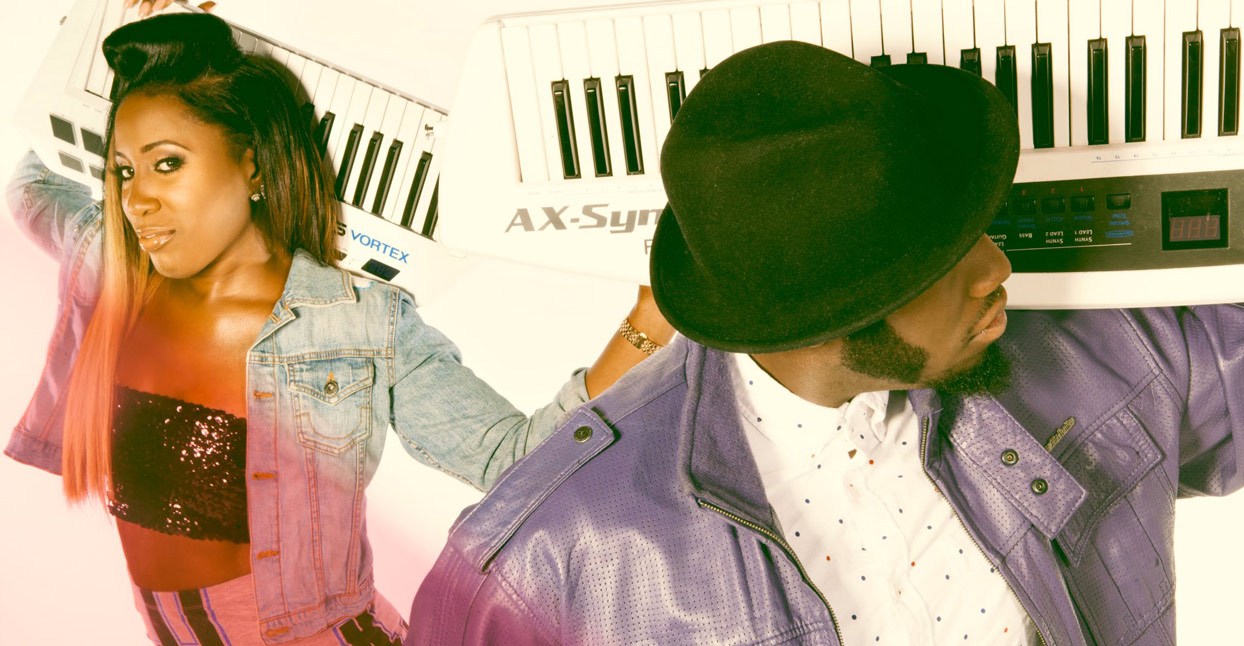 Erika Dawn was midway through her umpteenth rendition of ABBA’s “Dancing Queen” when she finally hit her breaking point. “I felt like a drama queen,” she says. “I literally ran off stage and started crying in the bathroom.”

It’s not that the Detroit-born musician has anything against the famous Swedish pop song, or that she was suffering from a case of self-pity. As the vocalist in a touring 14-piece covers band, she’d been able to travel the world, earning a living while performing for the likes of Barack Obama, Diana Ross, and—it must be disclosed—Donald Trump (who, Dawn says, allegedly dispatched a minion to the stage to scold the band for playing jazz, because Trump despises it). But there’s only so many times someone can “see that girl” or “watch that scene” before they start to unravel a little.

Fortunately, a new beginning was close at hand. In 2013, the Atlanta-based jazz multi-instrumentalist and producer Dee Rhodes discovered Dawn’s original music online, and had sent her a direct message while she was in Virginia, recuperating after her mid-ABBA meltdown. And while Rhodes’s initial contact was about her music, Dawn could sense that it was also a flirty move on his part.

“He started stalking me on Facebook because he thought I looked good,” she says, laughing. “He asked me, ‘When’s the next time you’re gonna be in Atlanta?’ I said, ‘I’m doing a show at Centennial Park.’” Rhodes, it just so happened, was the soundman for that show.

Six years later, Rhodes and Dawn are married, and they record together as The APX, a musical project that recreates—with jaw-dropping faithfulness—the sound of ‘80s electro-funk and proto house music. The band began more or less as a fluke; Dawn noticed Rhodes’s keytar leaning against a wall in the house and made a passing comment about how he never played it. “I may as well play it myself,” she had said—a line that sparked a lightbulb above Rhodes’s head.

“As far as my artistry, I was a solo jazz artist,” Rhodes explains, “but as a producer, I was a beatmaker. When I started teaching Erika how to play keyboards, she also brought her experience [singing in] the kind of ’80s-style groups that I fell in love with. We would just listen all day all night to Shalamar, Evelyn Champagne King, Stephanie Mills…”

Cynics may dismiss The APX as slavish imitation, but to the band, that’s exactly the point—to revive a sound that was abandoned prematurely, and has never been properly revived. “We were like, you know what?” says Rhodes. “There’s a hole out there for this truly nostalgic funk sound. There’s no one out there that has the powerhouse female vocals on top of a funky track. This sound, it just does something to your soul. And we had the tools to do it. It was just natural.”

The APX’s albums, 2017’s Electrik Funk and the just-released Amplified Experiment, justify the couple’s mission. While the artists who inspired them tended to be singles-oriented acts who struggled to produce consistently strong long-players (the godlike Shalamar being the exception), The APX’s albums are front-to-back, all-killer-no-filler bangers. In addition to earning them sizeable followings in Japan, the Netherlands, and funk-positive hot spots like Los Angeles, Electrik Funk attracted the attention of former Shalamar frontwoman (and Grammy-winning solo artist) Jody Watley, as well as R&B/hip-hop trailblazer Teddy Riley, both of whom make cameos on Amplified Experiment. “The cool thing about Jody Watley is she discovered us from a remix video we did of one of her songs, ‘Looking for a New Love,’” says Dee. “She just instantly became a fan, and we ended up producing a song for her that I think is gonna be on her next project. Having her stamp on the album means so, so much to us.”

And while their star may be on the ascent, Rhodes and Dawn are determined to retain the staunch independence that has defined their career thus far, recording their music at home—“I don’t know what it is about a studio vocal booth,” says Dawn, “it confines me”—and releasing it via small, simpatico labels like Milan, Italy’s The Sleepers RecordZ.

“We both have short attention spans,” says Dee, chuckling. “Sometimes we’ll be upstairs, sometimes downstairs—wherever we’re feeling creatively inspired, we just start laying down tracks. I’m kind of spoiled to get to work with Erika.”

From across the room, a briefly preoccupied Erika snaps to attention. “Awww…” she says, “thank you, baby!”