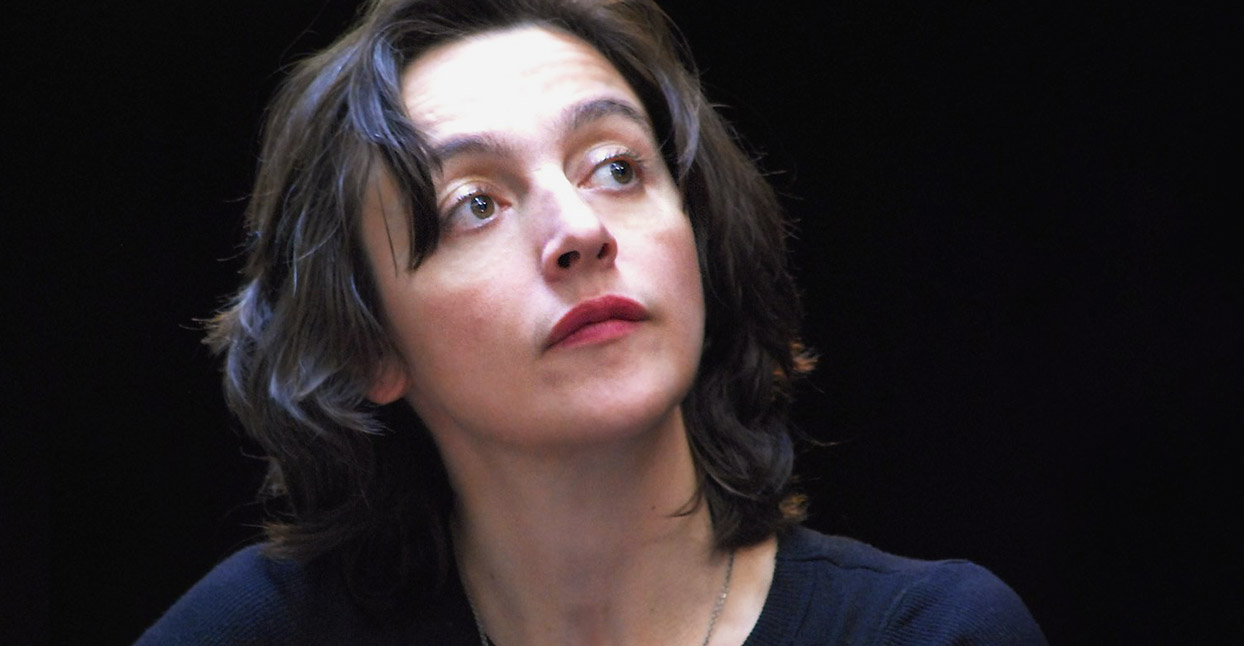 The Sea Ranch is a planned community on the coastline of Sonoma County, California, with a population of fewer than 1500. The unincorporated, 16.2 square mile-area was designed by architect Al Boeke to be a place where humans live at one with nature—a place where cliffs meet meadow, meadow meets ocean, and the ocean joins with a river that carves out a portion of the San Andreas fault. Its first development, Condominium 1, was built in 1965, and typifies the “Third Bay Style,” combining the idea of a California ranch house with a vertical farmhouse to create a “shed style” structure that overlooks the Pacific Ocean.

The Serbian-born, Manhattan-based composer Aleksandra Vrebalov had never heard of the Sea Ranch when she first met one of its founding architects, Donlyn Lyndon, at a Kronos Quartet concert in San Francisco. Vrebalov had composed music for the Quartet before, and the group had a strong feeling that the she and Lyndon should meet. Lyndon was impressed by the samples of her work that Vrebalov had brought with her, and he and a group of Sea Ranchers commissioned her to write a celebratory piece centered around the community. The result is an immersive, 13-part work written by Vrebalov and performed by the Kronos Quartet, designed to capture The Sea Ranch’s splendor in sound.

“The Sea Ranch idea on a global scale might be utopian,” Vrebalov confesses in the extensive liner notes to The Sea Ranch Songs, “but through music, we praise its beauty and affirm its urgent relevance in our wounded world, so much in need of healing.” In the end, The Sea Ranch Songs is a journey of metaphysical geography, in which music transports us to a place that feels as if it exists out of time. We spoke with Vrebalov about the process of writing the piece.

What was most intriguing to you about the Sea Ranch after you visited?

It’s really wild there. The people who live there decided to keep the wilderness, to organize the space so they could all live together without actually changing the nature. That kind coexistence was beautiful as an idea, but very theoretical until the moment I got there and actually saw it. It was fascinating.

Comparing it to the size of Manhattan, where there is everything packed within a block, [at the Sea Ranch] there’s no gas station, no commercial developments, no fluorescent lights. Cars can’t be seen by other residents because of a rule that states that cars must be parked behind a wooden fence. There’s no sign of civilization in that aggressive, busy, urban way. The eye can just really go with nature, and anything that’s developed for humanity is there to serve, not to distract. It’s just incredible to experience.

You were commissioned to write a piece for the community’s 50th birthday. What was the starting point for that piece? How did you begin collecting and documenting information?

The idea was just to be there and not even think about the piece—not to force any kind of creative process. Just be there, meet the people, go for walks, see how I respond to it and discover what the place is—not only the physical place, but also the place as an idea or concept, to find what was especially interesting or what was resonating with me.

The first visit basically consisted of getting up really early and spending hours walking along the bluffs, getting to know the different little coves and beaches. I was just getting familiar with the place. I would take rides with one of the four founding architects, Donlyn Lyndon, who was my host, along with his wife, Alice Wingwall. They took me around, showed me all those amazing houses, like Condominium One, which is in the National Register of Historic Places, and was built in 1965 as the initial development. Since then, all buildings follow that model.

The Sea Ranchers are really intoxicated with the idea of being in a place where people really care about the environment, and how they can fit into the environment without abusing it or changing it forever, as we usually do it in all other places.

In the liner notes you write about “metaphysical geography,” and how nature is harmoniously intertwined. How is the Sea Ranch able to do that? And, beyond that, how you were able to capture that in your composition?

I think their sense of community is extremely strong. Since the place is so vast and so wild, the people who live there are actually loners. Yet, at the same time, they’re loners who are very connected to their community. They have a common goal, and that common goal is to live in a place with untouched beauty.

What I wanted to do was to look at the place through the eyes of the people who loved it so much. Over time, I developed so much love and tenderness for that piece of land. It’s just beautiful and gorgeous. I knew that I wanted the Sea Ranchers’ voices in the piece, because so many encounters were moving in a very inspiring way.

The way we live, especially in big cities, it’s sometimes hard to find a sense of belonging to the land. We belong to groups of people—to friends, to ideas—but sometimes because we’re so busy, we don’t notice geographically what’s around us, like a plant, or a park. At the Sea Ranch, that was just so tangible. I was inspired to see their example of how we can treat the land that we live on.

The opening piece is Spirit I, an homage to the Pomo Kashia Indians. I’d love to hear more about meeting the Pomo elder who helped you write this track and sings on the recording.

That meeting for me was so symbolic and so beautiful. The Pomo elder, Lorin Smith, hadn’t been to the Sea Ranch in a long time. The Pomo Kashia tribe was relocated to a reservation long ago. He told Donlyn and I that we all belong to the land, adding ‘You belong to this land because you love it as much as I do.’ Thinking about the history of the place, the Pomo tribe needed to have a place in the piece because they are so connected to it. In their own origin story, they believe that their tribe originated on the shores of the Sea Ranch. So I just had to include their voice in the piece. But I also wasn’t sure if they would want it—that was another issue: how to incorporate them. I was thrilled that the piece started with their voices, because their story is the oldest story about the Sea Ranch.

There’s a very minimalist piece towards the end called Spirit II, which includes the found sound of coyotes that you recorded at an artists’ residency. It pairs so well with Spirit I.

For the Pomo tribe, the coyote is one of the ways that divinity shows itself. The recording of those two coyotes was completely accidental. They were howling, and I couldn’t sleep, so I got my phone, went outside and started recording, realizing that they completely belonged in the piece. They relate to the opening of the piece through the mythology of Pomo and other Indian tribes.

I was drawn to “Ideas: Condominium One.” I’ve never been there, but you’ve conveyed it so well musically that I feel like I have.

That one is especially dear to me, because it dealt with the architecture of the music. I dealt with the structure in [the same] way that the shape of Condo One is organized. I’m using the Fibonacci row in the piece, which is a way the spiral is represented in numbers and geometry. The ratios in the piece are very similar to the ratios in parts of Condominium One. The structure of the piece of music is very similar to the architecture of that building.

Can you elaborate on the unique way music has of communicating the human experience?

Well, I think music is so powerful because it communicates in ways that are not verbal. We express things that are sometimes difficult for us to hear or say. It’s a mystery. Concretely “Ideas: Condominium One” is about beauty and architecture and the duality between society and nature, man and nature, man-made and nature-made. I was trying to follow organic laws of music, such as overtone series or proportions defined by the Fibonacci row, to access those natural and architectural things.

In the history of music, issues that are more painful, issues of war and reconciliation, really traumatic experiences on a large scale—music can access that so much easier than any kind of verbal communication. There is an amazing healing potential in sound.