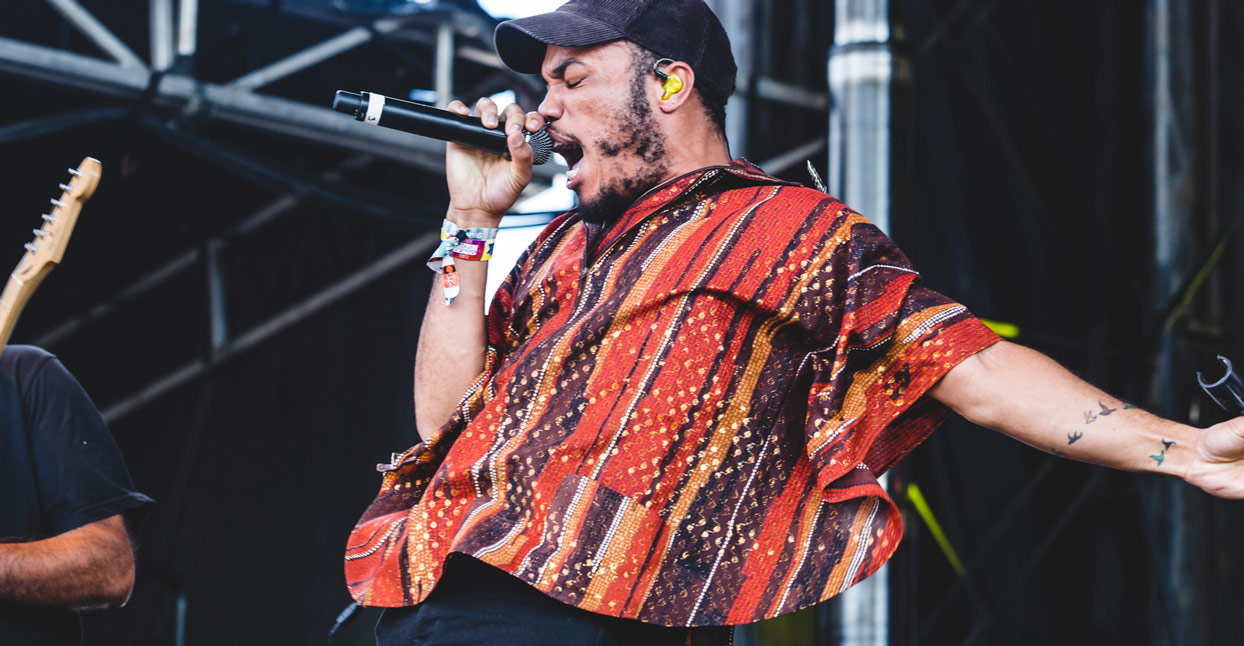 Anderson .Paak, like many other talented artists, is a polymath—rapper, singer, drummer, producer, songwriter. Being able to access so many different skills has served him well, and his career highlights are already numerous. To wit: he displayed remarkable bravado with Kaytranada on “Glowed Up,” teamed up with ScHoolboy Q to create a warm-weather anthem on “Am I Wrong,” delivered the irresistible chorus to Mac Miller’s “Dang!” and stole the show with A Tribe Called Quest at the 2017 Grammys. His guest spots on Dr. Dre’s highly-anticipated Compton helped generate enthusiasm for his 2016 solo album, Malibu, which broke into the Billboard Top 100. His LP with producer Knxwledge, Yes Lawd!, did even better, peaking at number 59 on the Top 100.

But while .Paak’s place in the popular consciousness is relatively recent, dating back to his 2014 mainstream breakthrough, Venice, his life as a musician began while he was still a teenager, playing drums in his family’s church—a gig that taught him the art of musicianship and improvisation. Albums like Malibu and Yes Lawd! are informed by the improvisational skills he developed as a musician during his formative years. But on 2013’s Cover Art, he downplays that freewheeling spirit, favoring a more disciplined approach.

With good reason: the project was inspired by “race records,” a term popularized in the United States in the 1920s that generally referred to the exploitation of black blues acts by white musicians and label heads. On Cover Art, .Paak reverses that dynamic, taking as his source material classic rock records from the 1960s and 1970s, along with folk and rock from the early ‘00’s. Throughout Cover Art, .Paak is subdued and subtle, in stark contrast to the dynamic persona for which he’s become known.

And while Cover Art lacks the polish of his later work, it still puts .Paak’s distinctive voice front and center. The opening track, a cover of the Yeah Yeah Yeah’s “Maps,” offers a hint at .Paak’s future: sparse R&B production, impassioned vocal performance, and surging electronics feel like the first steps toward the bolder, more refined stylings of his recent work. A cover of The White Stripes’s “Seven Nation Army,” .Paak’s first flirtation with a “rockstar” persona, features the kind of lush harmonies that were prevalent throughout Yes Lawd! And an unlikely take on The Postal Service’s “Such Great Heights” is a showcase for .Paak’s versatility as a singer, transforming the wistful electro-pop ballad into slow-burning R&B.

While the record’s first half is focused on songs of recent vintage, its back half digs further into the past. A gentle, relatively faithful cover of The Beatles’s “Blackbird” demonstrates .Paak’s capacity to evoke emotion through music. His take on Toto’s “Hold The Line,” which he reimagines as a slice of smoky piano jazz, features warm and engaging instrumentation courtesy of The Free Nationals, foreshadowing the beautifully-nuanced musicianship on display throughout Malibu. The only track to feature rapping—a staple of later .Paak projects like “Come Down”—is a cover of Neil Young’s “Heart of Gold,” where .Paak breaks up a note-perfect take on the song’s chorus with swift, breathless rhymes.

And while Cover Art is wholly different than both Malibu and Yes Lawd!, the 2013 version of Anderson .Paak is still charming. Vocally, he tends to dominate his new work, yet four years ago, his cadence was an effective supplement to the project’s lush and soulful instrumentation. On Cover Art, .Paak provided the first glimpses of his versatility as an artist, covering beloved songs without sacrificing his distinctive flair.