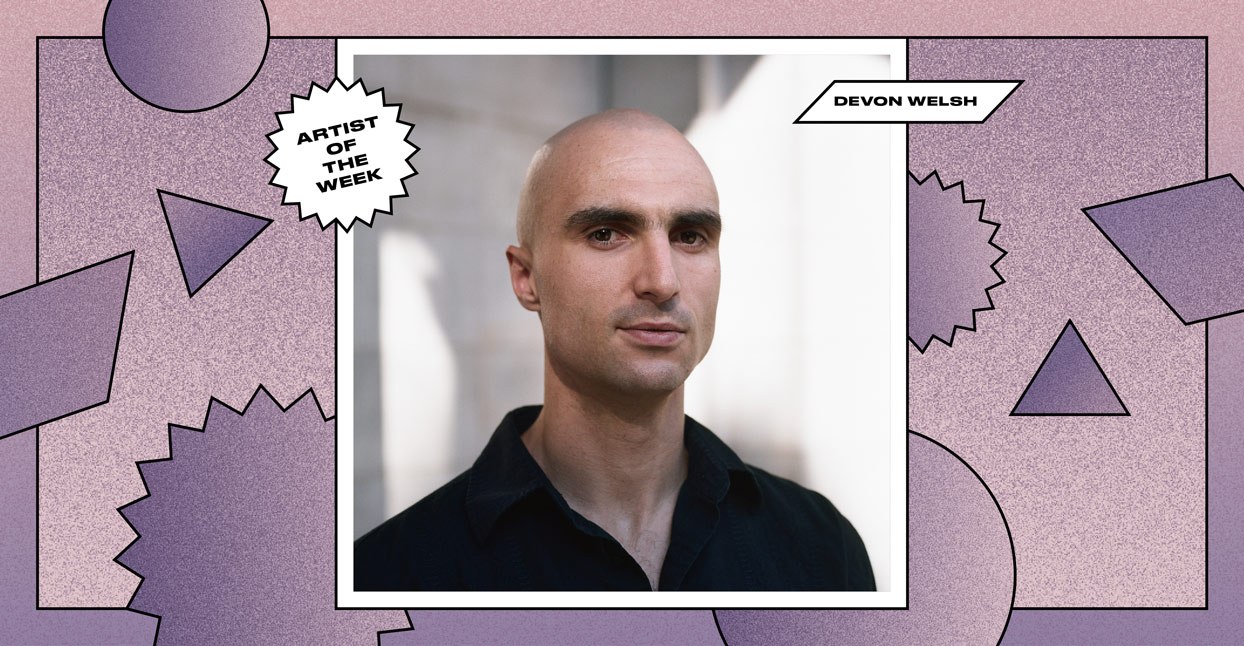 It’s a Wednesday night and Devon Welsh is performing inside a church. Nothing could be more appropriate. The show is a kick-off for a tiny tour he’s doing to premiere songs from his upcoming solo album Dream Songs, his first record since the end of his band, Majical Cloudz. It’s beautiful music, almost devout in its intensity. The setup is simple; only a guitarist, violinist, and percussionist join Welsh on stage. The songs bear traces of Welsh’s former project—simple arrangements swelling and falling around his earnest and naked voice. Yet there is something grander at play with these songs, something that feels more confident and more assured.

Almost two months later he speaks over video chat, trying to pinpoint this change is in his music. Though he began recording music as Majical Cloudz as early as 2010, most people’s introduction to him came through the band’s debut release on Matador Records, Impersonator. Between that and 2015’s Are You Alone?, Welsh and his musical partner Matthew Otto carved out a signature sound: a starkly minimalist electronic art pop, built around Otto’s atmospheric production and Welsh’s striking and direct singing, delivering secret truths with an almost casual authority.

But despite their growing success, the band announced their dissolution soon after the release of Are You Alone?, playing one final show in their hometown of Montreal. It seemed sudden and surprising to many, but talking about it with Welsh, things become clearer. He speaks frankly, if obliquely, about the pressures that were beginning to mount around the project.

“I think anyone who knows me would say I’m a neurotic person with a lot of unnecessary anxiety, and I think I brought a lot of that into what I was doing with music,” Welsh says. “But I also think the music industry and the experience of starting a band, and that band sort of gaining traction, and feeling the pressure of the industry—I think that can be very overwhelming for a lot of people. Especially when you’re young and you don’t really have a strong sense of self-esteem on your own or a strong sense of self-identity, which I don’t think that I did.”

That stress, both internal and external, eventually brought down Majical Cloudz, though Welsh kept writing songs. Still, he didn’t know what to do with them, and was slightly adrift before meeting up with Austin Tufts of Braids. The two would wind up casually talking about Welsh’s musical plans, first demoing, then actually recording the tracks that would become Dream Songs at Tufts’s studio.

The album is a natural progression of Welsh’s style. In contrast to the electronic coolness of Majical Cloudz, its songs are almost completely organic. String instruments plink and crescendo on album opener “By the Daylight”; guitar picking adds a twinkling glow to the quiet romanticism of “Summer’s End.” “Take It Easy” at times feels like an old-school gospel R&B song, the way the instruments swell during the chorus, with Welsh almost yelling “I know there’s a purpose in me / And I’m getting better.”

The connective tissue throughout Dream Songs is the sense of affirmation. Welsh’s greatest gift has always been his ability to convey immense empathy, to face harsh realities and express all the pain and small joys that come with them. He still does that here, but has shifted away from personal vignettes to maybe something more universal.

“I think I end up writing songs that sort of had this salvation aspect to them,” says Welsh. “It’s going to be good, you will reach this place of self-understanding, or of love, or whatever it is. At a certain point, those ideas became really important to me—just being optimistic and wanting to be loving and to have hope and faith.”

That intent courses through Dream Songs, palatable and pulsing. Welsh sings to every listener like he’s been their friend for years, and knows exactly what to say in order to keep them going. “This is our shot, let’s not blow it with stage fright / This time we need to say goodbye,” he sings on “Vampires,” a song about the necessity of escaping the oppressive nature of a small town. But, true to form, it isn’t the implied misery that powers this song—it’s the sense of hope.