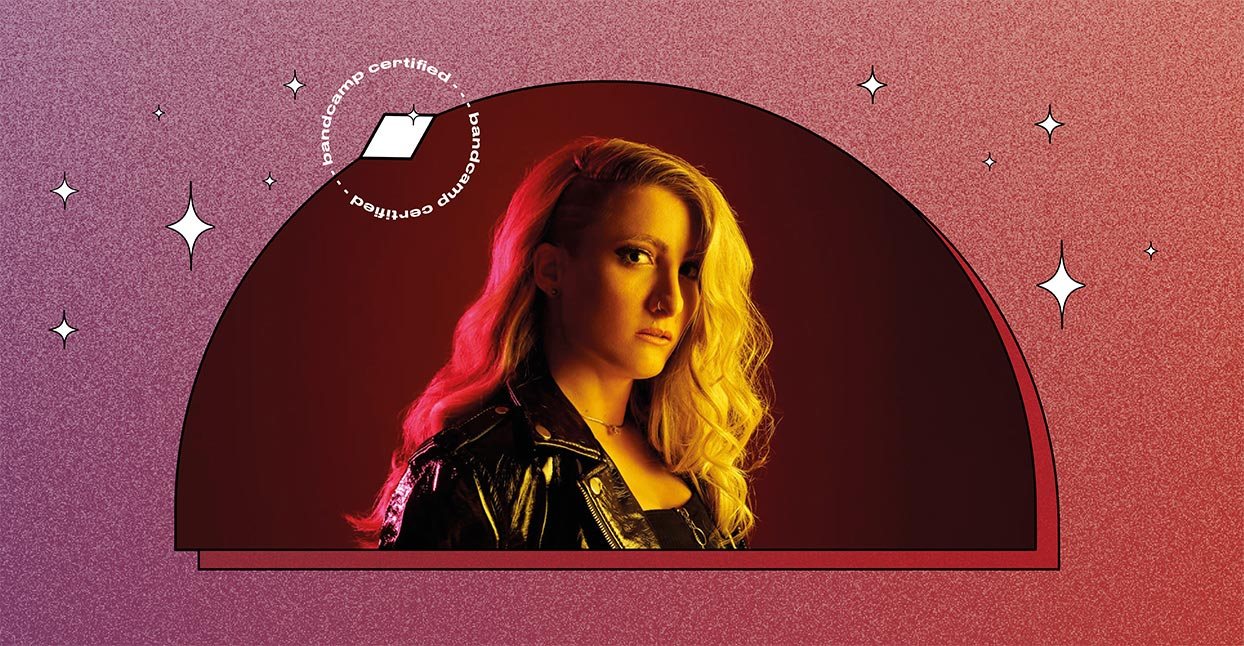 A lot of synthwave musicians like to explore the idea of a “dystopian reality.” Not so Dana Jean Phoenix; the Toronto-based artist is more interested in bringing out the humanity in machines than lamenting the loss of our pre-internet years. She even named her keytar Jareth, and was devastated when he was briefly misplaced on tour in Europe earlier this year. “The airline lost him, and I felt like a part of me had been lost,” she says. “I hadn’t realized how important it had become to me. I feel like I’m flying when I’m playing Jareth—he is my superhero cape.”

Phoenix, too, has fashioned herself into something of a superhero in her music, which combines shimmering synths and epic electronic drum rolls with her powerful, emotive voice. She’s experienced a number of uniquely modern successes: winning second place in a singing competition hosted by blogger Perez Hilton (with her a cappella rendition of Nicki Minaj’s “Starships”), contributing to the soundtracks of Netflix films You Get Me and Coin Heist, and the PS4/PC game Crossing Souls. Her varied approach means she’s not only gained a sizable following, but she has a burgeoning confidence that makes her music feel uplifting and empowering—like she’s willing her listeners to be superheroes, too.

Phoenix is drawn to synthwave’s retro aesthetics because it gives her an “infinite feeling of positivity,” and she has been eliciting these emotions since the release of her debut album Drrty Shooz in 2014. “The analog synth is physical and needs the human touch to produce sounds. In playing with the waveforms, we’re able to create sounds and patterns that are pleasing and comforting to the soul,” she says. “That’s the wonderful balance of technology and humanity that draws me to the analog synth sound.”

With the release of her fourth full-length album PixelDust, she continues to look to and learn from the past. “Nostalgia is definitely the basis that fuels my creative engine when approaching synthwave,” she says. She created PixelDust “to take you to a time before life was complicated by all of the knowledge, stress, and hard-won experience that you have now—back when possibilities seemed endless, because your world was colorfully enigmatic and very few doorways were shut to you.” This powerful feeling comes across in her live shows, where she shreds on a keytar, instead of standing static at a synth stand. “I’m a pianist who likes to rock out like a guitar player onstage,” she says.

Touring the world and releasing her music online has introduced Phoenix to the growing synthwave community around the world, and she says she’s been “gobsmacked” by how supportive it is. “I’ve toured North America and Europe and have been blown away by the passion of the community of synthwave producers, players, and patrons.” There’s such a strong scene in Toronto (including Mecha Maiko, Parallels, and Chris Huggett) that U.K. promoter Outland Presents is staging its first North American synthwave show, Retrowave Festival, there this summer, which Phoenix is headlining. She says, “It’s a great testament to the camaraderie in the scene.”

As much as she’s a part of a strong community, Phoenix remains proudly independent. “At the end of the day, all of my songs have an underlying theme of self-empowerment, even the ones that speak from a darker place. The optimism has become my own personal outlook. It’s cool to look back on my catalog and see how much that optimism is reflected.” Phoenix places her faith in the humanity of synths and of people. While PixelDust’s lead single is called “Losing The Connection,” she believes we haven’t lost touch with each other just yet. “Even as the business of music seems to become more computerized in its ebb and flow, it will always come down to human connections to keep the music moving forward.” Her rocketing synthwave songs are testament to that.