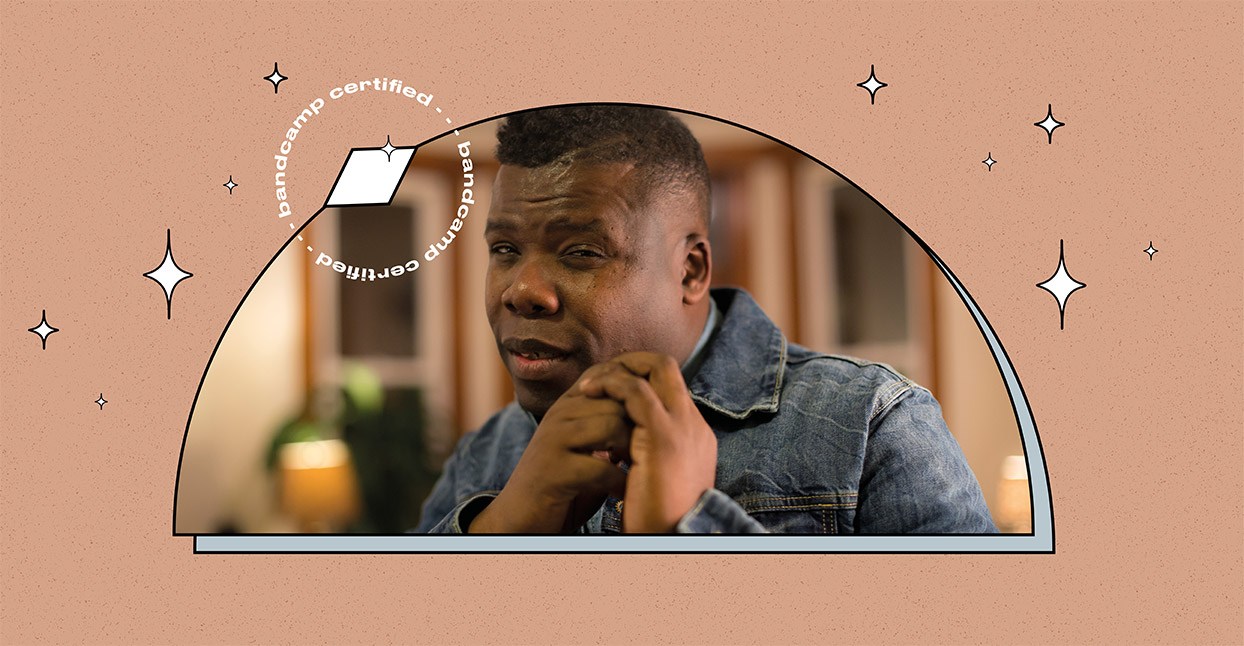 “I was a sponge,” says Chicago artist avery r. young. He’s talking about his childhood, and artists who inspired him from a young age. “Every time James Brown was on TV, I would stop what I was doing and would sing to the TV.” That early attention paid off: Brown’s influence is evident all over young’s sophomore album, tubman.—from the scorching funk breakdowns on songs like “com(b)” to the way young’s voice leaps to scrape the highest portions of his range on “sit down job.” That young would acknowledge Brown’s influence is central to who he is: an award-winning teaching artist, poet, composer, and producer whose work pays homage to those who came before him—whether it’s James Brown, or members of his own family.

“My maternal family is originally from Mississippi, and that’s what I am drawn to as far as music is concerned, he says. “[My music] is rooted in all of that comes from the Delta—the blues, the gospel, that swamp type of rock ‘n’ roll.”

young has been a presence on the Chicago music scene for decades, lending his pipes to albums by Catfish Haven and Marvin Tate, as well as Nicole Mitchell’s lauded Mandorla Awakening II: Emerging Worlds. His 2013 debut album, booker t. soltreyne: a race rekkid, examined race relations in the Obama era, closing with a tribute to Black Panther leader Fred Hampton Sr. Tubman. was inspired by young’s recently released book Neckbone: Visual Verses, a collection of musical verses brought to life with accompanying visuals. Like booker t., the album is also topical: “lead in de wattah” is a wrenching rumination on the Flint water crisis; stylistically, the song draws heavily on Gospel and spirituals to create a moving prayer for these increasingly trying times.

young’s desire to pay homage to his inspirations turns up on tubman. as well. For the acid-soul opener “sit down job,” he wanted to evoke the sound of “Jimi Hendrix playing with The Staple Singers.” The title track is dedicated to Chicago artist Jamila Woods, who is featured among the tribe of women on tubman.’s cover. The rubbery funk of “get to know a nina simone song” references Simone’s classic “Mississippi Goddamn.” There are also multiple references to soul food—not only in the lyrics, but in the album notes, which state that tubman., “is brought into dis worl(d) thru blk bone & blood; fish grease & murray pomade; pound cake sunday(s); Mama Lee’s sweet potato cobbler.”

It was an intentional choice for young, a reflection of the way he seeks to capture the Black experience: “Food is a way in which folks demonstrate love,” he says. “It’s one of those things that, if I don’t have much to give you, what I can give you is love: ‘I love you, I baked your favorite. I made a caramel cake.’ A lot of the ways in which we present love is in food.”

The music on tubman. is unapologetically Black. It’s a reminder that when you’re a part of a community, there are some things that aren’t meant to be explained—it’s more important that they’re felt and understood. “Black music is the greatest gift to race relations” young says. “Its function is not to make Black people get along with white people. Its function is to express ourselves in spite of them, and to remember that being Black is our gift and nobody else has that.”