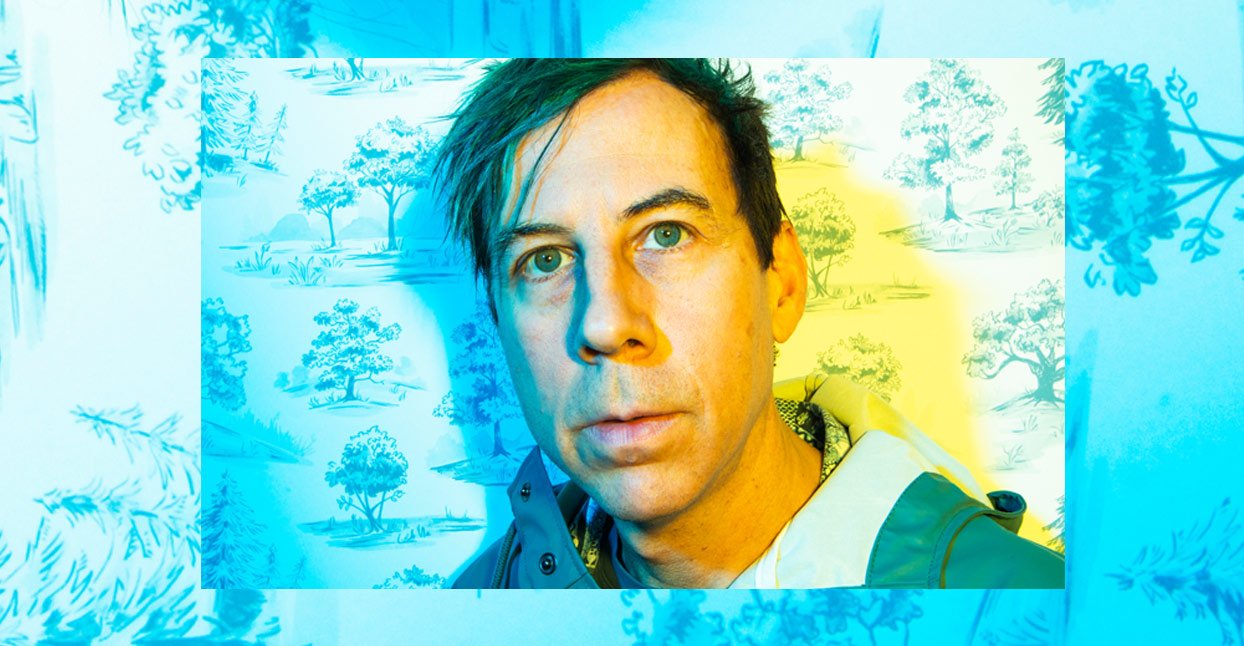 John Vanderslice is a rap fanatic. He constantly seeks out the newest voices in the genre, and proselytizes his friends on the wealth of sounds and songs available to discover. But despite his intense love of the music, he’s aware of his own limits as a songwriter. “I don’t think I’m capable of bringing in a lot of what I like in rap [to my own music],” he says. “When I hear J.I.D or EarthGang, who I think are technically very good rappers, I realize the distance between what I can do and them, in a way that doesn’t happen with, say, Celine Dion. When I hear really complicated rap cadences, there’s something in my heart that’s like, ‘God, I will never be able to touch that kind of complexity.”

With The Cedars, Vanderslice attempts the only aspect of rap he was able to replicate: “I tried to bring in more of a commitment to rhythmic information. We wanted to smear the line between drummers, percussionists, and drum machines,” he explains. The Cedars doesn’t sound anything like rap, but it does approach the genreless territory he respects in peers like JPEGMafia and Busdriver. It’s tetherless music from a musician who’s never been too keen on a tether to begin with. Here are four of Vanderslice’s recent hip-hop favorites—plus one folk record.

MIKE
War in my Pen

One of the studio interns at Tiny Telephone [Vanderslice’s studio] is named Omar. He and I connect musically pretty intensely. We saw milo a month ago, we saw MNDSGN a few days ago. We see a lot of shows together. Omar’s just ahead of the curve. He’s been following MIKE for a while. He sent me this record, because he knows I’m a sucker for that dirty, cut-and-paste style. It reminds me of Roc Marciano or something. It’s all just blurry. I like that stuff. The last Earl Sweatshirt record is like that, too.

His statement for this record was like, ‘I don’t care if you like what I do.’ But he wasn’t bratty about it. I think it’s unique to be disrespectful. And he was somewhat disrespectful to the content, which is exactly what you need to do if you’re gonna cover an artist [Meek Vol. 4 is a collection of Knxwledge versions of Meek Mill songs —ed.] We’ve heard reverent covers before. They’re terrible. It doesn’t mean that you have to amend the song, but if you’re delicately and respectfully imitating someone, it doesn’t get you anywhere. This isn’t a peak Knxwledge record, I just think it’s interesting. I like the approach, that it’s just a really weird thing to do. I think it was his 100th Bandcamp release or something. It’s so fucking rad, man.

It’s the open door thing again. It sounds like such a new way to build music. I think what separates him for me is that fidelity wise, nothing sounds like what he’s doing. The use of distortion, and this crazy repetitive use of sampling—it’s crazy. The way that it’s so aggressively cut-and-paste and so chaotically structured, but you’re forced to make sense of it; there’s a song, ‘Rainbow Six,’ the first time I heard it I was like, ‘How does this make sense?’ It seemingly doesn’t give you enough of an anchor rhythmically or melodically, but it is really structured. It builds. There’s a surprising amount of coherent stuff happening. He’s really, really good.

Haley Heynderickx
I Need to Start a Garden

When a good singer performs lyrics well, there’s a transfer of emotional energy. That, to me, cannot be faked. There’s something so vulnerable about her vocal performance on the song ‘No Face.’ I was just hooked. Then, when she starts screaming, ‘I need to start a garden,’ I found it to be an amazing record. I think it’s a singular, super weird, private statement.