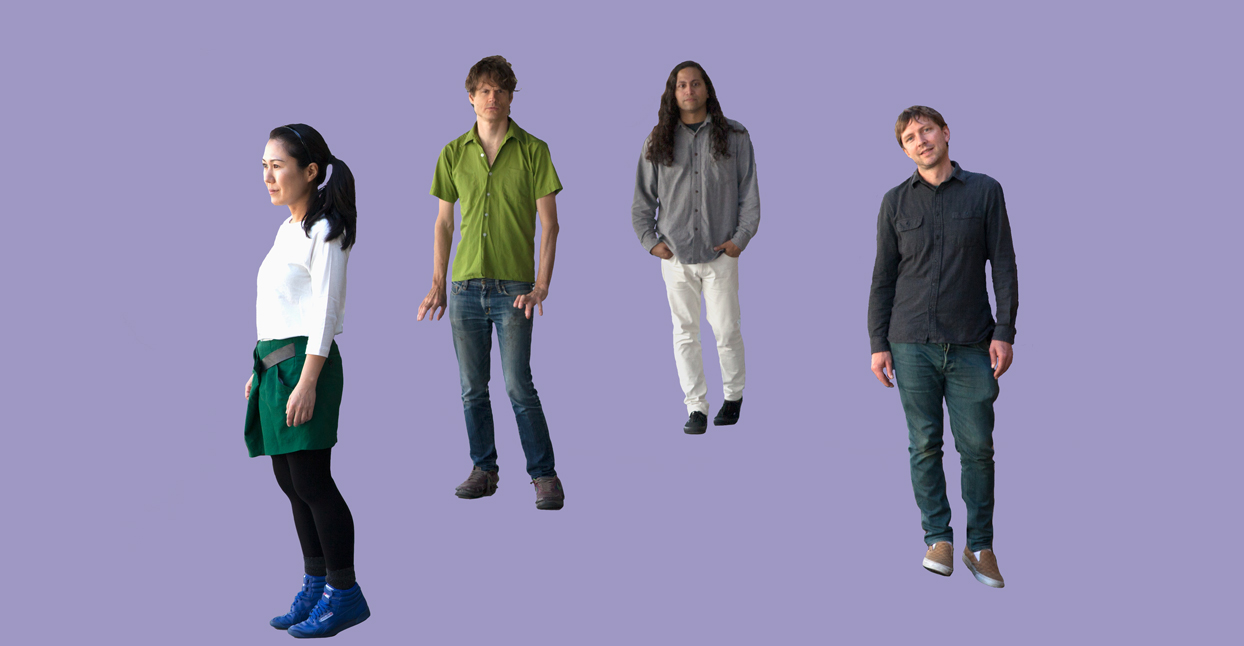 Greg Saunier admits he’s a funny choice for an interview about music. For the record, the Deerhoof drummer loves the stuff—you don’t have to dig too far into his band’s nine-album deep catalog to discover his passion for producing, writing, performing, and experimenting with music. But sometimes, it can be a bit too much.

“It’s like the busman’s holiday,” Saunier explains from his home in New York. “The last thing the bus driver wants to do when he gets a break is go on a trip. Because I’m working on music so much, I like to regenerate with silence. I almost never listen to any background music. But once in awhile, if I feel like I need a crutch, if I need some help, or if I need to be in mood X but I’m in mood Y, I’ll put on a record.”

Sure he may not be blanketing his days with sound, but perhaps predictably, Saunier enjoys records where—much like his own output—musicians take risks. Genre purists need not apply. Noise rock rebels and classical heroes alike, here are five of Deerhoof’s favorite Bandcamp finds.

The only reason I know who they are is because of Twitter, which is where I get my news. Somebody had retweeted a tweet by someone in this band, and I thought they’d made a really funny comment. I looked at her Twitter profile, and found that everything that she said was really funny and piercing. So I tried to figure out who she was.

I found out the band is based in New York, and I hope I will become friends with them. The music just seemed very DIY on the surface—someone described it as sounding like ’90s music. That made me feel like, ‘Oh, am I just some conservative music listener who just wants to listen to music that sounds like when I was younger, and when Deerhoof started?’ But the music here is not being done in some overblown, retro way. It seems completely down to earth. It wasn’t presenting itself like it was in some ’90s drag. While artifice is totally fine, it can fatigue a listener. I was very surprised that I made it all the way from the beginning of this record to the end and never once felt like I was getting tired of it. Even though it’s noisy and dissonant. It had a lot of the red flags that might make me feel like, ‘Oh no, not another one of these bands.’ It’s noisy and progressive, and it had a lot of funny time changes—stuff that you’d think would put it in some kind of pigeonhole. But when I listened to it, it just sounded like some people having a very casual conversation with me in a way that I found endearing.

I had been cursing the world of classical music for several years for always recording everything in a large concert hall or a large cathedral—or, if they’re really hard up for budget, in a small concert hall. I just couldn’t understand why it was always the same sound. I was getting desperate in the search for classical music that was recorded in a different sonic environment. I previewed this, and it was a violin player that I had never heard, of playing a composer that I had never heard of.

The first thing you hear is this violin that’s being bowed as quietly as a violin can possibly be bowed, and she was doing it right up to your ear. Instantly, years of my frustration felt completely vindicated. This is so much better! And then three seconds later, it sounded like the same violinist was playing the same piece in an echoing cavern. I was like, ‘What is going on here?’ Then I realized that she had played the piece in various locations and edited together a performance that switched places in the middle of the piece, all the way though the album.

This woman is really on it! She’s not just not recording in a concert hall, but she problematizing the whole question of how classical music should be recorded. It was stunning. This was completely atonal, really difficult to play on the violin. It’s definitely not anybody’s stereotypical background music. It’s music that demands a lot of concentration and is quite difficult to understand. It comes out of nowhere and rejects tradition.

Blank Spell was a band from Philadelphia that got added to a Deerhoof bill by the promoter. We had nothing to do with the choice. By coincidence, that very day were also in the middle of planning the subsequent tour, and the band that was supposed to come with us on that tour suddenly had to cancel. What in the world are we going to? We’re screwed. How are we going to find another band in two weeks on no notice?

I walked into the room [where we were playing that night], and the first of three bands is taking the stage. They start playing, and it was it, the problem was solved: This is the band we had to get on this tour. I am desperate to hear Blank Spells every night. Every note of the song was absolutely urgent. There was no, ‘We’re going to slow it down now,’ there wasn’t even a whiff of, ‘Let’s tame it down a little bit.’ Those guys, the three of them, were absolutely chomping at the bit. It was this crazy thing where, when you see them play, the look on their faces is, like, confused. They’re just looking around confused at the audience. Then the song would end and the drummer would look around nervously like, ‘What am I supposed to do now?’ As forceful and brutal as the songs are, it’s also not a put-on. They’re not forcing it. They’re neither trying to tone it down or exaggerate. This is what they get together a couple times of week in someone’s basement and do for fun.

In Poland, Deerhoof is on a Poland-only label called Lado ABC. It’s one of the most unlikely success stories of modern times. We met a band on the label called Baaba at a festival in Saint Petersburg. Their drummer was playing drums for this band, and is also the founder of Lado ABC. On that tour, I had what could generally be considered a pretty weird drum set. It was only a bass drum, snare drum, a cowbell mounted on the bass drum, and a cymbal. This band is soundchecking and they have the same setup! And then the drummer stands up, and he’s my exact height. It was like we were separated at birth. This guy was my twin! I couldn’t believe it. He heard us play and felt exactly the same way. It turns out, he’s really easy to be friends with.

So we stayed in touch and toured together, and ended up collaborating on stuff. Every time we went to Poland, they’d set up shows. He’d send me care packages of the 20 things the label, Lado ABC, had released in the last three months. Every single one has a full-color, embossed cover. There’s a book inside and cutouts on the paper, and it’s recorded with a full orchestra. How in the world can [they make] all this avant-garde music that no one listens to, with the highest budget printing and artwork, and [still be] absolutely thriving? Nothing about this makes sense! I continue to be baffled.

One of the releases that really stuck out to me was by this guy Marcin Masecki. He had recorded Beethoven’s last three piano sonatas. Famously, Beethoven had long since been deaf by that point. So what did Masecki do? He sat down at the piano, stuffed his ears with toilet paper, then put on noise canceling headphones, and then something else on top of that so that he could hear absolutely nothing and was completely deaf. I was fans of those works already, but these are the most beautiful takes that I’ve ever heard. We played a show in Warsaw, and he was the opener. [He] rolls up in his guitar with this piano in the car…and plunks it down on the stage. He’s the second of five bands in typical Lado ABC style. He proceeds to do this improvisation of the craziest and funniest and most absurd sounds. Almost like Andy Kaufman on the piano. It was so funny and so deep and beautiful.