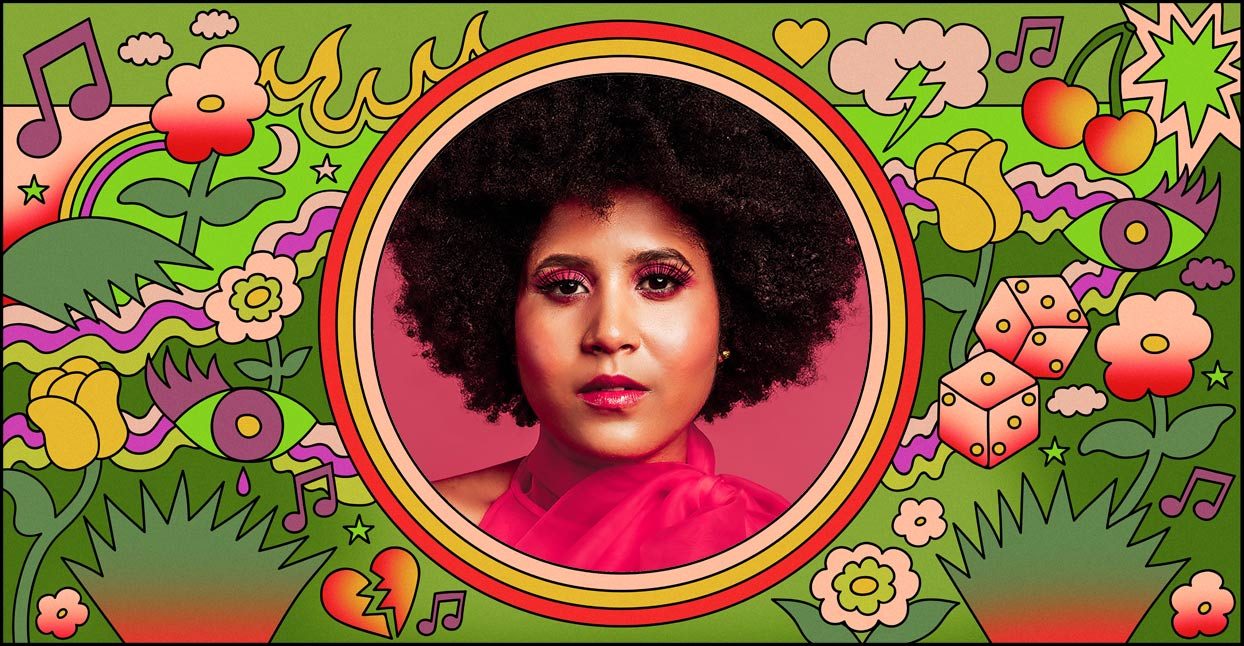 This month’s soul artists are songwriters that remind listeners that music is not just for partying but also self-reflection.

“If I don’t know how to love / Then I’ll hurt the one I try to love,” sings Cecily on “Clumsy,” the opening track on her new EP, Awakening Pt. 1. The album marks the Washington, DC vocalist-songwriter’s second appearance on the soul column, and with good reason: Awakening’s four sparkling tracks are full of wise words, sung in a clear, gorgeous soprano reminiscent of Donna Summer’s “Love to Love You Baby.” Her top-notch songwriting blends thoughtful self-reflection with a gentle, jazz-influenced sound.

Cecily’s greatest strength is her ability to deliver unvarnished truths and affirmations without ever sounding heavy-handed. On the moving “Set Myself Free,” she sings, ”I forgive you to release you from shame / I forgive you, but don’t call me / I forgive you, though I know I’m not to blame / I have more love than pain.” Awakening Pt. 1 highlights Cecily’s voice and affirmative lyrics.

Pieces of a Man
Made in Pieces

Pieces of a Man is a six-member collective that hail from Manchester, U.K. On their debut album, relationships—with others and with oneself—take center stage on tracks that deal with commitment issues (“Running”), regrets (“Drifting”), and the pain of things left unsaid (“Listen”).

Vocalist Illya has a light, casual singing style; at times, it sounds like he’s improvising lyrics on the spot. The songs are supported by strong backing vocalists who lend the songs a gospel edge, like on “Walk Out (Intro)” and “Nothing to Lose (Part I).” The production, by Zed Bias, is strong throughout, and the band draw on soul, funk, hip-hop, and jazz to create easy, laid-back grooves. With honest, relatable writing and a fabulous backing band, Made in Pieces is a worthy listen.

“There was a time / There was a place / And I could feel it / Love was all over the play,” croons legendary gospel-soul queen Naomi Shelton on “My House is Small (But I Dream Big).” It’s a gem of song, and Shelton’s presence is a big score for a band making sharp retro soul. Topically, As the Screw Turns is focused on the daily grind: namely, surviving on your paltry earnings in a world that sometimes feels full of hate and heartbreak.

Besides the standout Shelton feature, As the Screw Turns, introduces a dynamic new soul voice in Jason Joshua. Joshua is gifted with a great voice, and his passionate sound is highlighted on “Canned Champagne,” a song that earns him a James Brown comparison. On the “The Opportunist,” his raw, grainy vocals resonate with genuine heartbreak as he describes a woman who used him for all he had, then abandoned him. ATST also features fantastic instrumental tracks like “Dr. Red Teeth,” which showcase the band’s skill at creating animated soul-funk.

While Scone Cash Players bring the past into the now, John Culbreth’s Magic Box make soul that sounds like it’s from the far future. Difficult to categorize—electronic neo-soul, maybe—every song is filled with mystery and glamour.

“Magic Box Overture,” featuring Sasha Masakowski, could be a soundtrack straight from a modern remake of Devil in a Blue Dress. Luxurious production puts Culbreth’s trumpet atop ethereal vocals, provided by a sterling cast of singers. “Gokarting,” featuring the Auto-Tuned vocals of Swatkins & Es-K, wouldn’t be out of place on an album by soul singer Casey Benjamin. Clearly drawing from midnight jazz and hip-hop-infused soul, it’s the album’s standout moment.

Marrissa Joy has a way with words. In her piercing voice, the singer-songwriter describes the taste of her lover’s skin on “Vibrate.” As her voice revels in the carnal pleasures of love—backed by just an acoustic guitar and her layered vocals—the track takes a quick turn, revealing that the emotional side of love is not as easy as the physical. It’s that beautiful ability to capture both sides of an experience in one song—the triumph and the challenge, the loss and the lesson—that showcases Joy as an assured songwriter unafraid to take her music into deep emotional waters. “Dancing” is somber and quiet, with lyrics about finding strength and confidence even in the face of life’s challenges. Joy quietly demonstrates gratitude throughout the album, singing, “Divine hands have made me / Every card’s a gift if you know how to play it” in “Cold Coffee.” It’s a wonderful album from a talented new voice in soul.