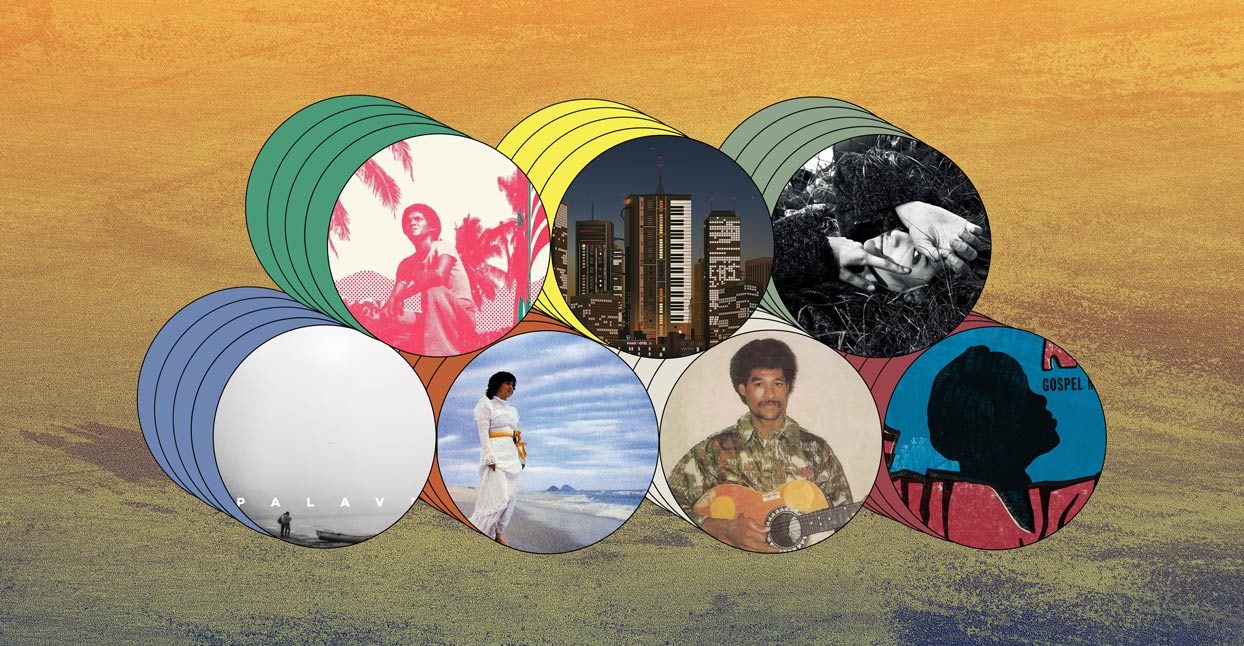 Steve Hiett
Girls In the Grass

Reissues of Girls in the Grass and Down On The Road By The Beach had already been given a planned release date when musician and influential fashion photographer Steve Hiett died on August 28. These retrospectives were produced in coordination between labels Be With, Efficient Space, and Hiett himself, and should now help secure his musical legacy. Available for the first time outside of Japan, Down On The Road By The Beach has received a physical release only, though the previously unheard Girls in the Grass is available digitally. Mined from what compilers describe as Hiett’s “Paris tapes,” recorded between 1986 and 1997, the lo-fi instrumentation on Girls in the Grass displays his stoned guitar style well, as though the analog tape that housed the music for all these years has been heavily warped in the sun. Pleasant music that betrays the sadness surrounding its release.

Abdallah Ag Oumbadougou puts his own twist on the Tuareg guitar genre, a distinct form of folk music born in the harsh backdrop of the Sahara desert. On 1995’s Anou Malane—credited as one of the first studio albums of Tuareg guitar—Oumbadougou, a native of Niger (a developing nation, four-fifths of which lies in the Sahara) adds extra body to a storied sound. Originally helmed by producer Nel Oliver—and newly restored by Jessica Thompson for Sahel Sounds—the rubbery production on the electric guitars, drum machines, and synthesizers actually have more of a 1980s flavor, reinvigorating these Saharan political anthems and providing the tuneful backdrop for Oumbadougou’s textured vocal performances.

The Brazilian singer was only in her mid-30s when she lost her battle to cancer, but she left behind a recorded legacy with her albums Ninguem Vai Me Segurar (1974) and Ana Mazzotti (1977). Now, Far Out Recordings is reissuing these obscure LPs, casting Mazzotti’s musicality in a brighter light. Backed up by several members of Azymuth, Ninguem Vai Me Segurar features Mazzotti’s soft vocals over surly bossa nova and samba-jazz arrangements. Ana Mazzotti is essentially a redux version of her independently released debut album as the star chased more commercial success, though paradoxically, the new arrangements feel even more intimate. Hear how the clearer production values on “De Um Jeito Só” showcase the singer’s poise. Mazzotti would go on to study under the legendary Hermeto Pascoal but, sadly, would never again be afforded the opportunity to lay her talent down on wax. Good thing we’ve got these reissues to remember her by.

Ebo Taylor has been a staple of the countless West African compilations that have come on the market in recent years; consider his standout track “Twer Nyame” from Strut’s Ghana Special: Modern Highlife, Afro Sounds & Ghanaian Blues 1968 – 1981, an indispensable set for anyone seeking to understand this exceptional time and place for music. Palaver is a previously unreleased set from 1980. Recorded in a single day by Taylor and some of his key lieutenants—George Amissah, Mat Hammond, George Kennedy, George Abunuah, among others—during a club tour of Nigeria, it’s a fine encapsulation of Taylor’s methodology, the light guitar licks and prominent horns complimenting his singer’s melodious messages. “Help Africa,” for example, is a passionate recruitment drive for those who’d fight for freedom and justice all over the continent. Taken all together, Palaver is a fine work from one of Ghana’s master craftsmen, thankfully rescued before it became lost in time forever.

Madagascar has been an untapped resource for African reissues over the last few years but this set quickly snaps the island nation’s raucous funk, psychedelic rock, and pop music into focus. Compiled by Strut, Alefa Madagascar draws from 1974 to 1984, highlighting the nation’s popular salegy genre, traditional ceremonial influences, and an a cappella chanting style of vocals called antsa. Songs such as Roger Georges’s “Mama” feature those rapid salegy rhythms. Elsewhere, the grubby recording of Los Pépitos Et Leur Ensemble’s “B. B. Gasy” captures a live jazz fusion workout. Conspicuous by his absence is Jaojoby, considered one of the architects of modern salegy (that emerged in the 1970s), but we do get “Izahay Mpamita” by Mahaleo, a folk band that first performed together during the rotaka student protests at their high school on May 13, 1972. The demonstrations eventually led to the ousting of Philibert Tsiranana, Madagascar’s first president, who had been in power since 1959. Mahaleo still perform to this day.

The guitar solos on Gioia’s instrumental cut “No Secrets” will send you scrambling for the song’s credits to check it wasn’t another moniker taken up by The Purple One. Night City Life is compiled by record collector Ilan Pdahtzur and said to be inspired by the London skyline, which isn’t an obvious touching point. For me, this is music that closer resembles 1980s Miami—or at least the pop culture vision of it—making it essential for anyone looking to indulge in the sins of the Floridian city. This isn’t just a collection of tracks, but rather a cityscape built of drum machines and synths, bathing in a tropical neon glow.

We get it—the word “spirituality” in the title of this comp from Luaka Bop might read as a turn off. Church and gospel music is usually filed in a whole other cabinet to the often unsanctified sounds of pop and soul. But World Spirituality Classics 2: The Time For Peace Is Now is filled with obscure 45s found across the American South about the desperate, often doomed, condition we call being human. Gospel music usually presents faith as the great solution to all problems; even modern stars like Chance The Rapper are sometimes dubbed gospel for writing songs that buy into that idea. This, though, is spiritual music driven by sober, candid truths: life is hard, man’s will is weak, and sin is inescapable. Rev. Harvey Gates’s voice sounds practically defeated on “It’s Hard to Live in This Old World” and “The Price of Love” as he sings about pain and heartaches. World Spirituality Classics 2 is a sermon, though, that ends with hope: The William Singers’ “Don’t Give Up” promises a brighter day with the kind of smooth funk that makes us happy to exist in the here and now.