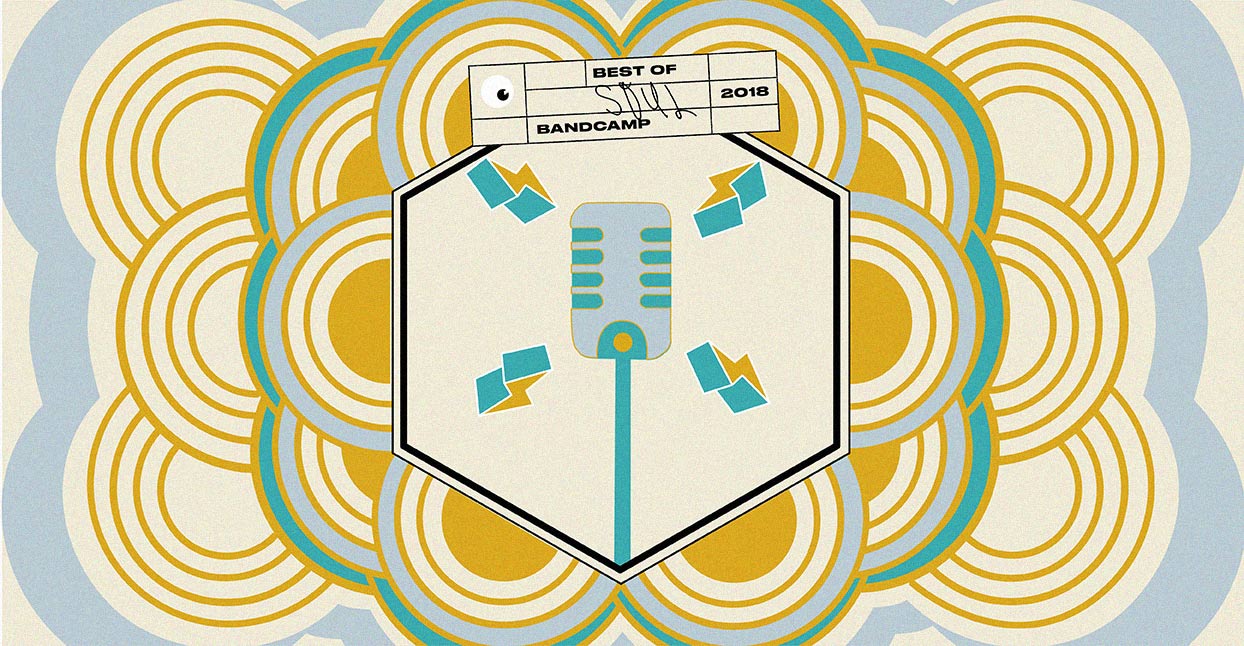 It was a fabulous year for soul.  It took us from the streets to the heart, from the political to the personal. Without further adieu, here are the best soul albums of 2018.

Allysha Joy’s voice hits like a force of nature. It’s powerful and passionate, with a soulful husk that betrays a strength way beyond her years. Acadie : Raw, her debut album, is captivating and fiery. From “Honesty” to “Know Your Power,” there is not a weak track on it.

It was easy to fall in love with Amaka Queenette’s latest EP, Vacant. Equally vulnerable and revelatory, its sound incorporated jazz (“Show Me”), neo-soul (“Neighbours”), and gospel (“Independence”), with an innate elegance throughout. Let’s hope 2019 brings more music from this talented Toronto singer.

Cecily
Songs of Love and Freedom

It’s striking to hear a voice from the past re-emerge in new form. Cecily’s sweet soprano evokes the icons that came before her; one listen to “Pisces,” and singers Deniece Williams and Minnie Riperton might come to mind. Songs of Love and Freedom was a bright and illuminating album that made self-exploration and self-love feel joyous, safe, and expansive. And it remains a lovely soundtrack for the year of love and exploration ahead.

Dwight James and his five-piece band, the Royals, are making the kind of blues/rock/soul fusion that feels like a warm shot of whiskey on a cold winter night. With an expressive voice and stories of loss, heartbreak, and longing, Need Your Loving feels like a modern soul classic. If the music of artists such as Gary Clark Jr. and Alabama Shakes are up your alley, then do not miss out on this soul/blues gem; it’s a must-hear.

Felivand’s In Bloom is the kind of EP you find yourself listening to alone; it’s deeply intimate with a searching quality that’s remarkably hypnotic. Felivand’s delicate soul, luxurious voice and contemplative lyrics take you on a journey, one that’s hard to leave behind after it’s over. Look no further than “Recollections” as the perfect example of that.

Jenny Penkin
Him, On the Other Hand

After listening to Jenny Penkin’s filler-free EP Him, On the Other Hand, you may feel like you know her. From sharing her love of daytime fantasies (“Daydream”) to the frustration of watching herself make the same mistake repeatedly (“Trouble Instead”) to the delicious feeling of newfound worthiness (“Born Last Night”), the Moscow-born, Tel Aviv-based singer’s EP is relatable on every level. That, along with her fantastic voice and use of kaleidoscopic rhythmic sounds, simply makes Him, On the Other Hand an exciting listen from its first track to its last.

It’s a tough world out there and Nu Dust’s poet and vocalist, AhSa-Ti Nu, is not afraid to call out its hypocrisy and ugliness. This EP is the first official collaboration between Nu and guitarist/producer, Dust Collector. The pair put truth to power on take-no-prisoners tracks like “No More Rising” and “Black Sun,” and in a year that’s inspired many artists to speak up against racism, propaganda, brutality and corruption, Nu Dust’s self-titled EP is one of the most important releases among them.

Whether Rev. Lewis was a reverend or not didn’t matter, because after opener “Legato,” it’s clear he was taking you to church anyway. Lustful, intimate, and honest in ways most only experience in the private moments between lovers—the good ones (“Sweet Nothings”), and the not-so-good ones (“Care”)—the Dayton, Ohio singer-songwriter’s sensual, lo-fi debut is an exciting musical foray into the many shades of love.

Sum’s self-titled debut is an electrifying fusion of jazz and soul created by New York-based musician Steve Belvilus. Besides gathering a stellar band that brought his jazz-inspired soul alive, lead singer Patryce Williams’s joyful voice showcases a stunning ability to move through the genres to set the album on fire. Their uplifting sound offers a peaceful refuge on those days where music is the only thing that can transform your day into something celebratory.

It’s jazz, it’s soul, it’s pure musical luxury. Opening track, “90 Degrees,” sets the tone of warm, lush soul to drink, love, and groove to. The rest of this Nottingham, U.K.-based songstress’s album lives up to its beauty. Why so few tracks? is the only complaint one could leave with.