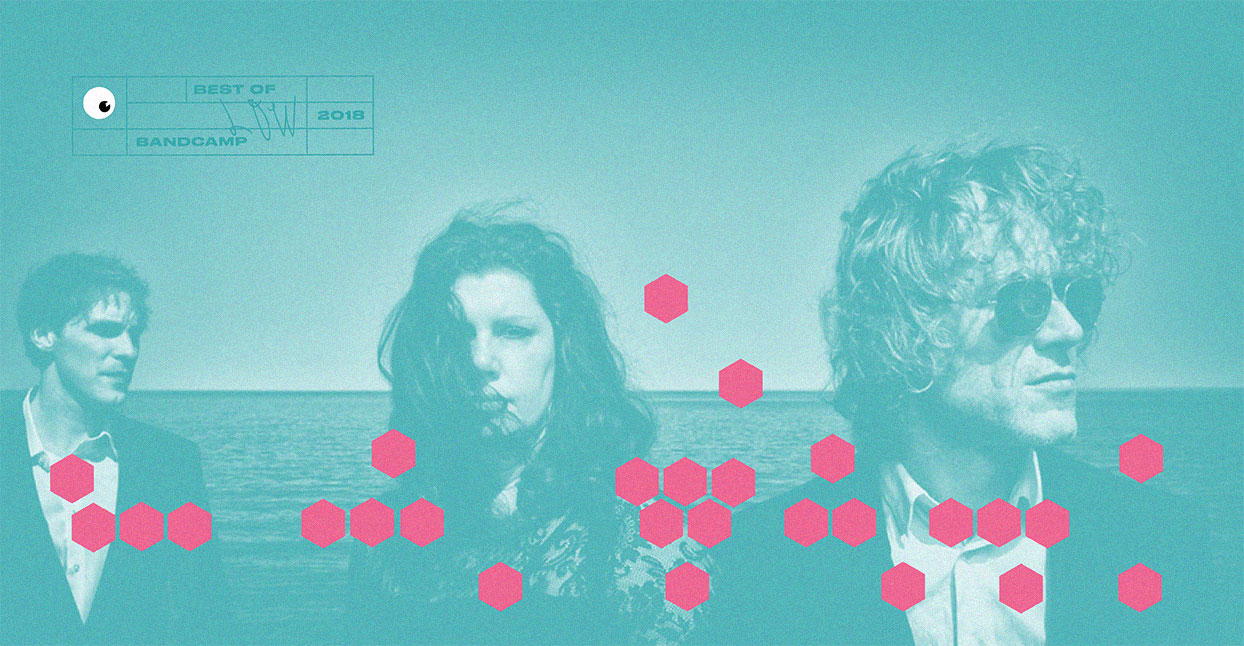 For our “Artist Reflections” series, we asked artists responsible for some of the year’s best records to discuss a topic that’s been close to their hearts over the last 12 months. In this piece, Alan Sparhawk discusses a life-threatening injury and how that impacted the making of Low’s most adventurous record yet.

[When] we’d already started on [Double Negative], in early 2016, I’d been out skiing with my kids. I’m not a great skier… And I wiped out, doing just the dumbest thing, making a turn. The problem is that I’m in my late 40s, and when you’re in your late 40s, you don’t hit the ground the same way you do when you’re 19. I shattered my ribs on the left side, in, like, five places, and I punctured my lungs. It was really intense. I hadn’t really experienced anything like it in my adult life. It’s really interesting, the adrenaline that starts pumping through your body… You’re just like, “Something is wrong, something is so wrong right now, I have to get to my car and go in [to the hospital].”

I called my wife [Mimi Parker, also in Low], and we had to find someone to find the kids and get them home. It ended up being this long ordeal. If you ever wipe out, if you fall, if you hit your rib cage hard and you’re like, “Whoa, that really hurts,” if you’re holding where the wound is and where you think it’s broken—if you feel little bubbles in there, almost like you have club soda in your muscles or under your skin, your lungs are punctured. If it’s really extreme, fluid will get in there and that’ll be a problem.

For the next, like, eight months, I was in pain. For the first two months, there’s the pain of the break. You can’t sleep. You lay in any position—there’s maybe two positions you can lay in. Even those, you’ve got about 15, 20 minutes before something starts pushing in a weird way and it gets really uncomfortable. So first two months, not sleeping. I didn’t take any pain meds. I took those for about the first week and then I was like, “Well, this makes me so nervous.” Because I know myself. I don’t drink. There’s a lot of stuff I don’t do, because I know myself. Pinched nerves—that process, a pinched nerve on the right side, was almost worse than the break. So that added another two or three months. I was going to physical therapy for a long time. Anybody that knows me and was around me all that time knows. I was just walking around like, “I have to find a way to sit down, I have to find a way to not lose my mind.” It was so bizarre. It just really occupies your mind, it really twists things up.

We didn’t know what the process was going to be. We had songs, we were experimenting with some pieces of gear, going “This makes a sound. Maybe we’ll figure something out, see if we can make something out of it.” We really went in looking to the unknown, knowing that we were working with someone we knew would go as far as we wanted. BJ Burton, who produced the record, was really vital, and really completed the picture. We did a lot of trying things and failing. A lot of “Hey, I got this song, I think I know how to do it.” And then realizing “Nope, OK, let’s try it a different way. Nope, that’s not working either.” Looping back to the whole injury process, I have to believe that it did something to my [songwriting] process. It made me frantic enough for about a year there. It gave me time enough to stand around in the dark and see what would land. The process of the record was waking up out of this stasis, this fight-or-flight, conscious pain and distraction. Slowly awaking into consciousness, the record forming as that happened.

This record took a long time. It’s the first time we’ve ever done that, where we work for a couple days, go home for a few months, do a tour, go back in the studio for a few days, go back home for a month or two, go back in… it was stretched out over a year and a half. So this initial process, we were generating ideas, we were generating fragments. I look back and am shaking my head at that time—I don’t know. I feel like [my injury] had to have been a huge influence. The effect of this record is quite different. It was definitely quite an extreme step for us.

Certainly what’s going on in the world, and the election, it definitely had bearing on [the album]. We’re a pretty conscious band. The three of us are all thankfully on the same page politically, morally, and socially. We look at the world with a sense of justice. It’s been a real blessing to have a very tight creative group; it’s so vital, when you’re in the recording process. It really determines whether something works or not. I don’t know, politics and all that—it’s more than government, it’s more than social structure. It really does define: How do you interact with another person? Who do you think that other person is? Politics really dictates that. Do you look at this person as an Other? I think we’re seeing that that’s at the core of it. It isn’t about “Oh, I’m really concerned about saving the government money for the future,” or whatever, it’s how you view other people, and how you see another person’s right to exist and be who they are.

From the beginning, if you make records, you’re faced with, “Well, someone’s going to bother putting this out and bother putting it in stores and bother promoting it, I hope something resonates.” You hope that some people will like it and pick up on it. Even earlier than that, in the initial songwriting process, of course, as you’re writing a song and it materializes and you see its light and you’re like, “Oh, this is working”—of course, part of that comes with the thought, like, “Oh, I can’t wait for someone else to hear this.” Or, “Wow, I wonder if this will do the same thing to someone else when they hear it.” It harks back to being a kid, listening to some of your first favorite stuff, and it really hitting you and really resonating. Just being like, “Oh, I can’t believe how much this music goes into my soul.” And eventually it’s like, “I want to be part of that process, I want to make something that goes into someone’s soul.”

It sounds a little mystical. Of course, as post-modern rock artists or whatever, there’s something of a taboo about admitting that you want people to hear what you’re doing or like what you’re doing. Basically nobody wants to admit that they hope somebody likes it. You’re cool, you don’t care. But I do care, and especially when a song really works, and it really seems to have a genuine, selfless spirit there, and maybe there’s a vibe there that seems to be counter to the insanity [of the world], maybe this’ll be of use to somebody, maybe they can hold that… so you’re always sort of thinking about that. There was definitely a point when we were making this record when we thought, “Wow, this is going to be really far out, this is going to be kind of extreme. I don’t know if anybody’s going to get it…” We were pretty resigned to the fact that it could be the least popular record we’d ever done. But it just felt so strong to us, and it felt like the right thing to do, and the right moment for us. It felt like the culmination of a bunch of things that we were working really hard on.

-As told to Jes Skolnik