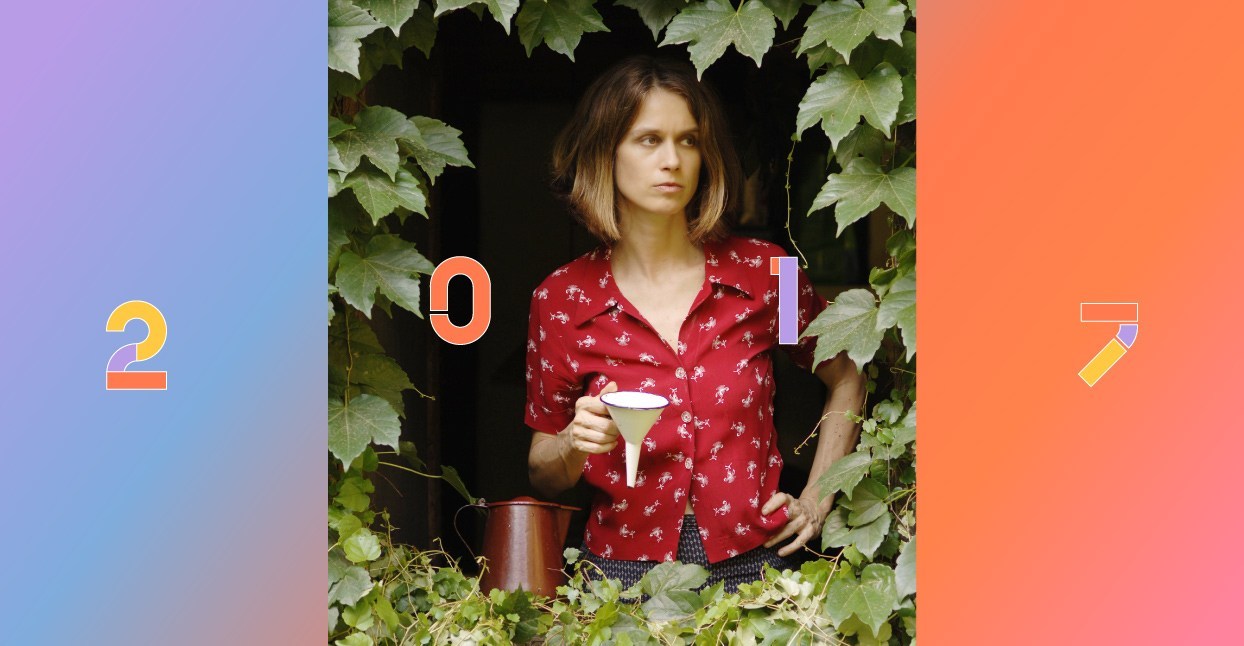 The adventurous songwriter on new ways of looking at music.

Music is a huge universe, completely separate from what’s happening in the news. That’s why I also think I like music from all over the world, even when I don’t understand the lyrics. It’s because I am into music, I’m not into the message of the lyrics in general. I think this happens because I grew up listening to music in languages that I didn’t understand and that’s the reason why I was able to penetrate the incredibly beautiful world of abstraction in music. And when you have the ability or possibility to get completely absorbed by that abstraction, it’s not only the world that disappears, you yourself disappear. I disappear. There’s no more thought. I don’t think, and when I don’t think is when things happen. A connection emerges, like a medium between the instruments or the voice (even if it’s me singing) and something else that’s out there, I don’t know where it is, but somewhere you disappear and things find a way to be perfect.

I am moved by wordless music and by the musicians who are able to transmit that. There’s another type of musician, the singer/songwriter-type, who writes a poem or lyrics through which they want to express something, and are doing that in the context of music. So of course that reaches many more people, but in a different, verbal way. As far as I’m concerned, I don’t know the lyrics of the songs I love the most. I only notice lyrics when I don’t like them, and I’m very much into this abstract part of the music—when it has its own language and you don’t need verbal language. Language is so arbitrary that to define an emotion, you have to translate into words. If you’re not an amazing poet, you can’t do that. If you can’t do that, then lyrics are a problem to me. I always try to disguise the lyrics in the melody. They need to sound like the melody did when it still didn’t have the lyrics. The words need to fulfill the same function that the wordless melody did when I first made it up. That’s why in many of my songs I don’t sing lyrics because I couldn’t find anything better than the first sounds I recorded. When the idea is there, I interpret the idea with whatever I have on hand.

This year has been exhilarating. I played fewer venues than on my previous tour, and the gigs have been so much better, the audience, the crowds that came were bigger. This year I grew as a live musician. All those fears that I’ve had since I was a little girl, they’re almost gone, but it’s taken me my whole life to get rid of them. I can see the joy of the audience now and compare it to how they reacted before. It’s so different that I would like to knock on the door of everyone who went to my previous shows and say, “Please, may I invite you to this new one. This one you will enjoy…” I think in the quality is so much better, three million times better now. I feel it while I’m playing and with the other musicians I’m playing with. I think I’m transmitting something that I wasn’t able to transmit before. I used to feel that only a few people in the audience were attentive enough to read what I was trying to say but it wasn’t an immediate connection. And now I do have that connection.

The most important thing is that I’ve grown not as a musician, but as a person on stage. I am able to do what I have to do and have fun and make people have a good time. So it’s like a feedback loop that comes and goes between them and me, at the end of the show everyone is happy that I wouldn’t change for the world.

This year something happened. I loosened a lot—I don’t know what was there that was holding me back. I’m not saying I’m at my peak because there’s more to come but I think there’s something new and I think it’s shown in the past three months only. I remember a terrible show we had where nothing worked, they hadn’t rented our keyboards, we didn’t have any instruments to do the show. And it was an important show at a festival and it was the most ridiculous thing where you had a turning stage so we were there still trying to figure out what to do and all of a sudden the stage turned and we were in front of all these people. It’s like OK, what do we do? And it was one of the best shows ever because we had to make everything up, on the spot. I only had the guitar and some effects and the keyboard player just had a keyboard he had to make something up with that. And a drummer. So I sang things that are usually played with other instruments. I don’t know what we did but it was magical. It was so good. I thought we should always have a surprise like this, so we have to improvise. It’s like jumping from a trampoline and you don’t know how deep the water is.