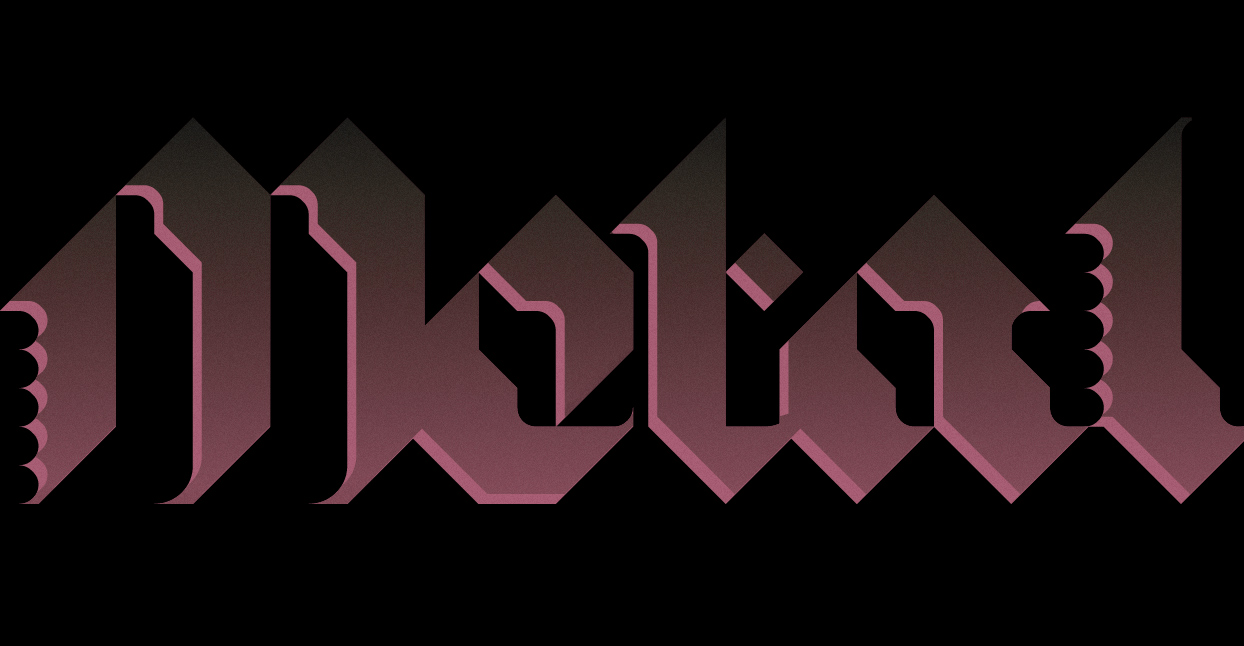 2018 is already shaping up to be a great year for metal, but before we dive in to the year’s first batch of new releases, let’s quickly turn our attention back to 2006. Watching from a Distance, the second LP by the U.K. doom band Warning, is in a class of its own for its combination of regality, melody, heaviness, and sheer emotion. It shares some of the lugubrious motion of funeral doom, but it also transcends that genre, with Patrick Walker’s soaring, despairing vocals leading the way. Watching from a Distance is also the final Warning release—though the band did recently reunite for a series of brilliant live shows where they played the album in full. Despite its hallowed status, the album has had a tumultuous afterlife, spending much of the last decade out-of-print and unavailable digitally, as rights have changed hands between labels. It’s finally back on Bandcamp, along with the rest of the Warning discography, via new label Cappio Records. If you haven’t spent time with Watching from a Distance yet, don’t let it escape you any longer. Now, onward to January’s best metal releases.

Summoning
With Doom We Come

For 25 years, Protector and Silenius of Austria’s Summoning have been black metal’s foremost Tolkien scholars, offering up a string of remarkably consistent records set almost exclusively in Middle-earth. The geeky fan service is certainly part of the duo’s appeal, but you don’t need to know Isildur from Isengard to appreciate the meticulously constructed melodic black metal of With Doom We Come, Summoning’s latest album and first since 2013. On songs like “Carcharoth” and “Herumor,” the band continue their progression toward an ever more keyboard-driven sound, with synthesized strings, horns, and choir holding most of the melody lines, while programmed drums pound out a martial beat below. That’s not to say guitars aren’t still a critical part of the mix. Protector’s tone is the sound of ’90s black metal incarnate, and his hypnotic riffs are the glue that holds these songs together. Closing track “With Doom I Come” is the album’s most impressive showcase of this latest phase of Summoning’s evolution. It’s densely-layered and epic, with an uncountable number of synth tracks playing together over a classic Protector riff for much of its 11-minute runtime. Protector also sings perhaps the catchiest chorus in Summoning history, “There once and long and long ago / Before the sun and moon we know / Were lit to sail above the world / When first the shaggy woods unfurled.” That’s a verse from Tolkien’s semi-obscure Beren and Lúthien, but in Summoning’s invocation of the lines, they manage to build a new world of their own.

The inscrutable death metal collective Portal built a cult following by playing music that truly sounded like no one else’s, and by burying it in enough production murk to obfuscate much of what they were doing. The degree to which the band’s fifth LP, Ion, sees them pull the curtain back will likely be overstated—it’s still a difficult, demanding album—but it’s now undeniably easier to hear the constituent parts of the band’s inimitable sound. Critically, that means we hear every note of the churning, dissonant guitars of Horror Illogium and Aphotic Mote, playing twisted riffs in bizarre time signatures, but never falling out of lockstep with one another or the rhythm section. With the guitars drawn into such sharp focus, it’s even clearer that Portal are playing a completely different compositional game than their peers. These songs are intricate puzzles that sacrifice none of their esoteric atmosphere for their technical wizardry. The Curator remains one of the best death metal vocalists in the world, his dusty growl channeling the crazed chants of Lovecraft’s Cthulhu cultists. Ion will likely continue to reveal itself over the course of the year, but even in January, it’s easy to tell that it’s another uncompromising work of brilliance from one of metal’s all-time oddities.

One of the stranger acts to emerge from the primordial soup of the ’90s Florida death metal scene was Cynic. The Miami band’s vocoder-drenched Focus was likely the era’s most polarizing album, and they split up shortly after its release. They reunited in 2008 to record Traced in Air, an even better album that saw them morph into a full-blown prog metal band. Their output since then has been spotty, but on the surprise-released new single “Humanoid,” they return to peak form. Like all of the best Cynic songs, it seems to observe the world the way an alien visitor would: in awe of the miracle of human consciousness, but aware of its limitations. For his part, frontman Paul Masvidal strives to transcend the human vessel, deploying knotted, spacey riffs and an impassioned vocal performance that stacks up with the best of his career. A few weeks ago, there was no reason to expect a new Cynic record anytime soon. Now, it would have to be on a shortlist of the most anticipated albums of the year.

On Jord, the third and final full-length by the late, great Panphage, project leader Fjällbrandt starts the record by pushing forward, and never once lets up. This is muscular, propulsive music, the sound of a band of battle-ready raiders steadily advancing on a village. Like many of his more deliberately atmospheric peers in Swedish black metal, Fjällbrandt infuses the songs on Jord with ancient folk melodies. Thankfully, he resists the urge to get too cute with it, always rooting the folk parts in a forward momentum that makes these songs work. Whenever the tempo lulls for even a moment, the pounding drums and furious riffs return, and we’re back under Panphage’s spell.

It was only a matter of time before ultimate black metal weirdo Adam Kalmbach of Jute Gyte joined forces with the premiere weirdo metal label, I, Voidhanger Records. Kalmbach makes his debut on the label as one half of the Helian split, on which he and Greek atmospheric black metal project Spectral Lore offer contrasting interpretations of expressionist poet Georg Trakl’s masterpiece of the same name. Jute Gyte’s take is surprisingly spacious—a sharp left turn from last year’s claustrophobic Oviri LP—complete with washes of ambient noise and acoustic guitar. Kalmbach’s trademark bumblebee guitar tone shows up, but he pits it against a grimier low end than is typical of a Jute Gyte release, echoing the poem’s rich imagery of civilization’s decline. Spectral Lore’s contribution is the more self-evidently bleak of the two. For much of the song, the music lumbers along at an unhurried pace. By its conclusion, sole member Ayloss has foregrounded a dissonant, distorted guitar in the mix, replacing any semblance of song structure with a sonic embodiment of the inky abyss at world’s end.

Go ahead and pencil in every Chris Ulsh-related album for inclusion in this column until the end of time. Power Trip and Impalers made two of the best albums of 2017, and now Ulsh’s longest-running project, Mammoth Grinder, is back with their first new music in almost five years. If you know Ulsh’s other work, you should have some idea of what you’re getting here. Cosmic Crypt is a sharp shock of punk-derived death metal, blurring the lines between crust, thrash, and hardcore to make a compulsively listenable 28-minute slab of mosh pit fodder. Tracks like “Blazing Burst” and “Superior Firepower” are masterclasses in economical metal songwriting, lean and sinewy and to the point. Twelve years in and Mammoth Grinder can still do more with one riff and two minutes of tape than most bands can do with a full album.

Támsins Likam, the second full-length by Faroe Islands natives Hamferð, is surprisingly light on its feet for a doom metal concept record about the aftermath of a child’s death. Credit the chops of the band members, who effortlessly shapeshift between the prog-black metal of latter-day Enslaved, the melodic death/doom of Insomnium, and their own particular brand of goth-derived melancholy across the album’s six tracks. Most impressive are vocalist Jón Aldará, who is as comfortable deploying a guttural funeral doom moan as he is unleashing a histrionic wail, and drummer Remi Johannesen, whose nimble work behind the kit is the center that holds these songs together.