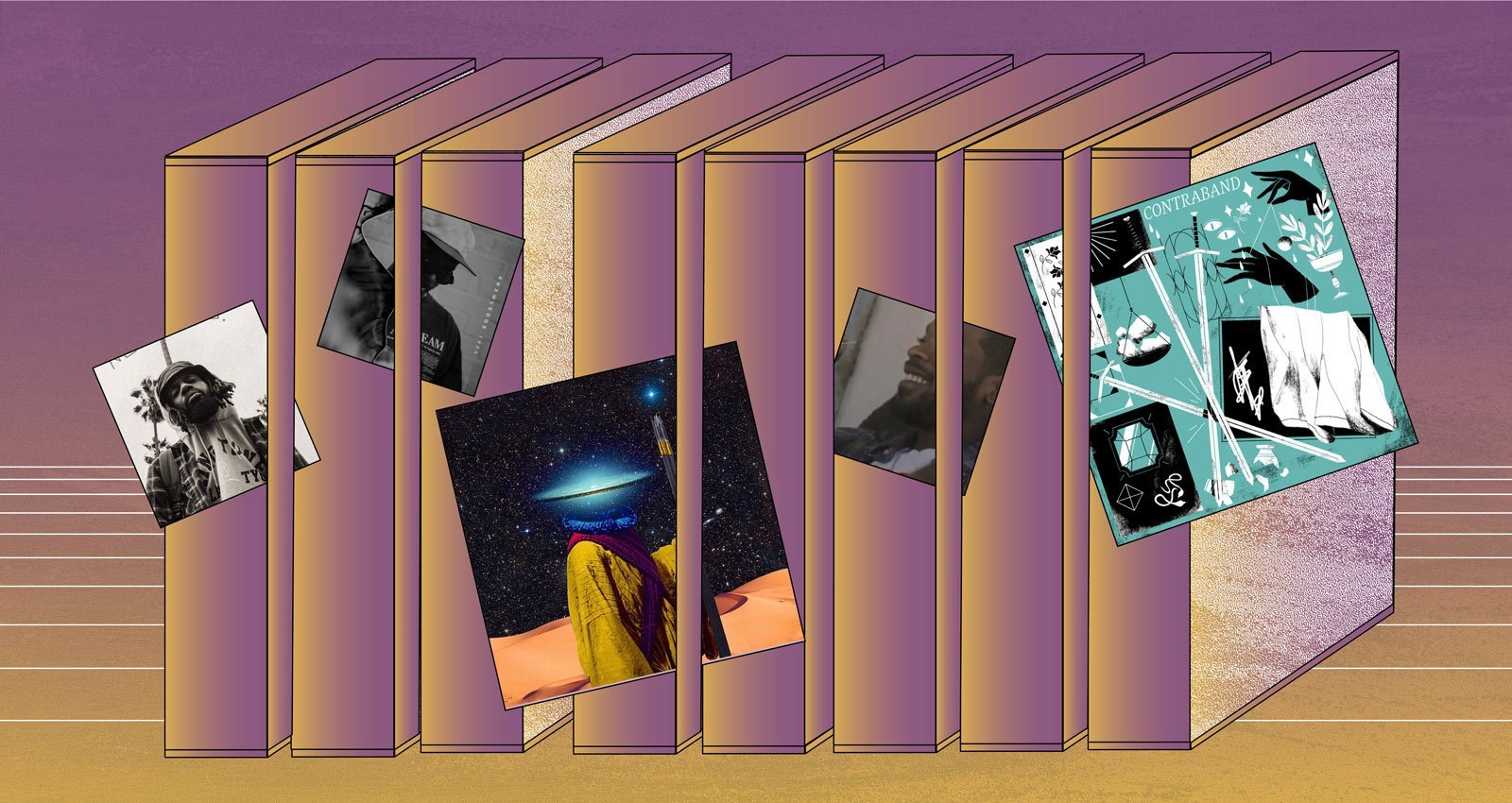 This month’s column features an even split of established artists and up-and-coming producers. There’s a tape of “easy listening” beats from a Long Beach producer, whose blend of hip-hop and R&B is ideal for these uneasy times; boom-bap that tweaks subgenre traditions; a wide-ranging compilation from a new beat-centric label out of New Jersey; and Afrofuturist beats in the vein of the late Ras G. All that, and much more.

Ahwlee has referred to his work as “easy listening” for nearly a decade. A sonic descendant of the Soulquarians, he makes heady, billowing beats that blur the narrow divide between hip-hop and R&B. His latest, coolist, is another accomplished entry in his “easy listening” canon: a lush, layered escape arranged with a careful ear toward subtlety. It opens with “worthwile,” where a slow, resonant bassline vibrates beneath thumping kicks, crisp snares, and warm chords. On “aldi,” Ahwlee’s drums have an un-quantized swing and drag, the beats staggered and flat-footed—a purposefully-imperfect beat, guided by the sense of rhythm that Dilla imparted to Questlove. “Softtop” follows suit, with a clipping beat complemented by bright, almost serene keys. The drums hit, but Ahwlee never pushes them beyond a comforting decibel level—again, “easy listening.”

Jansport J had a prolific 2019: he released 12 tapes in 12 months. This month, he’s back with the aptly titled NoLetUps. Some of last year’s tapes had a theme (e.g., goslow), but NoLetUps isn’t bound by any central idea. Instead, the beats are unified by the myriad ways they modernize boom-bap. This is the sound of a Premier and Pete Rock disciple using effects to chop and distort his beats at will, imbuing them with the improvisational feel of a live set. Take a track like “letmyselfgo,” that doubles up on drums, some warped, some submerged. The central soul loop and everything around it develops a looser sound as a result—a stark contrast to the rigid structures typical of ’90s boom-bap. Between the bluesy “saymypeace,” and the thumping and psych-tinged “Medicinal,” NoLetUps is subverting tradition in a multitude of fascinating ways.

Knxwledge never stops. Loop tapes, remix records, beat tapes—he drops one or several a month. And then there’s his work with Anderson .Paak as part of NxWorries. To call him “prolific” seems inadequate. Yet it’s been almost five years since Hud Dreems, the last project he called an album. Billed as a follow-up, 1988 was worth the wait. Knxwledge flips, loops, and arranges fragments of soul, R&B, and more with his singular swing. No matter how complex the drumming, his beats rock and sway. Some beats may even seem simple in their construction, but you’d be hard-pressed to find another producer who does so much with so little. On the gospel-inflected “listen,” for instance, Knxwledge takes a few beatific choir samples and arranges them around a funky and downtempo, almost George Benson-like, suite of smooth jazz. Elsewhere, like on “uonlygetone,” Knxwledge doubles down on the percussion, creating a slamming and purposefully stumbling beat around a single loop. He also expands the scope of his sound. “Awomanslifeislove” verges into modern funk territory, the rubbery bass complemented by punching drums and a cracking, whip-like snare. The next Knxwledge project will undoubtedly arrive soon, but 1988 deserves to be in rotation for years.

Producers have incorporated live instruments into their beats for decades, but lately there seems to be an increasing number of inventive takes on the approach. Enter Leroy “FatVonFree” Freeman Jr., a Texan who’s spent the last several years honing his craft while living in Japan. He’s an Alchemist devotee who’s translated the grit of the Delta blues into eerie beats with moaning guitars and deep basslines. Start with the fuzzy “insomnia,” where FatVonFree loops guitar riffs over a jagged beat with rattling tambourine that eventually gives way to spacey synths. It sounds like strange insects scuttling across the floor of a saloon with a jukebox full of Madlib. His “Portishead Tribute” is reverent without being a rehash; it’s a unique and eerie spin that never fully steps into trip-hop terrain. And closer “Cheers to a New Beginning” is an expansive, almost mystic track with psych-leaning guitars and percussion cracks and snaps beneath it. With luck, FatVonFree will explore and expand this sound into the future.

Contraband is the first release from Phonolith, a new label run by New Jersey producer slr. It’s an auspicious start, a record that offers a refreshingly varied selection of beats from an intercontinental cast of rising producers. The 26-track compilation features 26 producers from both the U.S.—San Jose, CA (bastrd); Gainesville, GA (fuzzy); Seattle, WA (KLEFTO)—and abroad—Japan (Dudefaze); Canada (Graphwize); and Australia (Finem). No producer receives two tracks, and no two beats sound unflatteringly similar. Fuzzy’s “at last” is halting yet still propulsive, the clattering percussion hitting in contrast to the glinting instrumentation sounding beneath it. It’s nothing like the brilliant looping of R&B on wowflower’s “any other guy” or the piano-driven jazz-hip-hop hybrid that is ideism’s “source.” Describing each track would be a disservice. In short, if you’re looking for a list of 26 producers to follow, sir has given it to you.