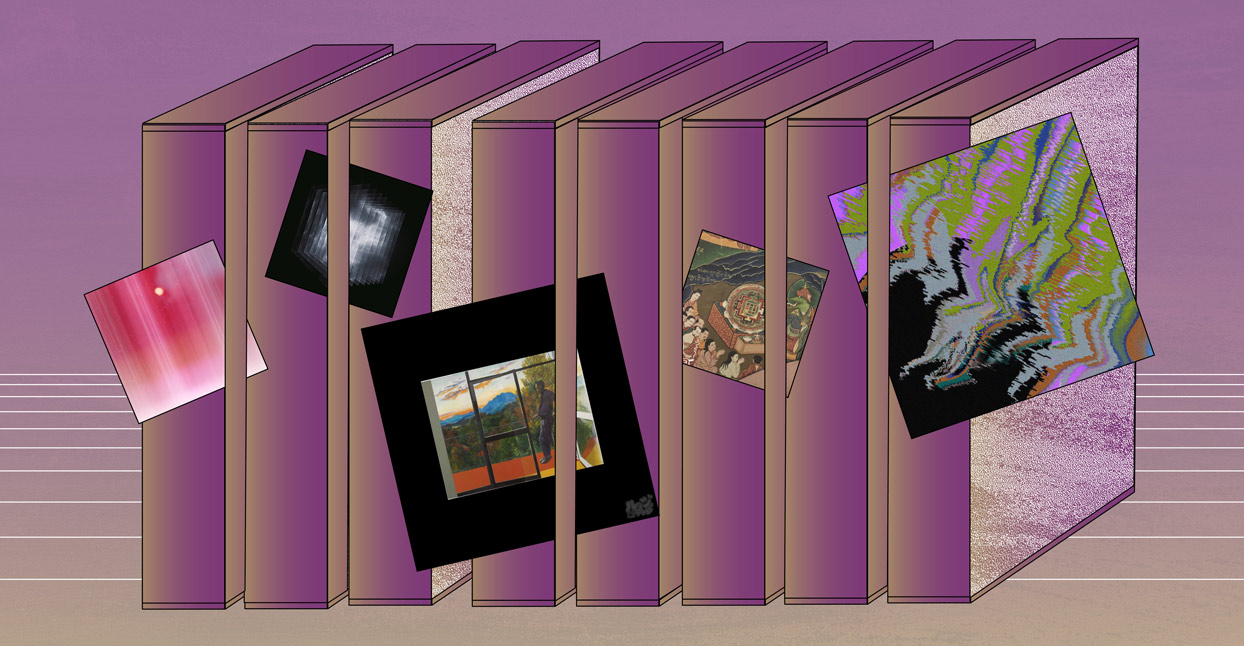 September’s Best Beat Tapes column features tapes from purveyors of minimalist boom-bap and maximum bass alike. There are jagged, off-kilter beats from a veritable legend who’s worked with Kendrick Lamar and Anderson .Paak, textured and ethereal instrumentals from a Street Corner Music alumnus, and much more.

In July, New Jersey producer/rapper Brain Orchestra released From the 908, a promising rap album held up as usual by his ironclad arrangements. (If you haven’t heard the record’s crashing, quasi-psychedelic title track, be sure to do so.) He recorded his latest project, More Time to Come, while touring behind that album; accordingly, the beats skew more singular and arena-ready than its predecessor, effectively making it From the 908’s road-tested relative. Opener “Ekko” is grand and banging, the twinkling loops complemented by deftly layered percussion. Brain Orchestra uses the same potent formula on “Lying,” deploying drum fills between hard-hitting kicks and a soulful organ loop. While the drums pound throughout, there are tracks where he pulls back, such as the sax-heavy “Things We Share.” To that end, his greatest asset as a producer lies in his dramatic flair and clever approach to drops, cutting out the drums throughout so we’re always listening with bated breath. Suspense is a wonderful thing.

House Shoes is arguably the best A&R rep of instrumental hip-hop. Each Street Corner Music (SCM) release re-affirms his ear for talent, not to mention his uncanny knack for curation and arrangements. For evidence, see Ghost McGrady’s 2018 SCM album Believe. Knocking, somber, and often ethereal, the textured beats on Believe sound like midnight in an isolated world. Spirits float between kicks and snares.

Sheep, McGrady’s latest project, exists in the same gloomy but gorgeous sphere. Within that tonal framework, however, the Floridian L.A. transplant showcases new sounds and techniques. “Welcome Back” is muted, almost sub-aqueous jazz offset by alternately crisp and thumping percussion. It’s a brilliant dissonance, a long-awaited answer to the best question no music nerd ever asked: What would a hip-hop influenced jazz band sound like on a boat crossing the River Styx? On “Morbid Curiosity,” McGrady deftly weaves halting drums around the delicate plucking of a guitar. At the beginning, the beat sounds wistful, the strings like flashes of memories. Halfway through, McGrady brings in melancholic brass and twinkling keys to immerse us in one chest-caving moment of remembrance. The brief features from rappers MK Ultra Lord and Danny Watts are good, but their verses detract from the otherworldliness McGrady conjures with his beats and accentuates with echoed vocal samples (e.g., “Dipshit”). There are no skips on Sheep, but you might feel stuck between two worlds. Listen and decide for yourself.

The L.A. beat scene was never a monolith, but Low End Theory was the hub around which all loosely connected parts revolved. Now that LET is no more, events like Beat Cinema and Hypnothesis provide spaces for nascent artists to congregate and innovate. Hypnothesis co-founders Courteous Family, like Beat Cinema, also run a label. Memory Screen is the latest CF release, and the full-length debut of CF co-founder Hapa.

Rooted equally in hip-hop and bass music, many beats on Memory Screen are primed for shows. “Chrome,” “Float,” and “Fire & Brimstone” have enough low end to shift tectonic plates. They will rattle bodies and, without a savvy soundman, wreck speakers. Hapa surrounds the drums with ominous industrial clanging, eerie warbling and squeals, and skittering percussion. It sounds like it was made from field recordings of spaceship being hit by meteors. As punishing as Memory Screen can be, it also has gentler moments and textures. The sweeping titular track is an amalgam of swirling atmospherics, strange ghostly echoes, and an array of other ambient sounds. By juxtaposing these extremes, Hapa captures the cold indifference of space and our fascination with its glimmering mystery.

It’s virtually impossible to possess a working knowledge of Knxwledge’s catalog. Digesting the abundance of projects would likely take months of avid listening, if not more. You could spend a day categorizing remix records (e.g., MEEK.VOL4_), loop tapes (e.g., karma​.​loops​.​PRT​.​5), beat tapes, and records billed as albums (e.g., Hud Dreems). The one constant is Knxwledge’s affinity for flipping soul, jazz, R&B, and more black music into loose, jagged hip-hop mosaics. Pieces fit but don’t. Knxwledge makes rhythms stagger, rock, and bend to his will. The spaces between drums are as astounding as the drums themselves.

TodaysAlreadYesterday, the seventh Knxwledge project this year, sits somewhere between beat tape and album. (The description reads, simply and nonchalantly, “few beats.”) It’s not as cohesive as Hud Dreems, but the jump between sounds/styles is as rewarding as getting lost in that album’s off-kilter soul. Here the bluesy “shedatear,” which has a kick drum that hits like battering ram, precedes the chipmunk-soul-meets-trap on “mymymy_.” “Loanleewumn” is swirling, slowed funk that wouldn’t sound out of place next to DJ Screw or Thundercat; it follows “545,” a thudding beat almost made serene by chimes and the occasional warm synth. Describing the other 25 beats would be a disservice. In order to appreciate how Knxwledge freaks the drums and layers the loops, you’ve got to hear it for yourself.

Tek.lun appeared on HW&W Vol. 1 alongside elders like Ohbliv and Elaquent while still in high school. At 21, the Baltimore, MD native put out 2014’s Ridin’ Round, an auspicious dance-inflected debut indebted to the music coming out of L.A.’s beat scene (that also introduced many to Goldlink). On subsequent records, like ALLOW IT! (2018), Tek created a singular fusion of hip-hop, house, trap, and dance music. These beats were to blast at parties and clubs: “vibes” with soul and depth, as opposed to cheap sonic wallpaper.

On Dweeb, Tek leans into the hip-hop undergirding a lot of his previous work. It is a record for the head-nodding cognoscenti who know Dilla beats by name. Some moments hew closer to the sound of ALLOW IT! (e.g., “your reaction”), but the best are like “I WIN!” and “pusha (one 4 houseshoes)”. The former features layered loops that strike a balance between the sinister and melancholic over drums that drag as much as they knock. On the latter, Tek chops samples and percussion to bits, creating a beat that finds rhythm in controlled chaos. Here and on tracks like the conga-sampling opener “boi i’m bout to cook u,” Tek proves so skilled in so many iterations of hip-hop-centric beat music that it’s almost infuriating to think he still hasn’t hit 30.