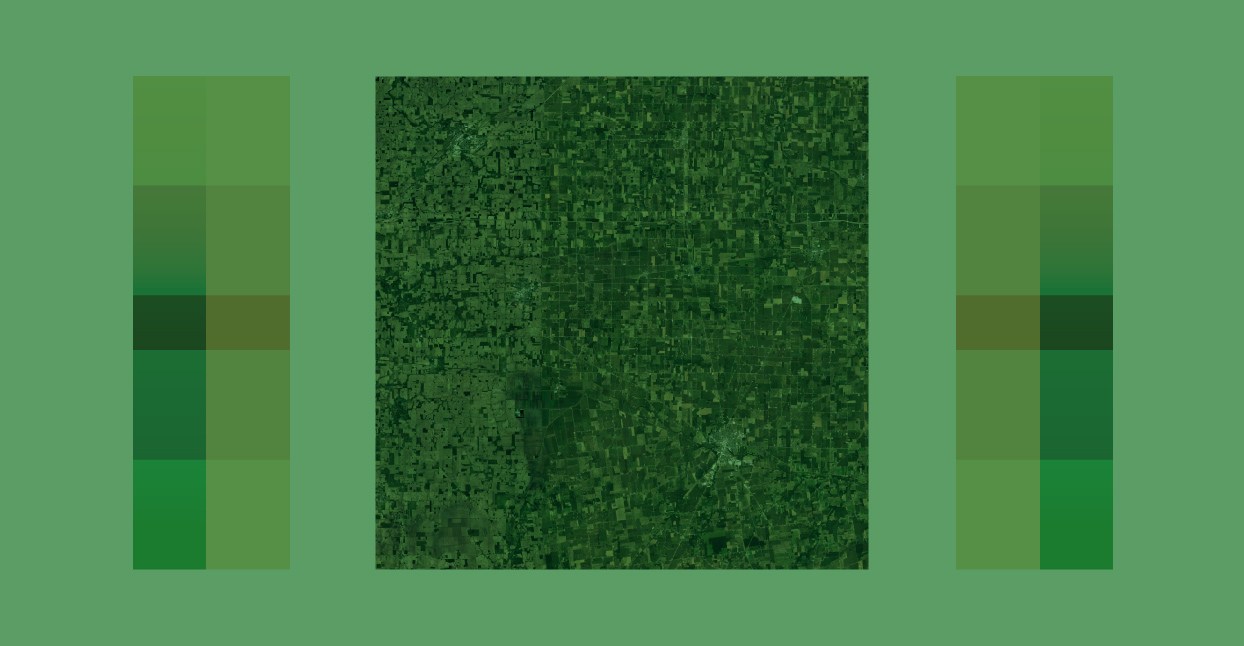 In this edition, we’re highlighting albums released from September 15th through October 15,th including some Disintegration Loops-esque chillout and 12k’s ode to Ohio.

The newest offering from New York-based label 12k is the debut record from OHIO, a duo comprised of label head Taylor Deupree and Corey Fuller, creator of one of the year’s strongest records (February’s Break). Upward, Broken, Always is a record born from both collaborators’ separate childhood memories of their home state; it’s fairly traditional ambient with a few welcome chilled-out folk moments. The undeniable centerpiece of the record is “Ohio”, a cover of Damien Jurado’s 1999 folk song done up in shoegaze dressing. The second track with vocals from Fuller, this re-imagining focuses on acoustic guitar and hazy, washed-out piano, accentuating the melancholy of the original with a beautiful improvisational interlude.

The newest record from Seattle-based project Topdown Dialectic is a startlingly original and immensely enjoyable listen; here, glitchy sampling techniques meet focused and attentive production. The record draws influences from disco, garage, and IDM, marrying styles by combining genre-specific sound design with a frequent lack of driving percussion. It might sound simple, but this small change is a huge recontextualization. Synths weave in and out of the mix, creating an overwhelming vortex of ambience from the heavily-processed sound design of contemporary dance styles. At times the record’s more avant-garde tendencies shine through in its otherworldly production, such as on “A3”, the bulk of which is comprised of dizzying glitchy bass synths drenched in complex resonant filters. Couple these with often wonky and disorienting rhythmic patterns (like the ones found throughout “B2”), and the result is a fascinating experimental record and one of the strongest of the month.

Music From Sleeping Beauty Dreams is the solo debut from Thjis De Vlieger, part of the Dutch drum n’ bass group Noisia, fresh off the news of the trio’s disbandment next year after a 20-year run. It may be a departure from the genres Noisia fans might be expecting, but with equal dedication to narrative through atmosphere and masterful sound design. The record opens with the chilling “Aurora’s Theme,” comprised of a metallic drone lead accompanied by a lush backing of strings. The track is a real mood-setter, offering an early peek into the equally menacing and majestic sound of the album. For its relatively standard runtime, Sleeping Beauty Dreams manages to pack in a ton of complexity and variance. “War Dance” borrows from the staccato, plucky bass sound of psytrance, and “Overcome” sports sound design not dissimilar to the otherworldly growls of neurofunk).

One of the more esoteric experiences this month has to offer; the debut outing from Germany’s Jonas Meyer is an extremely diverse and complex record. Across the album’s six track runtime, Meyer pairs windchimes with bubbly wooden field recordings, uses intense and climactic walls of chords, and experiments with classic minimal drone styles, infusing all moods with an incredible sense of depth and mastery. Where “Strömung” is an understated drone piece featuring unassuming synth pads with a crackling noise layer and choppy, staccato percussion, “Zwischen” is a slow-burn crescendo that builds from steady warm plucks to a giant layering of chords and white noise.

softest
in a way

Throughout in a way, the South Korea-based softest invokes a feeling best-described by his artist name. The record is a gapless 35-minute experience, containing woodwind-like synths in constant dialogue, underscored by a minimal bed of airy synth pads. The composition of the record is based around an almost Basinski-esque rhythm of melodic repetition, making it feel almost designed for bedtime. Over its runtime, the contents of in a way slowly progresses to reveal subtle deviations from its initial state—introducing subtle shimmering sound effects and slowly winding down the layers of unimposing foundational pads.

Secuund is the newest release from Brussels IDM outfit Suumhow, and it takes a gritty, beat-focused approach to atmospheric storytelling, for one of the more outwardly heavy records in this month’s column. Opener “Muuscl,” which truly sets the tone, follows the repetition of a simple pad melody on top of a fractured and distorted drum line, cooling down for a bridge with a particular analog bend. Suumhow have gained a particular affinity for drum grooves that particularly dominate the mix, the bones of which can be heard on tracks like “Dunningkruger” on last year’s Crash_Reports.  The duo don’t treat this structure as gospel, however—the appeal of tracks such as “West Bend” or “Nachta” lies in their minimalistic approach and emphasis on sound design (with the former eschewing percussion from the mix entirely).

Gray Acres is a relatively new project, the shared vision of brothers Andrew and Michael Tasselmyer (two thirds of the acclaimed Hotel Neon). The pair released their debut under this name in early 2018, with a self-titled record on Sound in Silence. Material Forces is their sophomore release, and clearly shows the group’s development since last year. Based largely around recordings of live sessions with a relatively stripped-back production process, Material Forces is in a bleak and lonely take on drone. Light, wind-like pads are coupled with high-pitched hisses, strengthened by intentional ageing through lo-fi effects. The coherence of the record is one of its strong points, all tracks encapsulating a similar tone and composition. The record particularly shines on its back half, however, the processed guitar in “Touchstones” and chillingly fierce commitment to minimalism in “Unconditional” make these tracks both among the highlights here.