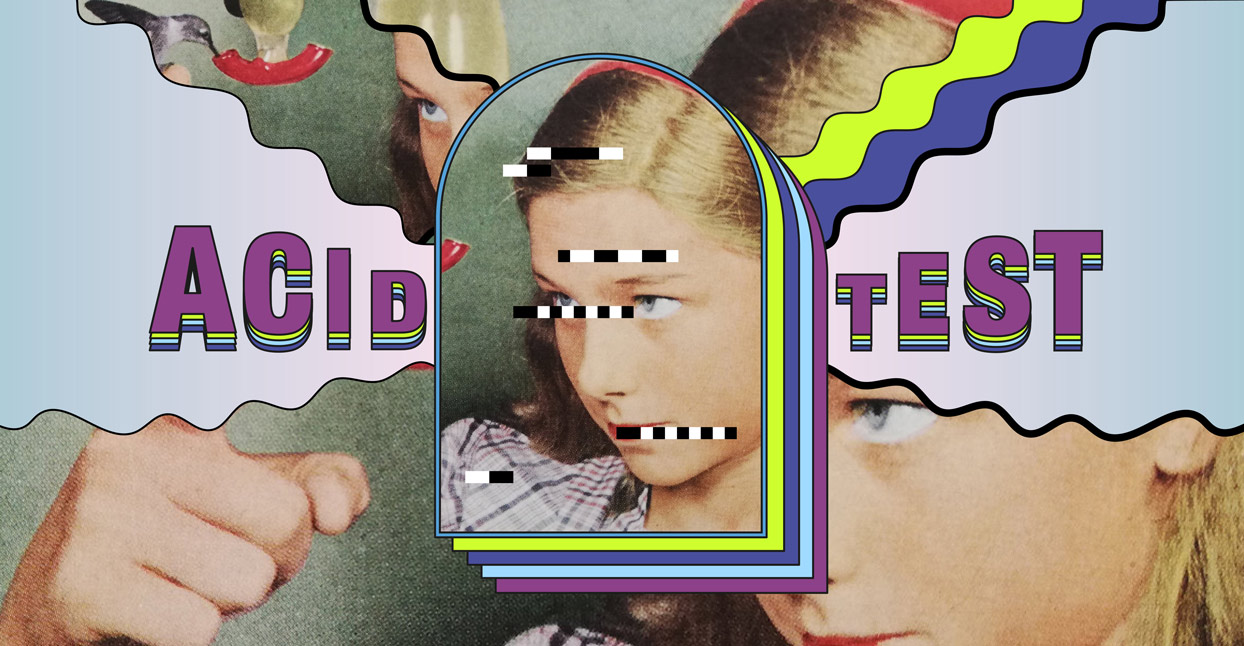 Bandcamp’s outer limits continue to be a rewarding place for psychedelia, experimental club music, noise, vaporwave, and the wholly uncategorizable. In this volume of Acid Test, we look at club music inspired by the classical music of Iran, a noise album that sounds like an Atari game, two nautically-themed adaptations of historical classics, and a beguiling record made almost entirely from bird calls.

Irish sound artist Natalia Beylis delivers on the title of this remarkable album by focusing almost entirely on the chirps, trills, warbles, and songs of recorded birds. The 33-minute piece is a slow boil, beginning with humid, buzzy field recordings and metallic clanks as more birds gradually fill the picture. Soon, they turn into a vivid web of sound that Beylis manipulates like a kaleidoscope. Hopefully the “Vol. 1” means we’ll get to explore more of her ornithological excursions soon.

Brazilian ambient artist Gimu pays tribute to his late mother-in-law on this hour of snowy drones. The weighty opener “When A Chance’s Bound To Come” moves at a glacial pace, building a similar emotional swell to William Basinski’s crumbling tape loops. The most tender moment comes at its center with “Not Alone,” which features a vocal contribution from artist Trixie Delight over an impressionistic smear of lingering piano. In both its stormy and gentle moments, Finally free, gravity forms a moving tribute and a meditative reflection on grief.

Los Angeles-based producer Maral fuses her love of Iranian classical and folk music with cutting edge club production on this bracing statement of purpose. Maral’s range runs from hypnotic deconstructions of reggaeton to a gleefully unhinged vocal turn on near-industrial “The Empty Edit” to “Coy Dub”’s playful bounce and the joyful rush of the title track. In addition, a mix version spread over two sprawling sides of a cassette is available, giving another equally absorbing perspective of Maral’s brilliant fusion of sounds.

On Peak Oil co-founder Brian Foote’s first full-length as Leech, the L.A. producer gives us a glimpse inside a studio so full of legendary vintage synth equipment it could double as a museum exhibit. But despite the name, Data Horde is not an exercise in overload. Foote’s production feels reflexive and featherweight on tracks that range from the dreamy ambience of opener “Amethyst,” to propulsive drum & bass exercises “Bit Rot” and “Brace,” to the acidic groove of “Delysid.” Better yet, you can find some of the album’s breaks included on a floppy disk with the physical release of the album, should you feel like pulling out some vintage hardware of your own.

Armed with a Bastl Kastle synth and a module inspired by the sounds of the Atari, artist Stephen Scott makes a glorious cacophony on Feel Lucky. The synths here are not pretty sounding, but when they lock into melodic grooves on tracks like “Fisherman’s Enemy” they sound like some lost video game from the early ‘80s. Embracing the rudimentary electronics and minimal set-up, the album makes the most of its uniquely limited palette.

It feels appropriate to call Italian dungeon synth operator Sidereal Fortress’s new album “epic,” considering it’s an adaptation of Homer’s Odyssey. It’s fascinating to hear the ways Odissea paints some of the hero Odysseus’s most memorable encounters through this very specific sonic lens. Encounters like the “song of the siren” are rendered through glassy synth passages, while the dreaded cyclops inspires a rare appearance of tense drums. My favorite part of the Odyssey—the two sea monsters Scylla and Charybdis—didn’t make the cut unfortunately, but the closing title track, a tribute to Italian composer Carlo Rustichelli who wrote music for a ‘60s adaptation of the story, makes a satisfying end to one of the best dungeon synth releases in recent memory.

And continuing those nautical vibes—you wouldn’t expect the naturalistic poetry of Walt Whitman to fit over electronic music, but that’s exactly what this Lisbon collective have attempted with Sea Poems By Walt Whitman. The group of performers recite ocean-focused passages from the poet’s Leaves of Grass, including “The World Below the Brine,” “Aboard At Ship’s Helm,” and “On A Beach Night Alone” over soundscapes produced by project leader Bernardo Palmeirim. Conceived during a conference at the School of Arts & Humanities of the University of Lisbon, there’s an enthusiasm to the entire project that makes it a charming standout in spoken word releases.