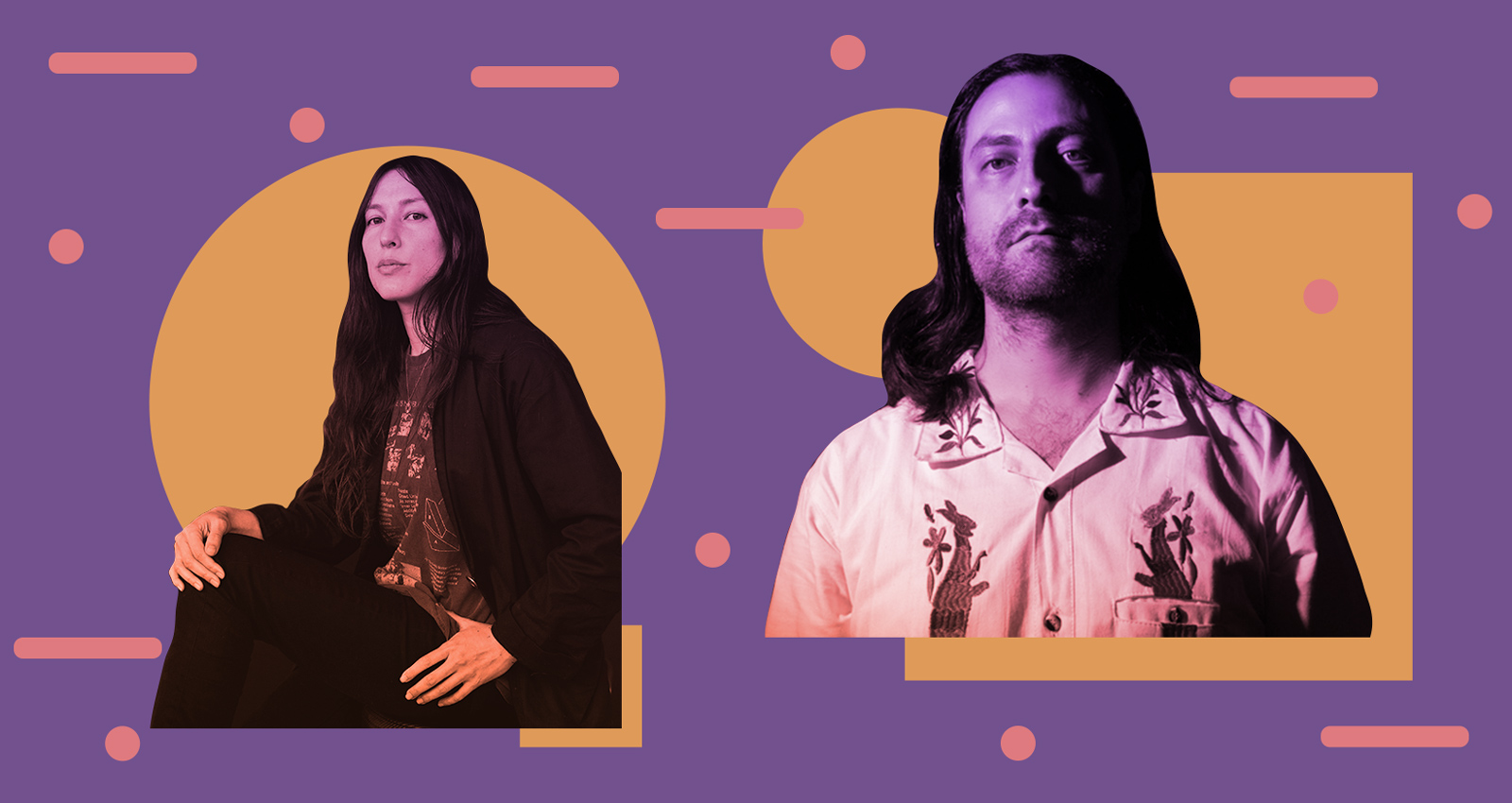 New York musician Nicky Mao, aka Hiro Kone, has always been interested in language. With a background in literature and an artist name that means “I have spoken” in Iroquois, Mao uses poetry, dissonant synths, and textural drones to express complex political and philosophical ideas. Silvercoat the Throng, her newest release, is her response to the global pandemic. “I personally felt that we needed to take a step back and kind of consider what got us here and, jumping off of A Fossil Begins to Bray, what are we progressing towards,” she says. Being in New York, one of the first American cities to be faced with the full force of the pandemic, Mao experienced a creative block during the first lockdown. “It was the first time in so many years that I struggled with that. I usually can work a little bit every day,” she says. Those tensions are reflected in the album, where expansive melodies are built around the violin, her first instrument, in a stylistic departure from her signature modular synth loops. The result is a gorgeous, deeply introspective work bringing together all of Mao’s musical influences, from punk and noise to classical contemporary, evoking both the pain of living through such a traumatic event and the way it informs and strengthens us—just like the line from the Stephane Mallarmé poem that gives the record its title.

The potential of punk to spread political ideas and spur action is at the core of the Barcelona anarcho post-punk band Algara. “Every generation has the same problems, but it’s a cultural thing of feeling like we are the ones who lose all the time,” says the band, who prefer to speak anonymously and collectively. The lyrics address low pay for young workers, a lack of affordable housing, and high youth suicide rates. The band credits punk with first getting them interested in politics, and they’re paying that forward with their new LP, Absortos En El Tedio Eterno: It comes with a how-to manual on cheap, DIY recording. Algara says they aren’t a political group, but that sharing knowledge is itself a political act. “We just want everyone to join their closest anarchist space and take care of each other,” their singer says. “I hope punk lives forever.”

The Garrys are a trio of sisters from a big Catholic family, and they make surf rock in the middle of the landlocked Canadian Prairies. This only strikes them as strange when someone claims “provincial ownership over the band—but not in a bad way,” says drummer Lenore Maier, or when someone proffers the outdated idea that “if you’re going to write a surf song, it’s got to be about a place in Hawaii,” says frontwoman Erica Maier. Get Thee To A Nunnery finds its source material closer to home—their mother’s time at an all-girls Catholic boarding school—than to any coast, and its themes stretch from religious repression to retro cool, à la furtive smoke breaks in the dorm bathroom. Along the way, the high drama inherent to surf music provides an ideal backdrop for both its trauma and nostalgia. “[Surf music] is scary sometimes and then it’s really chill. It toes that line between those two moods,” says Maier. “You can flip-flop between the dark side or the happier side, and that drama is welcomed.”

“There aren’t a lot of Nicaraguans in the world, so we feel like we have to stick together,” says Ontario-based percussionist and producer Brandon Valdivia, aka Mas Aya. On his astonishing new album, MÁSCARAS, the multi-instrumentalist blurs the distinctions between analog and electronic, deftly integrating vocal samples from leftist organizers in Central America. “Momento Presente” features words written by the late liberation theologian Ernesto Cardenal, while “18 de Abril” includes the anguished cries of a woman found in an Instagram video from Nicaragua’s mass uprising of 2018. The only other voice comes from Valdivia’s partner Lido Pimienta, who improvised the gorgeous melody of “Tiempo Ahora” in a single take. Valdivia’s background in free improvisation inspired him to fill these songs with airy flutes and mesmerizing hand drums, adding a human touch to his hyper-futuristic beatscapes. “Having your own time-feel is special because it creates a specific groove,” says Valdivia. “The more personal you can make music, the more interesting it is.”