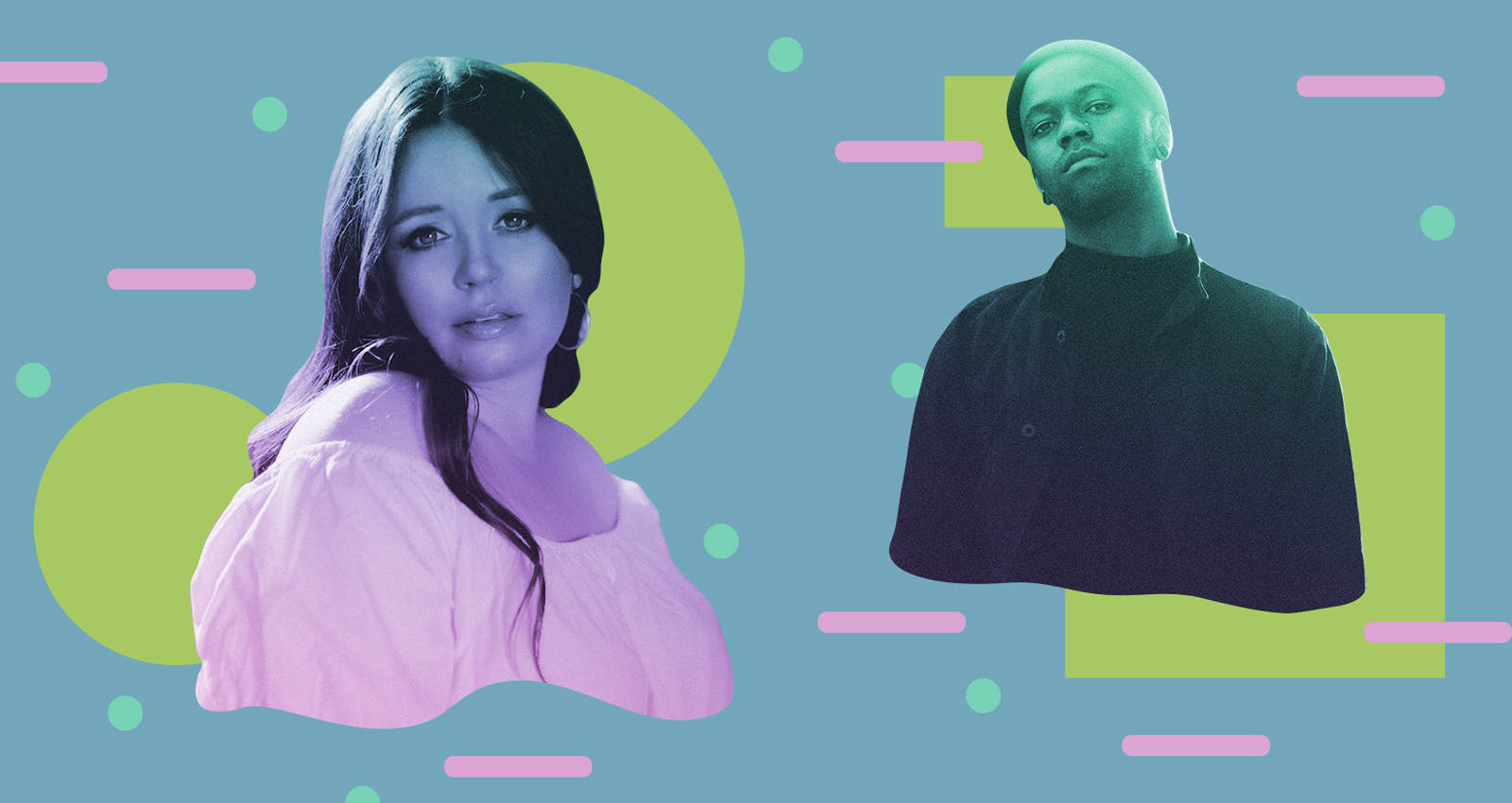 “I like to take people into my world,” says New Jersey producer UNiiQU3 of her new EP Heartbeats, “so this is a downward spiral at the lit club.” Centered on both the rush and heartbreak of relationships, the EP finds the typically uninhibited Jersey club queen exploring more vulnerable terrain. With its racing beats, split-second storytelling, and brash vocals, Heartbeats is a sprint through love and lust that’s as fit for the club as it is for the ride there and back. Standout track “Unavailable” distills the angst of unreciprocated love into a crashing dance track with a soulful pop sensibility. While the album’s central concept came easily, the challenge was in balancing the anxiety of emotional vulnerability with the fierce energy club music requires. UNiiQU3 overcame it with teamwork. ”I collaborated with a lot of Jersey club producers on this one like R3LL and Sjayy, who is up-and-coming,” she says. “I was really excited to just have more collaboration.”

The origin story of Icelandic trio Ateria is equal parts happy accidents and elbow grease. Regarding the former, the trio entered a nationwide musical competition as a way to gain practice playing live—and then won it. As for the latter, they agreed to clean the studio where they recorded their debut in exchange for the session time needed to do so. Informed by guitarist Ása Önnu Ólafsdóttir’s classical training and multi-instrumentalist Eir Önnu Ólafs’s autism-related auditory sensitivity (they’re siblings, and drummer Fönn Fannarsdóttir is their cousin), and_vari braids bursts of post-rock through darkened folk harmonies and featherlight fingerpicking. That’s not to say it’s totally dour. “Saga fyrrverandi verðandi fiðrildis” channels what Ólafs calls “meme humor” with its final moment detour into a Bach cello suite. “There’s this entire song that’s, ‘I’m so tired, everything is so monotonous, everything is always the same and I can’t do anything,’” says Önnu Ólafs. “And then there comes this Bach suite in G major which is like, ‘Everything is OK!’”

For singer and songwriter, Carl “Buffalo” Nichols, playing the blues is a continuation of a rich tradition that is still timely and necessary. “I felt like all of these artists started something and that it might be my responsibility to pick it up where they left off,” Nichols says. “They would be proud to know that there were Black people continuing the tradition that they lived and sometimes died for.” Anchored by his richly textured voice and dextrous guitar playing, the songs on Nichols’s self-titled album, Buffalo Nichols, seem to flow from some great repository of emotion and insight. With Nichols’s impassioned performance and cutting lyrics, “Another Man” traces the bloody history of American racism and violence, from the lynchings of the past to police murder of Black people today. Just as the artists who came before him, Buffalo Nichols uses the blues for its intended purpose: As a tool for Black folks trying to reckon with the cruelty and isolation of life in America. “The blues is whatever Black people want it to be,” Nichols says. “That’s where it comes from. If you go back to where the blues came from, it’s Black people in America trying to express something that they can’t put into words.”

Lady Blackbird plays soulful, minimalist lounge jazz, admirable in its dedication to old-fashioned beliefs, but moving with a smooth sophistication. Working closely with producer Chris Seefried, the singer’s voice is at the center of her latest album Black Acid Soul, a mix of covers and original compositions. So svelte are the arrangements—typically constructed out of a baby grand piano, feather-light electric guitar, and Jon Flaugher’s double bass—than the addition of embellishments, like the organ in her version of Reuben Bell and the Casanovas’s “It’s Not That Easy,” feels noteworthy. “The sound is sparse, which I feel helps the listener connect to the feeling of the singing, the musicians playing, and the sentiment and meaning of the lyrics,” says Lady Blackbird. “It’s very direct, so I think in that sense it’s a timeless approach to recording and performing music.” The austere atmosphere advances the themes: “Heartache, longing and loss are at the core of the songs we wrote and most of the outside songs we chose,” she says, “so that the record had a connected narrative.”

On her sophomore album American Siren, Colorado-based singer-songwriter Emily Scott Robinson draws from a wide spectrum of lived experiences, both personal and secondhand, that give her songs a lived-in sense of empathy. “Doing social work gave me an open eye and open heart to the world,” Robinson says. “The things that are beautiful in people, the things that are shadowy and dark—I bring all of that to the table in my songwriting.” Preferring the catch-all term “Americana” rather than nailing herself to any particular style, Robinson moves from folksy ballads to twangy bluegrass tunes to solemn gospel hymns as she hones in on specific feelings, drawing a roadmap of American roots music and of human experience in a single stroke. “I want my songs to be, for other people, what the records I love have been to me,” Robinson says. “Something that has accompanied me through all the stages of my life, and that I return to like an old friend.”