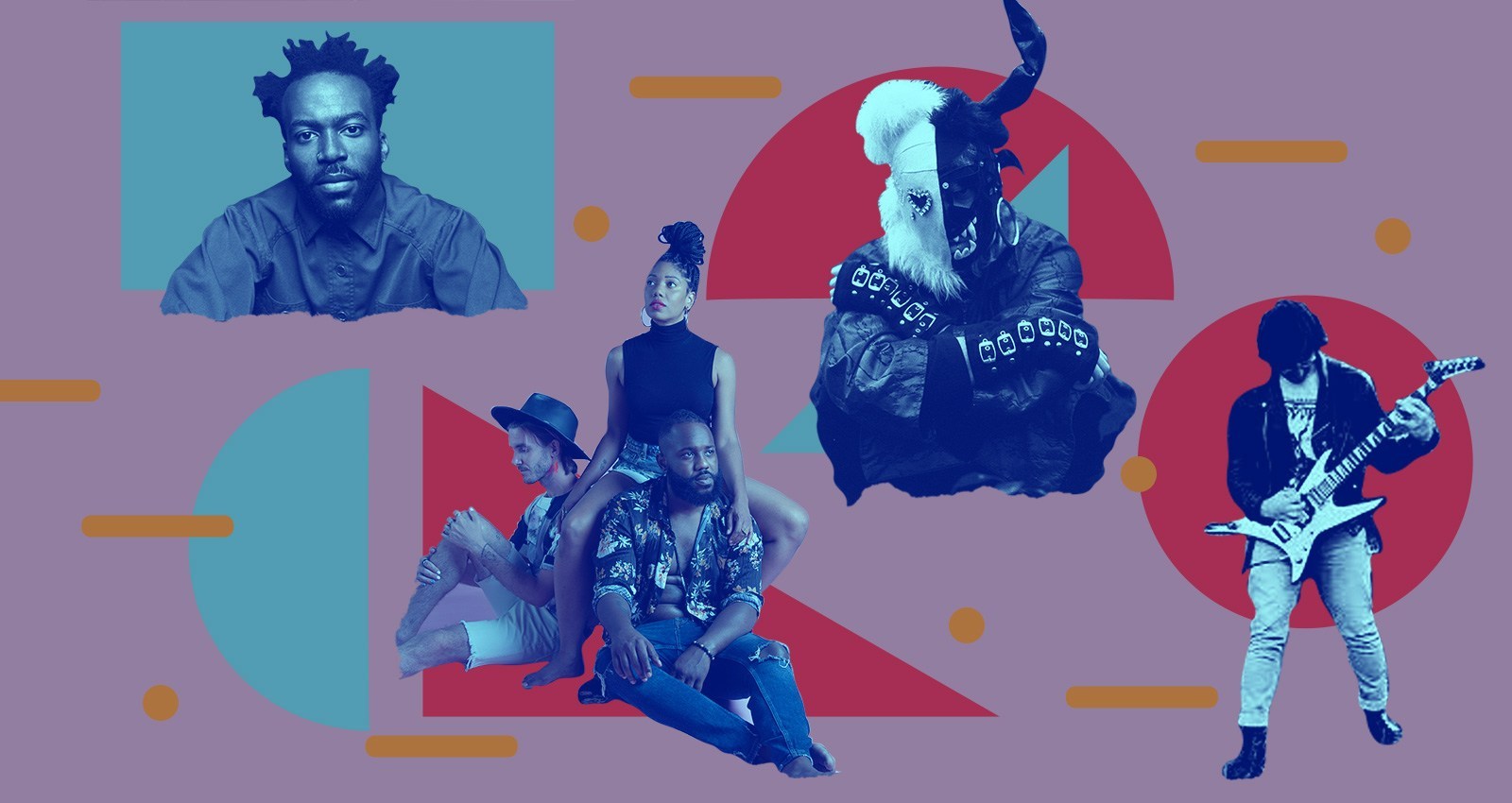 Kamixlo’s thunderous club music works as well on the dancefloor as it does in a wrestling ring. “Wrestling is my second passion outside of music,” the London-based producer explains. The sport has inspired everything from his music to his co-founding of Bala Club, one of the city’s defining parties of the last decade. His long-awaited debut LP, Cicatriz, arrives this month on Berlin label PAN, and delivers a visionary fusion of reggaeton grooves and industrial noise. “The Burning Hammer Bop,” a highlight named after one of wrestling’s deadliest moves, turns a blood-curdling shriek into an endlessly rising hook before locking into a gleefully sinister dembow in its second half. “I watched the video of Kenta Kobashi debuting that move, and in the video you can hear one of the commentators let out this pretty intense scream as he hits the move,” he explains, “so I sampled that scream and just built the whole song around that. It’s my sonic take on the Burning Hammer.” Like all of the risky moves Kamixlo makes on Cicatriz, it’s both balletic and brutal, not to mention a total knockout.

Josh Johnson’s debut album Freedom Exercise will be billed as “jazz” but that’s just part of the story. Sure, the L.A.-based saxophonist wields his instrument with great sophistication, blowing coolly over tunes like “Western Ave,” his playing reminiscent of fellow modern jazz innovator Shabaka Hutchings. Yet the unusual flourishes include electronic wig out “856,” reminiscent of Pink Floyd’s “On The Run” with added strings, while “Eclipsing” sees Johnson’s band led by a sour little electric guitar line. “The record does cover a lot of ground stylistically, but that came about organically,” says Johnson. “To me, it’s all connected and coming from the same place.” This approach forms a strong summary of Johnson’s musical path—an odyssey that has seen him already learn from masters Herbie Hancock and Wayne Shorter. “Transformative is the best way I can describe the experience,” Johnson says of their tutelage. “They both have a presence that encourages you to find within yourself things you didn’t know you had. It was rare to hear them speak about music technically; there was much more focus on the ‘why’s’ than the ‘how’s’.’”

If you listen to Undeath’s debut album, Lesions of a Different Kind, and find yourself shortly thereafter humming a riff, scream-whispering a vocal hook, or tapping out a kick drum beat on your desk, know that this was by design. “We work really hard to make sure that our music is gripping and memorable in a way that makes you want to revisit it over and over again,” says vocalist Alex Jones. While working on Lesions, the Rochester band looked to classic albums from the likes of Cannibal Corpse and Bolt Thrower to create a modern death metal record refreshingly bereft of sub-sub-subgenre affiliations, demonically catchy yet fully committed to the art of bludgeoning. Frustratingly, Undeath write the exact kinds of songs heshers used to pile into sticky dives to hear played at extreme volumes back when that was still possible. “Not being able to play heavy riffs and watch people jump off the stage has been a bit demoralizing,” confesses guitarist Kyle Beam. “But that hasn’t affected how we feel about the LP songs. We love to make entertaining death metal, and we hope to keep doing it for some time to come.”

On Growing Concerns Poetry Collective’s sophomore album BIG DARK BRIGHT FUTURES, poets and romantic partners McKenzie Chinn and Mykele Deville recount the pain, power, and pleasure of being Black in America over panoramic production by bandmate Jeffrey Michael Austin. There’s no separating the personal and the political on FUTURES; several songs attack police brutality directly, while on “First You Need A Body,” Chinn describes learning to love her body and sexuality despite a Catholic upbringing. “Our work is about dissolving barriers, and that’s what it’s meant to do,” Deville says. Chinn and Deville dip into rapping and singing as they see fit, and Austin’s production is similarly fluid, from the chimes and 808s of lead single “Shout Across Mountains” to “Breaking”’s dance beat. Though they’ve been working on their latest project for years, “in May when George Floyd was killed, Mykele and I sat down like ‘This is what we talk about, this is what we have been talking about, and now feels like the time to hit the accelerator and pull this thing together,’” Chinn says. The album is a time capsule of life during national unrest, pulsing with humanity that refuses to be diminished.