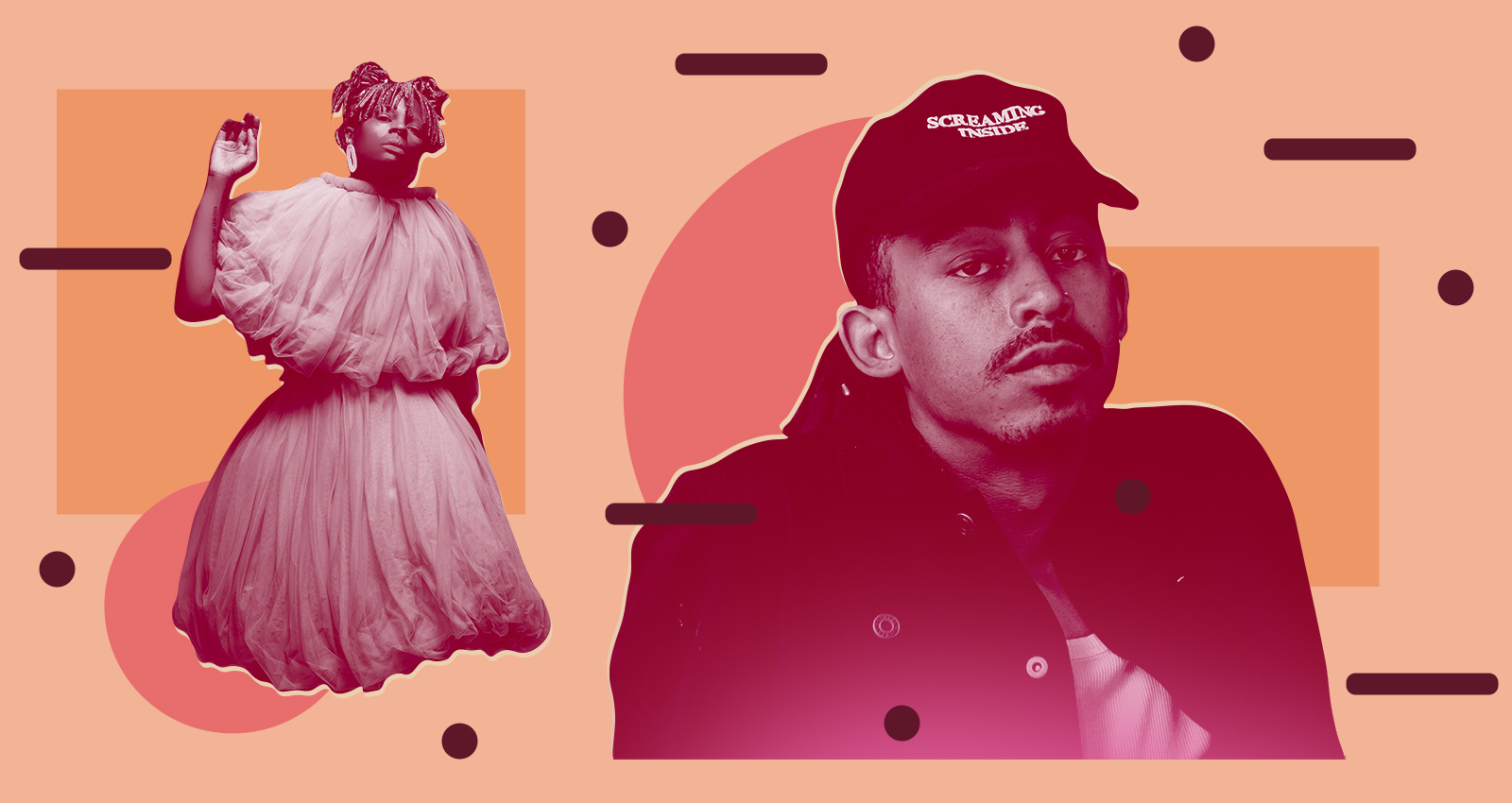 Let Me Die Inside You, Jordan Stephens’s debut album is provocatively titled, but its meaning is layered. Stephens says he became obsessed with the topic of death after a DMT trip. “We have our physical death, but we experience a little bit of death when we have sex,” he says, referring to “la petite mort,” the French expression describing post-orgasm sensations. “The other side of it is that our ideas of people die. Our relationships with people die. Our relationships with ourselves die. I think I’ve died three times in my life.” Stephens is talking about his evolution: In the early ‘10s, he released music as one half of the hip-hop duo Rizzle Kicks and in 2019, he dropped the solo EP P.I.G. On this project, he moves effortlessly from melodic vocals to raw rapping over shadowy experimental pop and mellow futuristic dance beats that were “made from scratch” with his producer friends. The twin themes of defiance and existence tie everything together. The gritty closer, “Can’t Close My Heart,” embodies the totality of Stephens’s love for singing, rapping, and poetry. “In my head,” he says, “that’s the biggest song in the world, ever.”

As a touring musician, Carson McHone is used to being constantly on the go. But Still Life, her debut full-length for Merge and third album overall, emerged during a period of enforced stillness. The Texas native wrote most of the songs in Austin prior to the pandemic, in between tours—but recorded them in fall 2020 while off the road, in the living room of her new home in Canada. “Being out of the context of where [the songs] were written gave me some very healthy perspective, as far as the sounds that went into crafting the record,” she says. “Things that I thought maybe I wanted to be a part of a song—I was like, ‘Oh, it doesn’t need to include all this other stuff.'” The result is an album of thoughtful, dusky folk and Americana, where each instrument—the optimistic saxophone and gritty guitars on “Hawks Don’t Share,” or wistful piano woven through “Sweet Magnolia”—add emotional nuance. “I was very much able to give myself over to the songs, but it was on my own terms,” she says.

On their first full-length album Primal Matter, The Serfs offer a feeling of immediacy—and this in-your-face, unrepentant directness is at least in part because of their Ohioan roots. Caught in a lineage of electronic experimental post-punk bands that hail from the same state—namely Post Industrial Noise and V-3—member Dakota Carlyle says, “We’re tied together by the same desperate energy and urgency that comes from living in Ohio.” Alongside Andie Luman and Dylan McCartney, the trio offers bare-boned mania on an album that touches upon a slew of oddball analog sounds, layered with ringing guitars. From the raucous synthpunk of “The Willows,” to the bellowing beat that cuts through the viscous static of “Outsider (Inside),” the LP emphasizes how The Serfs prefer to remain: undefinable and ever-changing. “Primal Matter is an alchemical idea—what crawled out of the primordial ooze,” says Carlyle. “And it can’t be destroyed, because it’s chaos.”

For Dallas, Texas native MATTIE, her debut EP Jupiter’s Purse is about the duality of humans and the importance of asking existential questions. Those concerns unfurl over chopped and screwed hip-hop beats and psychedelic ambient noise, via a soulful, operatic voice and a lyrical flow that is as beautiful as it is devastating, “For me, the music has come out of self-inquiry and the desire for freedom,” she says. “I feel like I started [this journey] at a very young age, just surrendering to the higher aspect of me.” Jupiter’s Purse, produced by fellow Dallas native and musical wunderkind Black Taffy, draws on elements from Mattie and her producer’s upbringing as church musicians and youth ministers in the South—like their love for gospel and soul—as well as Black Taffy’s classical training and fondness for hip-hop. The result is something the duo call “experimental soul.” The psychedelic synths and the staccato quality of the percussion give Jupiter’s Purse a dreamy sound, and the fact that Mattie tells her story through an original character called Mhuv who is living a transient life through space makes it feel ethereal. “Mhuv represents the act of going to sleep—remembering and then kind of moving through that and acknowledging ourselves as just space,” Mattie says. “You can tell that she or they is kind of going through this forgetfulness. Jupiter is the planet that expands everything, and Mhuv is from there. She was expanded into the physical world to experience all of the physicality of this place, the five senses, the highs, the lows, and misidentification. And she comes to a point within this EP where she starts to remember herself. As you remember yourself more, you remember that you don’t have a border—you’re expansive.”