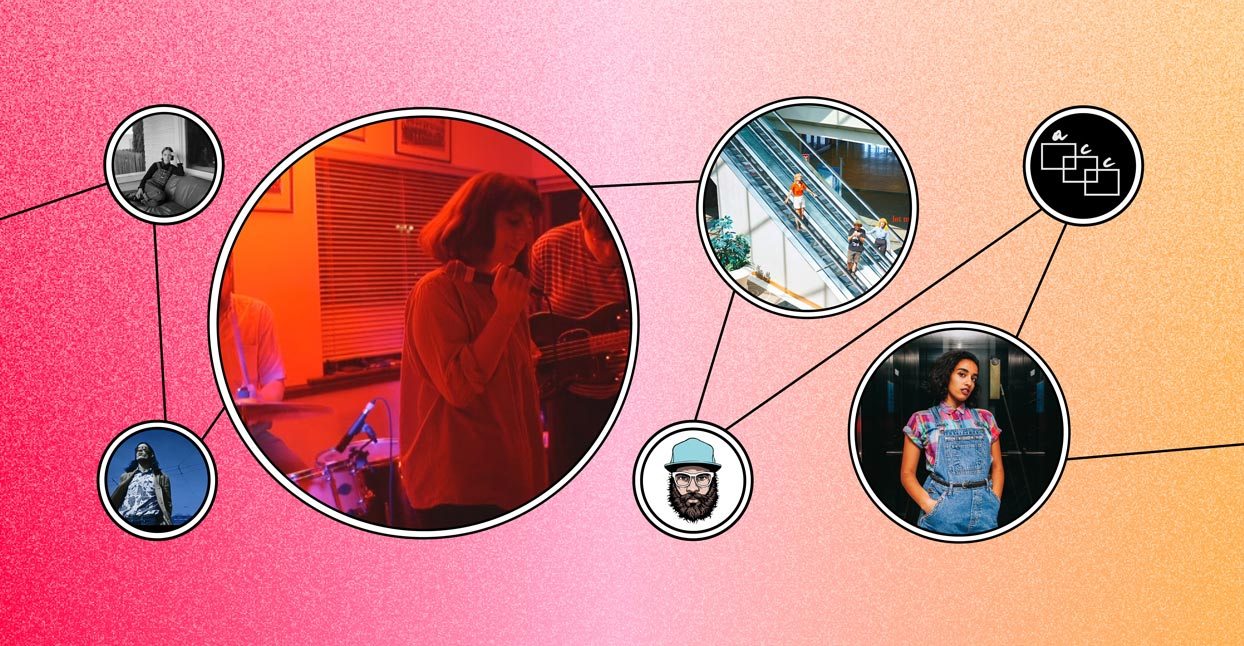 In Philadelphia in the early ‘00s, there was a club night called Black Lily held at the Five Spot, designed as a showcase for local vocalists like Jill Scott (whose star was just starting to rise at the time) and Jaguar Wright. The night also became known for the high-profile guests who would make surprise appearances, like Common and Questlove. Every week, the house band would settle in, and a rotating cast of vocalists would step up to the mic. And while I’m not sure this was intentional, the latest album from Kentucky producer Dr. Dundiff perfectly captures the feel of Black Lily. The band provides the throughline: most of the songs are built loose, warm, jazz-informed piano lines and dry, snapping drums. The album’s vocalists glide in and out, but not before making a sizable impression: Clare Reneé’s nimble flow livens up “What You Want,” dishing out syllables in small, tight clusters, skipping across the verses and leaning luxuriantly into the chorus. “Slip” is a showcase for Pink Siifu, whose understated delivery and soft, croaking voice is the perfect complement to the gently-burbling keys and mournful sax line. And Shania Robinson lights up “What I Want,” threading a warm, confident vocal between the rich instrumentation. More than anything, The Distance has the feel of an ongoing jam, one where the band vamps on a theme while friends enter the room for three minutes at a time to bless the track, then exit to make space for someone else. It’s the spirit of Black Lily, updated for 2019.

To the best of my knowledge, Chicago-based session guitarist and Hand Habits mastermind Meg Duffy doesn’t have a degree in psychiatry or social work — a little odd, considering how their latest album, Placeholder, is the most therapeutic rock album I’ve heard in ages. Granted, you won’t find any guidance-counselor aphorisms here, only honesty: Pastoral gems like “can’t calm down” and “are you serious?” have Duffy unpacking chronic anxiety (“A struggle left undefined/Asking for clarity doesn’t justify the crime”) and queer heartbreak (“Jessica, I forget/You shattered my reality”), respectively, contrasting the blunt force of her confessionals with rippling strums and crisp, clean vocals. However prominent its creator’s psychic scars might scan on the lyrics sheet, Placeholder never once gets weighed down by the emotional wreckage; instead, Duffy fashions it into a new vehicle entirely and sets off down the high road, finding clarity and self-love as they go. Such an approach is certainly a lot healthier than looking into the rear view mirror, not to mention a lot more pleasant-sounding.

Leggy
Let Me Know Your Moon

Cincinnati trio Leggy twist garage pop into a more compelling shape on new full-length Let Me Know Your Moon, a flirty and self-assured release that combines starry-eyed indiepop songwriting of Frankie Rose and the Outs with Sleater-Kinney’s bloody musical ping-pong match. Leggy’s previous long-player, a self-titled compilation of spitfire tracks with hooks that crackled despite being submerged in lo-fi buzz, revealed a band who seemed to be making it up as they went along, their songs held together by sheer force of will. That ramshackle, always-on-the-attack vibe is happily present on Let Me Know Your Moon, which retains thrilling quality of feeling like it might melt down at any moment. Leggy can certainly do a straightforward alt-rock nugget, as they show on the chugging “Bad News” or Breeders-esque “Already Gone,” a jammer that arrives late on side B and features some neat and rather out there vocal harmonies, but it’s in the weirder corners where Let Me Know Your Moon truly shines. Guitarist and vocalist Veronique Allaer is a bit of a belter in the Corin Tucker mode, and she favors rolling melodies that start low and then swoop up to her higher registers before sliding back down again, lending her sharp, rather poetic lyrics (“And when I like your status once a week/I skinny dip in your stream/ Of consciousness/ Consciously”) an intensity and swagger that gleams suggestively against the slacker rock sound of the guitars and bassist Kerstin Bladh’s grittier singing-style.

There’s a sobering bit of footage in the Townes Van Zandt documentary Be Here to Love Me where the lauded outlaw-country troubadour, then 28, proclaims, flatly and matter-of-factly: “I don’t envision a very long life for myself. I think my life will run out before my work does. I’ve designed it that way.” That’s classic Van Zandt grit for you — turmoil-fueled dedication from a man who waged lifelong battles with bipolar disorder, acute memory loss, industry politics, and addiction, and yet remained prolific all the while. So it’s no surprise that, two decades after his death on New Year’s Day, 1997, Van Zandt keeps on giving from beyond the grave. Originally recorded in 1974 (and subsequently curated and approved by Van Zandt’s widow and children), Sky Blue collects alternate, stripped-down versions of beloved staples (“Silver Ships of Andillar,” “Pancho and Lefty”), interpreted roadhouse standards and murder ballads (Tom Paxton’s “Last Thing on My Mind,” the traditional “Blue Ridge Mtn. Blues”), and two never-before-heard songs. That the minimal production and sparse arrangements suggest an unfinished work is to the compilation’s benefit; it provides us modern folk with an intimate portal into the record’s original, frenzied time-space circa the early »70s, as opposed to the musical equivalent of a dead musician’s hologram. Ultimately, whether you’re new to Van Zandt’s Texan tragedies or a lifelong fan, Sky Blue is a strong bet.

One of my favorite things about the mid-late ‘00s music blog explosion was the sudden digital availability of an incredible number of underground rarities, often self-released or private press; I found out about a number of now-beloved records this way, and it gave me a sense of scale I’d never had before. For a rare post-punk, soul, and disco digger like me, it felt exciting, and a little overwhelming, to think of the sheer amount of music out there—some of it incredible, some of it not so much—that had been hiding in individual collections. In some cases, this led to official reissues, artists getting a new lease on life from a committed fandom. London’s ACC Records seems cut from this same enthusiastic cloth, giving ‘80s new wave and post-punk artists who never got their due a lovely reissue treatment. Their second release, Novostj DsorDNE, collects the early work of Turin, Italy duo Marco Milanesio and Roberta Ongaro. This is fascinating stuff, melding goth’s romanticism and punk’s political agitation with the more experimental strains of ‘80s electronic music. It’s clearly of the era, but no track here sounds like it had a template. Raw noise cuts up the piano frills on “La Voce,” spilling into the unsettling “Non Credi Non Credi,” where Ongaro’s voice is processed alongside wild synth pulses into pure alien transmission. More straightforward tracks like “Nel Vuoto” and the haunting and melodramatic “Disordine (Versione dal Vivo),” still bend and stretch in unexpected ways. A unique and compelling release, worthy of being written back into the post-punk and electronic history books.

Upon first listen, the economical new 4-track 7-inch EP from the economical Vital Idles, Glasgow’s most ignored minimalist post-punk band, sounds pretty familiar, these being the same sort of whip-smart, crisply recorded post-punk numbers you’ll remember from the band’s excellent 2018 full-length Left Hand. But here the size of Vital Idles’ sound seems to have swelled even as the songs have wound themselves into ever tighter balls of excitable energy. The band is just taking up more space, their songs no longer threatening to fall apart as to simply explode without warning. This new shifting mercurial quality is reflected Jessica Higgins vocals, which have lost their affectless quality and taken on a new dynamism as she experiments with yips and yelps on “Rustle, Rustle,” and a series of belted “Oh’s!” on final track “Careful Extraction” which features very relatable lyrics like, “Just me and my illogical undoing! Just me and my sorry excuse!”

Water Garden is the dreamy folk-pop work of Minneapolis-born Anju. The multi-hyphenate is skilled in singing, song-writing, production, and multiple instruments and the arrangement of this album makes that clear. Album starter “Jasmine” is a lovely ode to childhood and flows seamlessly in “Hummingbird,” a song about love. Anju’s lyrics have an element of magical realism — they are ethereal yet grounded. “My work demands that softness and strength can coexist,” she told Bandcamp last year. At its core Water Garden is about family, friendship, and community. “For other QTPOC looking for a home. Hope you can find one in these songs,” she writes in the album notes. Water Garden’s four songs leave me yearning for more. I’m excited to see what Anju does next.