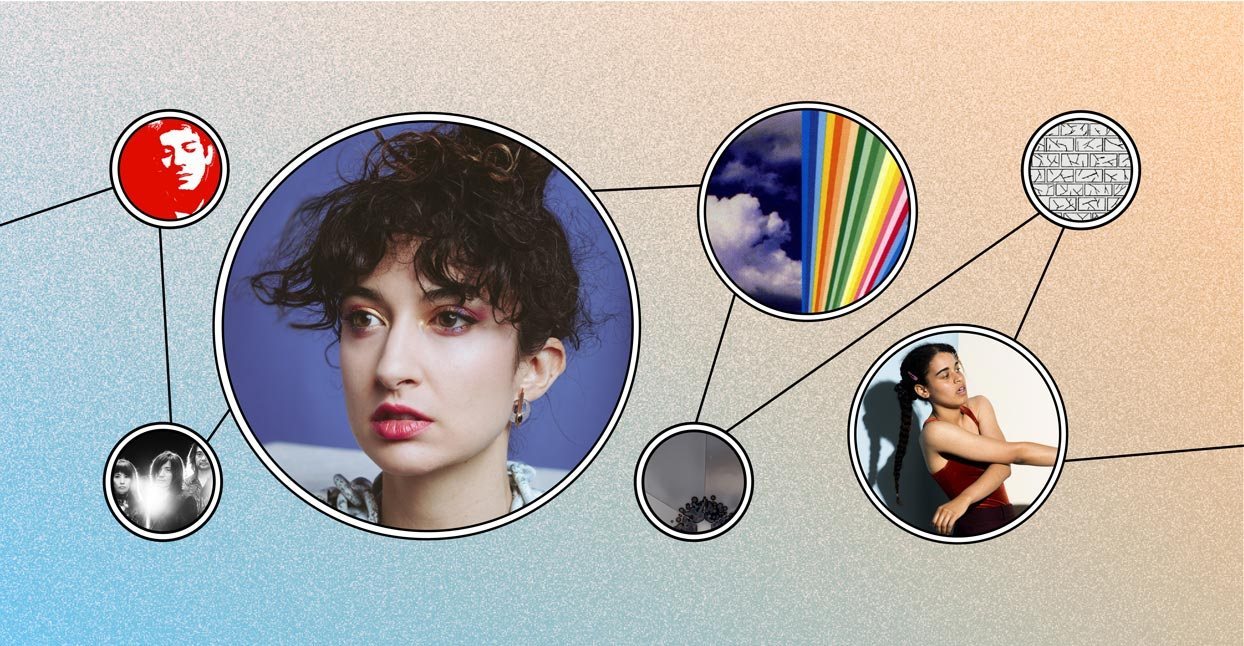 Posh Isolation’s own Loke Rahbeck has many sonic identities, but his Croatian Amor project has been the most prolific. As most artists do, he’s evolved and refined what he does over the years, from the collaged “bubblegum industrial” of The World to the unsettling ambience of Love Means Taking Action, which was designed as an “open stem” project, an invitation for other artists to freely use and meddle with Rahbeck’s vision. On Isa, Rahbeck brings in his own guests, experimental forces like Soho Rezanejad and HTRK’s Jonnine Standish, for what may be his most surface-level approachable work yet. This still isn’t easy listening, though; Isa retains Croatian Amor’s consistent sense of nausea and disturbance, with beats feeling as if they’re being sliced away beneath slowly melting glaciers of synth and vocals (“Siren Blur Accent”) and haunting vocal phrases chopped into alien language (“Into Salt”). My favorite horror movies aren’t the ones with jump scares or tons of gore, they’re the ones that achieve Isa’s level of subtle and intimate creepiness—something that takes true artistic mastery.

If you want to get a sense of the scope of D A Y S, Sarah Pedinotti’s stunning first record as Lip Talk, skip straight to “Gold ^ Pink,” a song that never stops changing shape for the entirety of its four-and-a-half minute run. It opens like Purity Ring, with throbbing, martial percussion and Pedinotti dispensing words in single short syllables; but after just a handful of verses, everything shifts: Pedinotti’s breathy voice gliding over arena-sized drums and cloudlike synths. In the middle, the bottom drops out completely, leaving Pedinotti’s voice floating briefly in space. Finally, it arrives at its glorious coda and goes full R&B, the melody line becoming wistful and nostalgic, guitars providing gentle textural ripples in the background. Pedinotti’s deftness with creating song structures that are both complex and alluring is one of the record’s many marvels—D A Y S rides a heretofore nonexistent line between Kate Bush, Sylvan Esso, and Kehlani, full of deeply rhythmic songs that balance restraint and gracefulness with sudden onrushes of serrated electronic noise or avant-jazz instrumentation (listen to the stumbling piano tripping around in the closing moments of the bewitching “Lemon Drop”). D A Y S is the rare record that proves pop hooks and adventurous arrangements need not be mutually exclusive. From the slow, lurching, brass-buoyed “Artemis” to the beautifully unglued “Fuk It Up,” every song is a wonder.

As with pretty much everything else in their twenty-year body of work — the whole goddamn universe, for that matter — the newest album by Japanese instrumental ensemble Mono is nothing short of a big, bold, brash, beautiful mess. A prodigious monolith erected just in time for its makers’ twentieth anniversary, Nowhere Now Here has the band teaming with noise-rock eidolon Steve Albini for ten of their most towering, hard-hitting compositions yet, which, taken as a whole, stand as Mono’s strongest material in well over a decade. Fans who found their past few records too middling and predictable will be delighted by the dynamic pragmatism of songs like “Breathe” and “Sorrow,” with their carefully-measured cathartic arcs and frisson-filled arrangements. It’s not so much a return to form, so much as it’s a metal-flavored re-invigoration of that tinnitus-inducing, breathtaking raison d’être, two decades old and counting onwards and upwards, to infinity.

It’s taken a hot minute for the U.S. to catch on to Muro’s brilliant Ataque Hardcore Punk, a ball of pure furious hardcore energy from Bogota. Members of the Rat Trap collective, a loose association of punks who put on shows, record one another’s bands, and otherwise support one another (as punks around the world have been doing for decades), Muro originally released Ataque Hardcore Punk with the Oslo-based Byllepest Distro in 2017; following the group’s appearance at Not Dead Yet Fest last year and a subsequent tour, Beach Impediment finally brings their simultaneously catchy and relentless sound stateside. I’ve been listening to this record a lot and thinking about how hard it is to achieve the balance Muro do. The recording is raw-edged but still clear, each element audible without losing any of the overall momentum in that way airless studio production can do. The songs are punchy and efficient, effortlessly matching every discordant turn with a memorably melodic riff. The percussion is breakneck and precise. Every vocal inflection stings with appropriate indignation. It’s everything that makes hardcore a delight to me, a thing I have written about in this feature before, a celebration of excellence in a subgenre that can feel awfully stale several decades in.

“Economical” is a dry word, but it’s a good one to describe the minimalist sonic palette DC artist Eva Moolchan aka Sneaks uses to construct her post-punk laced hip-hop tracks on second LP Highway Hypnosis. By turns punchy and mellow,  Highway Hypnosis feels like a self-contained and infinitely repeating world of sounds and phrases divorced from any concrete measurement of time. True to its title, this is a record that entrances the listener with its lean construction and the unusual sound choices (punky lo-fi bass lines, finger snaps, light trip-hop atmospherics) that make Sneaks’ music hard to categorize as one thing or another. Mostly Sneaks just sounds like Sneaks. But though her music may be soft on the ear, Sneaks herself is a brash and bright presence on record who doesn’t shy away from a little self-love here and there. She knows how good she is. So should you.

A far cry from the clanging shoegaze he made as a member of the Florida band Merchandise, David Vassalotti’s latest LP, Guitar Dream, instead hews closer to the smoke-wreathed, slightly mystic ballads of groups like Felt, or early Kurt Vile. Album-opener “This Extravagant Lie” lays the template bare from the get-go: guitars are woven into loose, strange patterns, as Vassalotti sighs out each sorrowful word with a mix of high drama and quiet restraint. That interplay of high, trebly chords and Vassalotti’s camp croon is one of the album’s most reliable charms: the little hiccup up the octave that breaks up the verses of “The Light,” the Edwyn Collins-like wobble in his tone on the hushed “Devenir Immortal.” The album is loosely autobiographical; some lyrics seem to chronicle the aftermath of a breakup, others—like the harrowing “Let it Burn”—probe Vassalotti’s own weaknesses and shortcomings. But even when he’s laying bare the details of a disintegrating relationship, Vassalotti’s softly theatrical delivery makes each song feel as high-minded and ornate as a Shelley poem. Guitar Dream is a strange, beautiful record that teases out its secrets in faint, languorous tones.