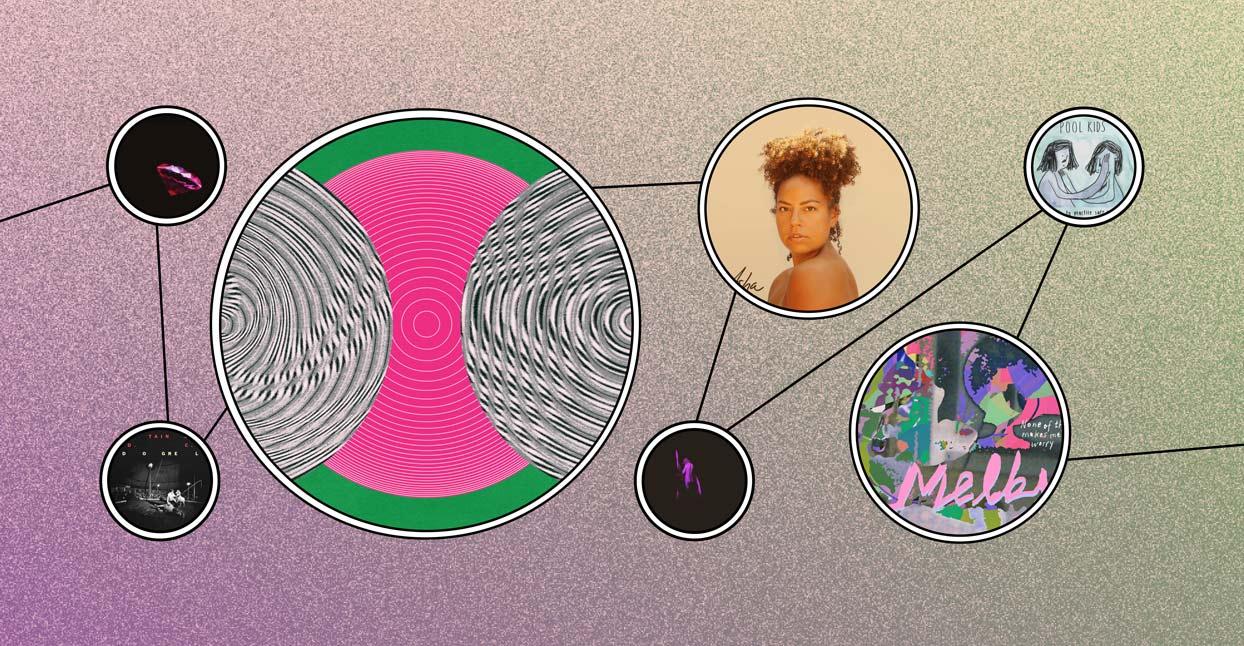 The Dublin band Fontaines D.C. play songs with a gritty rhythmic bent and a cutting brogue, a proud continuation of Ireland’s confrontational, working-class musical tradition, not to mention one presently situated at the center of a serious hype storm. In the months and weeks leading up to the outfit’s debut album, Dogrel, my fellow critics have flagged the five-some as the 21st-century Pogues, the kind of band James Joyce would endorse if he still alive today — and keep in mind, these guys are all in their early twenties! Given the UK press’ intermittent tendency to, erm…exaggerate…I’ll admit that I was a bit skeptical heading in.

Roughly eight seconds into the opening track, “Big,” all that doubt faded away. The cymbals clatter! The kick drum thumps! And in marches frontman Grian Chatten, throwing down the gauntlet with the casual cadence one uses when they order another round at the bar: “Dublin in the rain is mine!” His bandmates’ cacophonous pogo gives way to a strident chorus — sturdy bass, crisp snares, scratchy riffs — anchored by more deadpanned determination. “My childhood was small!” vows Chatten, clear, high voice probing through the hazy thick. “But I’m gonna be big!” He’s certainly right about that; between the heavy lifting they pull off on cuts like “Too Real” and “Chequeless Reckless” and the simple, effective balladry they employ on the closing “Dublin City Sky,” Fontaines D.C. have plenty to offer here. Believe the hype, and add this to your collection ASAP.

Chris Forsyth’s All Time Present is an adventurous and, considering its length, remarkably tight double LP of riff-heavy rock solid enough to bang your head on, but not really to bang your head to as the overall vibe here is of a vintage that pre-dates punk. But that’s not to say this is dad rock—All Time Present gives the classics an almost ambient treatment, flattening out the edges of the songs while preserving the technical frills, ultimately landing somewhere around a less self-interested style of prog. This is rock music for the people. That said, fair warning to all ye who enter: things start to get real groovy around track three, “The Man Who Knows Too Much,” after which Forsyth and company plunge fully and without reservation into a heady well of eerie psychedelia and British folk-rock whimsy on the following track, the 11-minute long number “Dream Song,” which also features some appropriately hazy double tracked vocals from Rosali Middleman. But never fear, intrepid listener. Trust in Forsyth to lead the way through long stretches of extended, expansive jamming, and by the time you get to final track, “Techno Top,” it’s 1980 and we’re all dancing to the Talking Heads.

Melby
None of this makes me worry

Stockholm band Melby bring a mildly psychedelic and moody outlook to dream pop on debut full-length, None of the This Makes Me Worry. While the band favors strong, instantly earworm-y melodies and baroque instrumental choices, the songs here are just slightly too long, sophisticated, and altogether downbeat to be pigeonholed as sunshine pop. But there’s also a playfulness in Melby’s approach that recalls psych’s more childlike impulses, with Matilda Wiezell’s subtly emotive vocals contributing to the band’s balance of modern and warmly nostalgic sounds.

The Nashville band Oginalii may have abandoned the tarot card imagery that decorated their first few singles, but there’s still plenty of eerie magic in the songs on Cause & Affection. The group melts prog and psychedelia together to fashion songs that are dark and stormy, with thundering guitars crashing over Emma Hoeflinger’s white-hot-streak of a voice. It takes a rare level of brawn to make the phrase “no littering” sound like a threat, but that’s exactly what Hoeflinger does at the album’s outset, bellowing it over and over as the band churns and slashes behind her. A corkscrewing breakdown burrows through the center of “Further In/Further Out,” and in its closing moments, the song is drowned in pitch-black waves of guitar. The stunning nine-minute title track uncoils slowly and ominously; Hoeflinger threads an aching vocal melody over Simon Knudtson and Emma Lambiase pensive rhythm section. Eventually, the floor buckles, and the song takes on the heaving ferocity of doom metal. Its protracted middle passage is jaw-dropping in its intensity, Hoeflinger’s pleading voice buried behind brutal, 400-ton riffs and lead lines that are so distorted and chewed-up that they’re more corroded texture than solid sound. The album ends with a cover of “Moon River” that is almost chilling in its serenity. It feels less like the calm after a storm than the deceptive reprieve in the eye of a tornado.

Tahirah Memory’s Asha is a jazz filled collection that covers mourning and love. Memory’s voice is vibrant on the album’s nine tracks and is accompanied by pleasant, soulful beats. Album opener “Music’s in Everything” is an ode to Memory’s father, the Grammy award winning jazz musician Thara Memory. On “Lovely Bones,” Memory’s strong voice shines over a beautiful piano arrangement by her frequent collaborator, Jarrod Lawson. Elsewhere, “Easy” displays Memory’s smart songwriting over a bumping percussive melody. Album closer “Never Wonder” is a hopeful ballad that closes the album on an upbeat note. Asha plays like a loving tribute to Memory’s father and an invitation for listeners to get to know her most intimate thoughts.

The combination of tense, dark synth atmospherics with sparkly pop melodies is a time-honored one, but it’s also having somewhat of a contemporary moment. (Perhaps there is something particularly resonant about the balance between a realistically grim aesthetic and one that pulls toward blissful escape; perhaps I think too much.) Chicago trio Pixel Grip have their finger on the pulse; they came roaring out of the gate a little while back with a taut, carefully realized, but still energetic and enervating live show. Heavy Handed is their debut LP, and it’s a stunner. Not only do Pixel Grip have an ear for that aforementioned marriage of sugary hooks and shadowy analog synths, but they have an able grasp on Chicago musical history, nodding to the dreamier side of house music (“Body Like That”) and the poppier side of Wax Trax (“Can’t Compete”), the intertwined worlds of the queer club underground and the goth scene. And singles like “Diamond” and “Plastic Enemies” could play to the more oddball side of mainstream pop, the curious Billie Eilish or Robyn fan ready to dig a little deeper. Rita Lukea’s vocal delivery is masterful and playful, pumping up the sensuality on one track only to drip with acid on the next. And the album is beautifully sequenced and mixed, displaying the group’s range through seamless transitions. With both niche and mass appeal, this one’s a winner on all levels.

Originally released last summer, the debut full-length by Florida emo band Pool Kids generated some belated, well-deserved buzz last week, thanks largely to an Instagram shout-out from Paramore’s Hayley Williams (who should really be on Bandcamp, by the way!!) “This is what Pmore WISHED we sounded like in the early 2000’s,” she wrote of the group’s sound, a bristling combination of math-rock, Midwestern emo, and power pop, going on to gush, “This kind of music will always be v. Special to me.” I’ve already pointed out the similarities between Williams and the band’s lead vocalist, Christine Goodwyne, both of them boast thorny, tightly-controlled altos packing serious gravitas. But don’t be misled by that superficial take-away; the wry, incisive lyrics and technically-savvy bouts of genre-bending heard across Music to Practice Safe Sex to reveal Pool Kids as unique, unpredictable, and above all else, prodigious. (Fun fact — Goodwyne is responsible for everything you hear on the album, save drums; Talk about multitasking!)