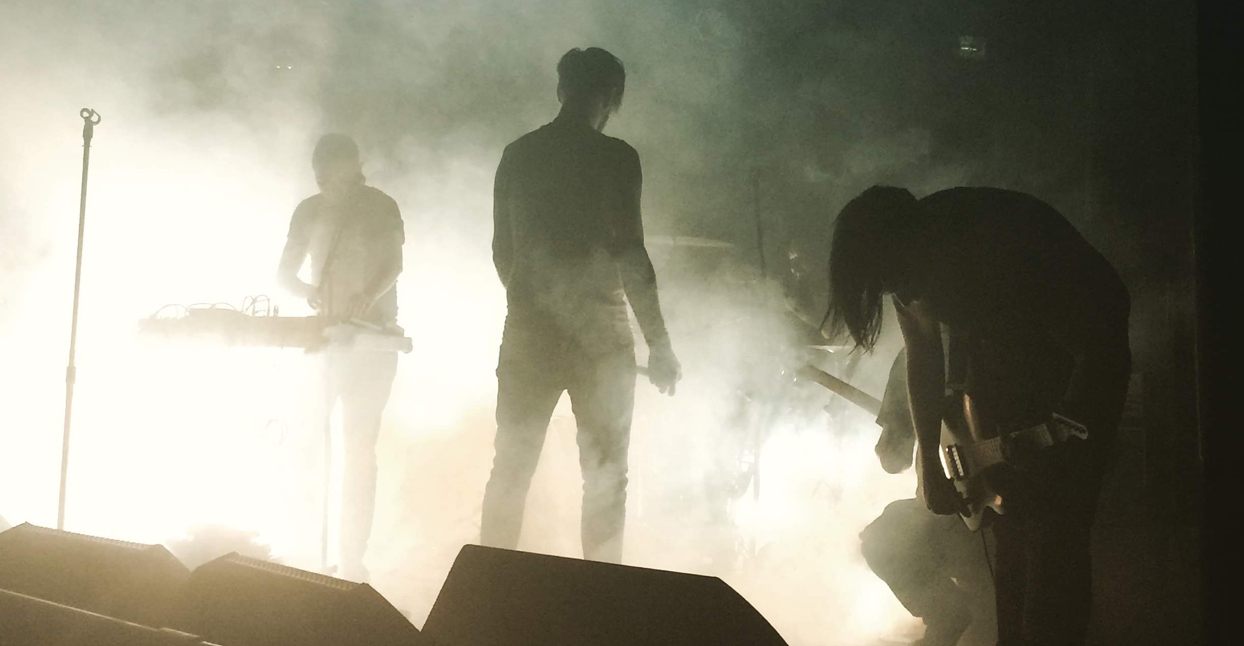 In the early ’90s, the term “post-rock” was coined by the music journalist Simon Reynolds to describe artists who were using “rock instrumentation for non-rock purposes.” Soon after, “post-metal” emerged as a handy label for those who were making similar innovations in a heavier field. While the post-metal canon is wide and varied, its bands tend to evade the traditional formulas of metal songwriting by integrating ambient, psychedelic, avant-garde, classical, and drone influences into their slowly unwinding compositions.

With good reason, American artists and labels have tended to dominate the genre. Oakland’s Neurosis, for example, broke new ground by stretching out their running times, using ambience and sampling in an innovative fashion, experimenting with unusual instruments including space-rock synthesizers and even bagpipes. Neurosis’ fifth album in particular, 1996’s Through Silver In Blood, is considered a high water mark in post-metal. Their Neurot Recordings imprint boasted a roster of like-minded artists, as did labels like Relapse and Hydra Head (whose founder Aaron Turner prefers to categorize such music as “thinking man’s metal”). Indeed, much post-metal material is as well-suited for meditation or studying as it is for slow headbanging.

However, the cultural dominance of the U.S. has overshadowed the work produced in other territories, not least the U.K., which could stake its own claim as post-metal’s de facto birthplace. After all, Black Sabbath didn’t just invent heavy metal in its purest form; the Birmingham band’s output has also acted as an eternal touchstone for subsequent subgenres including doom, sludge, and drone metal. Furthermore, Sabbath’s home city also gave us Justin Broadrick, whose work with Godflesh and Jesu has exhibited numerous ways in which metal can open itself up to broader sonic possibilities, be it via industrial techniques, dub influences, or shoegaze effects.

A country with empty factories from the Industrial Revolution still lining its cityscapes, a national consciousness that in many ways remains defined by its sense of post-imperial decline, and with a grey and drizzly climate that can easily cultivate pessimism, melancholy, and introspection, the U.K. is a particularly suitable breeding ground for the morose style of post-metal.

With that spirit of inspired misery in mind, here are six records you need to know, courtesy of the U.K.’s most creative contemporary post-metal bands.

Formed in 2015, this Leeds-based sextet’s influences include Cult Of Luna, Sunn O))), and Glassjaw. However, their personnel have also assimilated techniques from working with the dark-ambient collective A-Sun Amissa and scoring films under the Æmaeth alias. Debut album Breaching weaves together atmospheric drone work, sampled soundbites, sludge riffs, and hardcore vocals that hover in the space between authoritative bellow and anxious scream. The songs are augmented by gothic keyboard parts and performance methods such as vibrating the electric guitar strings with a cello bow. This winning formula roused the experts over at the Echoes And Dust blog to laud Breaching as “a milestone in the British metal scene.”

Each Archelon LP takes the listener on a journey. A track that opens like an early Mogwai number could end up sounding like Mastodon in full crescendo mode, with a middle segment that resembles a doom band attempting to play ambient techno. Equally, a song that rattles out of the starting gate with all the force of a Baroness or Red Fang single will eventually decelerate in order to veer into darkly psychedelic pastures. Crisply produced, especially for an underground band whose budget can’t have been massive, the Tribe Of Suns album contains seven of these exhilarating night trips.

Like many post-metal musicians, the members of Ohhms started out playing in hardcore punk bands before discovering the less frantic delights of post-metal. Indeed, Ohhms’ Facebook page describes the band as “Heavy. Not Fast.” That doesn’t mean there aren’t time changes aplenty within, say, the 23-minute opening track to last year’s Exist, which traverses caustic drone metal, melodic semi-stoner moments, and a quieter, almost New Age midsection. While Ohhms have discarded the sheer breakneck tempos of punk, they refuse relinquish hardcore’s political edge. Exist’s lyrical concerns focus on animal rights, the problems with industrial farming, and the need for direct action.

An openly daft name has done nothing to hinder this Welsh band’s deadly serious intention to continuously push themselves—and metal in general—into ever fresher territory, making colossus-sized strides with each subsequent record. Their ocean-deep riffs, crawling tempos, and lengthy running times have always been grounded in doom while prog, space rock, and psychedelic touches have crept increasingly to the fore. Totems, a split release with Belfast, Ireland’s likeminded Slomatics, suggests that both sets of riff merchants have already soaked up their fair share of Sabbath and have since been digging their way through the vast Hawkwind section of the used-record store.

While Wren play a progressive form of sludge metal that has drawn fitting comparisons to Converge and Isis, the London-based outfit also take pains to emphasize their love of The Jesus Lizard and the unruly spirit of noise rock. A second full-length from the group is imminent—hopefully, it will appear later this year. In the meantime, 2018’s Thrall EP gives a taste of what to expect. Consisting of just one 20-minute track, its quiet and swirling intro sets the moody tone after which the track gradually builds in heaviness via chugging riffs, lingering rhythms, and muffled roars. The noise rock influence becomes clearer after the halfway mark where the playing embraces a looser feel with hints of Slint or Don Caballero. That’s before Wren leap back into metal territory for the final cathartic movement.

There isn’t a whole lot known about Remote Viewing aside from the fact they include members of now-defunct cult acts Palehorse and Million Dead. Here is some of the scant information that was provided ahead of their debut album: “The music tells the story of cousins choking to death on the night bus. Of failed suicide attempts in provincial supermarket carparks. Of quiet, kind, generosity. Of parents dying. Of beautiful flower arrangements. Of a lack of patience, and then reprieve.” Blood Loss addresses these themes through a mangled mixture of doomy riffs, post-rock melancholy, crust punk rawness, and screaming to rival Dave Verellen of Botch. Speaking of rivalry, is the track title “Pelican’t” a sly dig at Chicago post-metal titans Pelican? America, consider the gauntlet thrown.