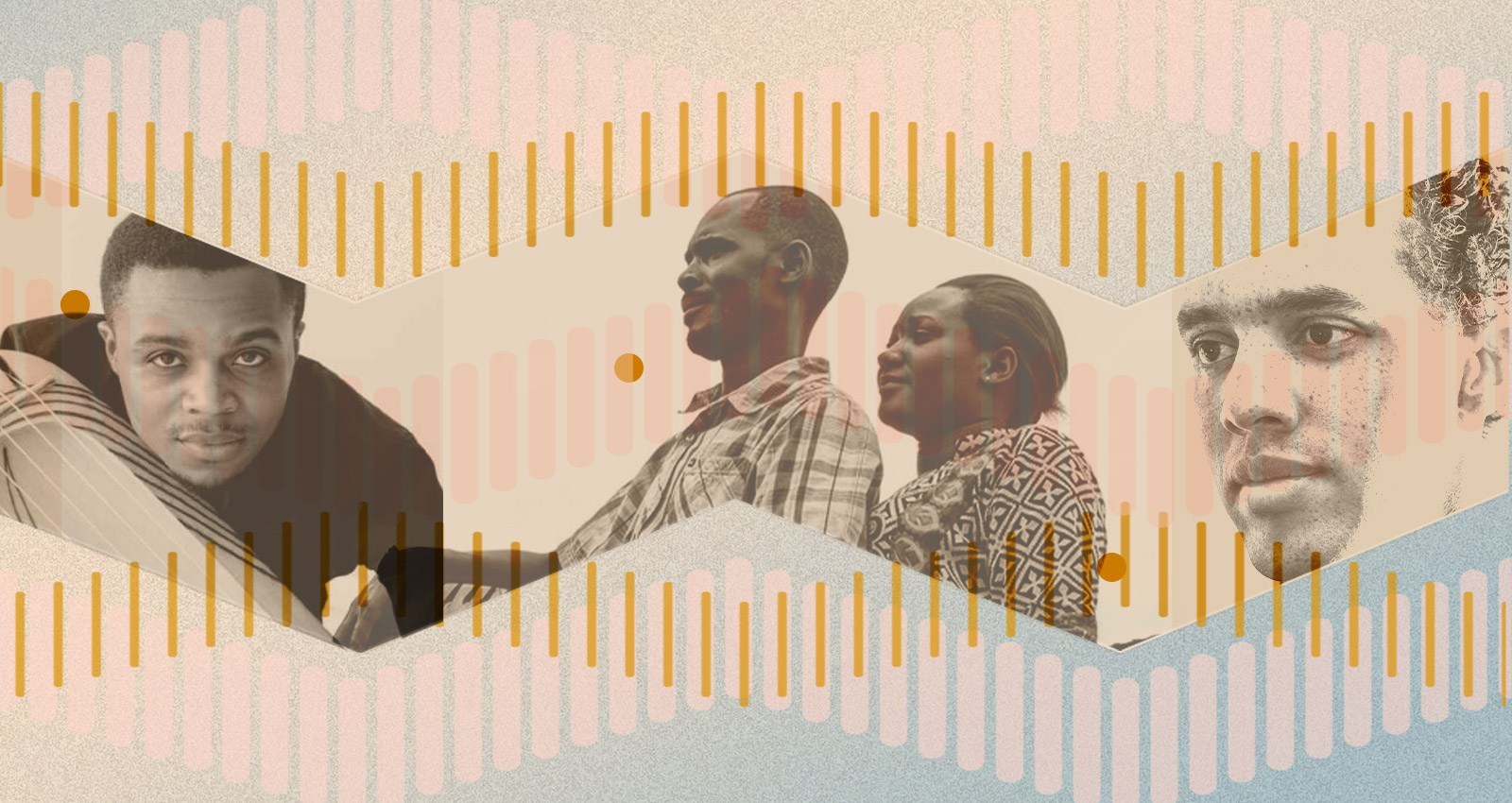 “Rwanda should be known for the strength and courage to move on; looking beyond a tough historical background,” says Teta Diana, a Rwandan singer whose debut album Iwanyu, explores ideas of reconciliation, rebirth, and hope. Twenty-six years after the genocide that claimed the lives of more than 800,000 people, Rwanda is a peaceful country with progressive ideals. Its parliament has the highest proportion of women in the world (61% in the lower house); its capital, Kigali, is the cleanest city in Africa (benefiting from a 2008 ban on plastic), and corruption levels are at an all-time low, making “The Heart of Africa,” as it is known, one of the easiest countries on the continent to do business.

Underneath these achievements, however, is a nation of people who are still healing. “It’s a process,” says Diana. “It will probably take a few more generations to say that we have overcome our hardships.”

Born in Kenya to Rwandan parents, Diana grew up in neighboring Uganda, before returning to Rwanda after the genocide. Her experiences in exile are all too common for Rwandan people, including many musicians, and have been for decades. In 1962, during a violent declaration of independence from Belgium, many traditional Rwandan musicians were forced to flee to refugee camps in Burundi or Uganda, never to return. In their absence, pop music from other countries began to infiltrate the local airwaves, and in 1994, this music was used as propaganda in the genocide, to devastating effect.

Over the last few years, as more and more people begin to move back home to a peaceful and prosperous country, Rwandan music is at somewhat of a crossroads. Some musicians are embracing their roots and honing a traditional style of music that lost many of its elders in the decades prior. Others, however, are exploring a sound that incorporates influences from their time spent overseas in West Africa, Europe, and beyond.

Here are six artists, living both in Rwanda and abroad, who are exploring their Rwandan identity through music.

The Good Ones formed their band in 1994 as a healing mechanism in the wake of the genocide. The original trio featured a member from each of Rwanda’s three tribes—Hutu, Tutsi, and Abatwa—and was conceived as a way to unify their community and seek out “the good ones” in each ethnic group. Lifelong farmers living in a remote area with no electricity or running water, the trio sings emotionally uplifting folk songs about love and tragedy, using only acoustic guitar and farming tools such as boots and hammers for accompaniment. Their latest album was produced by Ian Brennan, a Grammy Award-winner, known for his work with Tinariwen. “Adrien is one of the great roots songwriters in the world in any language,” says Brennan of Good Ones bandleader Adrien Kazigira. RWANDA, you should be loved, released late last year, features contributions from Fugazi’s Joe Lally, Sleater-Kinney’s Corin Tucker, Nels Cline, and TV On The Radio’s Tunde Adebimpe.

The band’s rural, rootsy sound is Rwanda’s equivalent to bluegrass, and their decision to write their lyrics in Kinyarwanda made them the first musicians to distribute songs internationally in their language. The two lead singers, Adrien and Janvier, often sing harmonies so close to one another, it is hard to tell them apart. “Adrien and Janvier sing together in a way that can only come from having developed their voices together since childhood—they become one voice,” says Brennan. For the trio, the message in their music is clear: “For people who are doing bad things to change to good.”

Abatwa—a band named after the tribe to which their members belong—hail from the remote borderlands of Rwanda. Their people, who are also known as pygmies, are one of the most marginalized and endangered groups in Africa.

Musically, their sounds are raw. Each singer on the album expresses undiluted emotion, with family members—mother and son on “Umutesi,” husband and wife on “Ihorere”—trading verses about pain, healing, war, the environment, and more. The album’s standout is “Umwana W’umuhanda (The Child from the Streets),” a sparse and offbeat number written by 19-year-old Rosine Nyiranshimiyimana, which features chants, group sighs, and a battery-operated loop machine. “The Abatwa collective is a classic case of tradition being more modern than what is new and trendy,” says Brennan, who also produced Abatwa: Why Did We Stop Growing Tall?

The album’s other tracks utilize an array of traditional instruments, including the one-stringed umuduli, the 11-string icyembe, and the 11-string inanga—an oval-shaped harp with a canoe-like structure, which is one of the oldest and most revered instruments in Rwanda. Tuned to a pentatonic scale, musicians usually perform short and repetitive melodic patterns on the inanga, which sounds as beautiful as a harp, albeit raspier, and is deeply captivating.

For Abatwa, it is the wood that makes the inanga unique. “Build it somewhere else and it wouldn’t sound the same,” they say. The instrument is carved out of special wood from a rare kind of tree called umwungo, which is found in the forest in Gisenyi, a town on the north shore of Lake Kivu.

One of Rwanda’s finest proponents of the inanga is Munyakazi Deo, a 27-year-old prodigy living in Kigali, who describes his instrument as a “Rwandan guitar.” On his debut album, Isoko Dusangiye, meaning “Our Common Source,” soaring vocals, tightly-produced choruses, and intricate plucking combine to offer what is perhaps the purest sound of Rwandan folk music today.

Deo first learned the inanaga in 2012 from Vianney Mushabizi, a 70-year-old “maestro” who teaches many of the younger players. Deo’s respect for tradition and lineage of the instrument is very apparent: “I want to introduce the inanga to a younger generation because it is our identity,” he says. “Most young people are interested in modern music…hip-hop & R&B, but we’re not as good at it because it is not native to us. We need to get back to the real roots of our culture. Our culture is our identity.”

While celebrating tradition is a core focus, Deo isn’t afraid to push the boundaries of his music, using guitar, balafon, saxophone, and spoken word to compliment the inanga. His collaboration with Joss Stone in 2017 draws a natural parallel between his music and the blues.

Teta Diana’s music is a fusion of folk, jazz, and afro-pop. Now living in Sweden, she was initially ‘discovered’ during “igitaramo,” a cultural night at Hôtel des Milles Collines in Kigali (an establishment known for its role in the genocide, and depicted in the movie Hotel Rwanda).

A supremely talented vocalist with a beautiful tone and precise pitching (heard most clearly in the track “See Me”), her debut album Iwanyu, which means “home,” explores the concept of belonging. “I was born in exile, from two ordinary parents who had lost the right to live in their own country for over 30 years. I was taught to love a home I had never seen.”

By exploring her identity through music, Diana embraces the universality of her influences. “Music is a cross-cultural, cross-ethnic, cross-boundaries language that speaks to the soul,” she says. But, she also knows the importance of celebrating tradition. “I’m still figuring out ways to create a unique sound based on traditional Rwandan music,” she says. “People are dancing back toward their roots. There’s a whole awakening of people wanting to own their unique identity…music has never been as exciting and interesting as it’s going to be.”

Ineza Kerschkamp is another singer living in Europe who incorporates Western influences into her music. Kerschkamp successfully occupies the middle-ground between jazz and soul, and was featured in Bandcamp’s Best Soul roundup in September 2018 for her debut EP Where Are You From. Like Diana, Ineza also explores the depths of identity and self-discovery in her music.

Explaining her debut EP’s title, she says: “I chose it because it’s the number one question people ask me when they meet me for the first time. It has a complicated answer: I’m from Belgium because my adoptive parents are Belgian and I was raised there. But I’m also from Rwanda because I was born there. I’m Belgian and Rwandan, I belong to the colonizer and the colonized. I used to feel confused and conflicted about these two truths, but luckily over time and especially after meeting my biological family, I’m more at peace. At the end of the day, it doesn’t really matter where we are from although it helps when you know where your roots are.”

Gaël Faye was born in Burundi to a French father and Rwandan mother. In 1995, after the outbreak of the genocide, he moved with his family to France. Gaël relives his formative years on the Rwanda-Burundi border through his award-winning novel, Small Country, which explores childhood, war, exile, and identity. He navigates these same themes through his music, in songs such as “Pas d’ici” (Not From Here) and “I Live in Fear,” in which he raps about societal transformation in the face of complex migration.