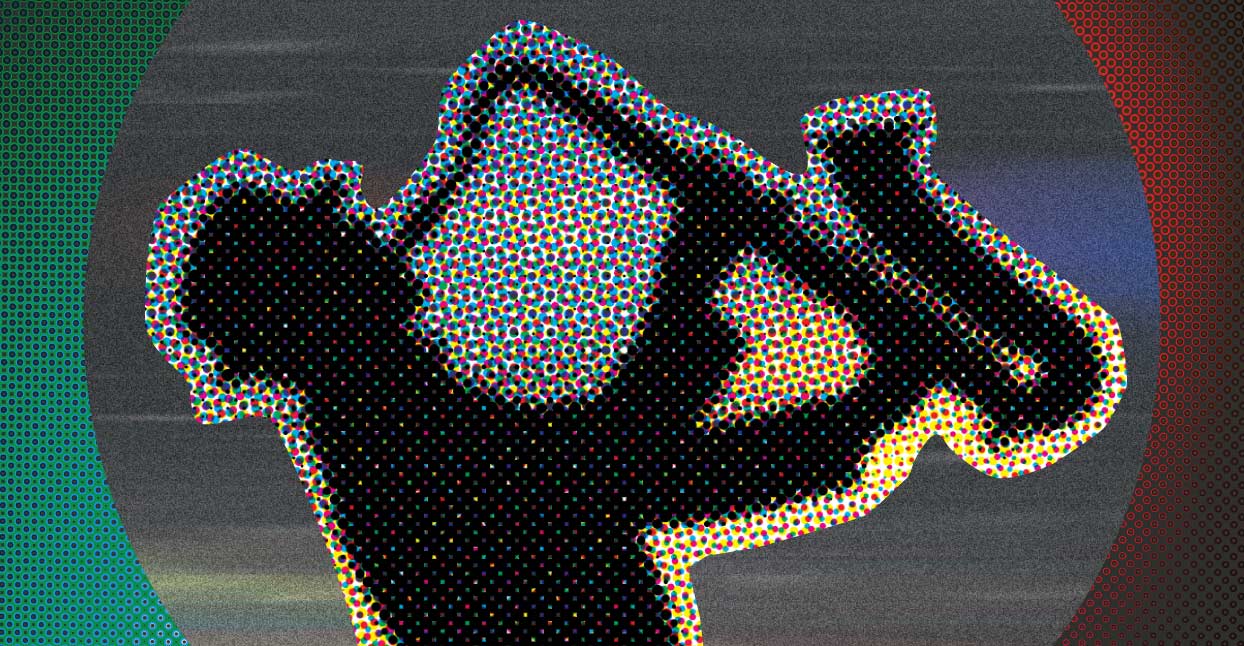 The Italian Peninsula is full of cities and provinces that have contributed to the rich history of Italian jazz over the past century—from Torino, where Enrico Rava performed with Chet Baker and Bobby Jaspar, to Milan, home of famed pianist Giorgio Gaslini. Generations later, DJ Nicola Conte from Bari began blending acid jazz with African and Brazilian bossa nova influences. That history lives on in Italy’s future jazz scene, with musicians who fuse the music to a host of electronic instruments and production methods, mixing it with footwork, gqom, trap, drum ‘n’ bass, reggaeton, dub, and cumbia.

In the spring of 2019, Raffaele Costantino (aka DJ Khalab) and some friends launched Hyperjazz, an Italian record label with its sights set on capturing the “frantic and unrestrained evolution” of modern music. “At this moment in Italy, a strong conscience of our own cultural and musical roots is rising and taking shape,” says Costantino. “At the beginning, we were really few; I’m thinking about Nicola Conte, Tommaso Cappellato and others. When the [future jazz] trend exploded in the UK, the Italian scene was not completely unprepared, thanks to the assets already developed by these people.”

In November, Hyperjazz issued its latest album: Fire and Sea from Machweo, an Apulia-based ensemble with a rotating membership, founded by producer Giorgio Spedicato in 2012. “Part of the Hyperjazz catalog is dedicated to the reinterpretation of the rhythmic tradition of Southern Italy: Go Dugong’s and Machweo’s work are just the first two steps on our path to create a union between jazz and electronics,” says Costantino.

In honor of the rising tide of new Italian sounds, here are five Bandcamp releases that showcase recent highlights from all across Italy.

Tommaso Cappellato is a consistent thread running through much of the new guard of Italian jazz. An active drummer and composer, Cappellato released his fifth solo album, Butterflying, in May. He appears twice more on this list, contributing percussion to Upperground Orchestra’s Euganea and alongside saxophonist Shabaka Hutchings on DJ Khalab’s Black Noise 2084. The compositions on Butterflying follow a loose, beat-tape rubric, unfolding with elegant layers and textures. Cappellato’s looped acoustic strums take center stage on “Humming Beings,” a contemplative broken beat experiment. “No Flies for a Closed Mouth” is a showcase for Cappellato’s discerning ear, as he manipulates a simple downtempo rhythm template by protracting the range of the bass and ornamenting it with reverb-soaked flute and synth. Throughout, Butterflying has the masterful delicacy that’s steadily becoming Cappellato’s signature.

This Venice-based free jazz quartet’s latest is a brilliant session from their Musica Veneta residency in June 2016. Described as a “techno-jazz collective,” the group here reworks selections from the Canzoniere Popolare Veneto, a collection of traditional Venician folk recordings. On the 11-minute opening track, “Kaigo,” the group explores a host of textures, rhythms, and tones, interchanging traditional acoustic instruments with electronic treatments and samples. On “Barene,” the strings of an oud underpin the rhythm of an intensely played alto sax. Euganea is a superlative live recording, showcasing a group of collaborators dedicated to expanding their musical chops.

On Machweo’s Fire and Sea, bandleader Giorgio Spedicato marries ancient music with electronics and live instrumentation. A four-year research project dedicated to exploring “southern Italian rhythms and melodies and North African atmospheres,” Fire and Sea avoids samples in favor of live composition and construction. “Focara,” named after a ceremonial Italian bonfire, is complete with looping choral vocals, echoing layers of saxophone, galloping hand drums, and a fierce four-on-the-floor stomp. On “Kalimbada,” Machweo is joined by Populous as he constructs a playful, shuffling disco track out of thumb pianos and tin whistles. With its melange of traditional music and live instrumentation, Fire and Sea lives at the outer limits of modern dance music

Koralle’s (aka Lorenzo Nada) “In My Room” is a concisely packed, downpitched swing rhythm crackling with layers of texture and brushed snares, while “Night Train” slaps down a glossy R&B deep groove, recalling a smoky D’Angelo instrumental. It’s a thoroughly rewarding record that seems to imagine a whole new genre: bedroom jazz.