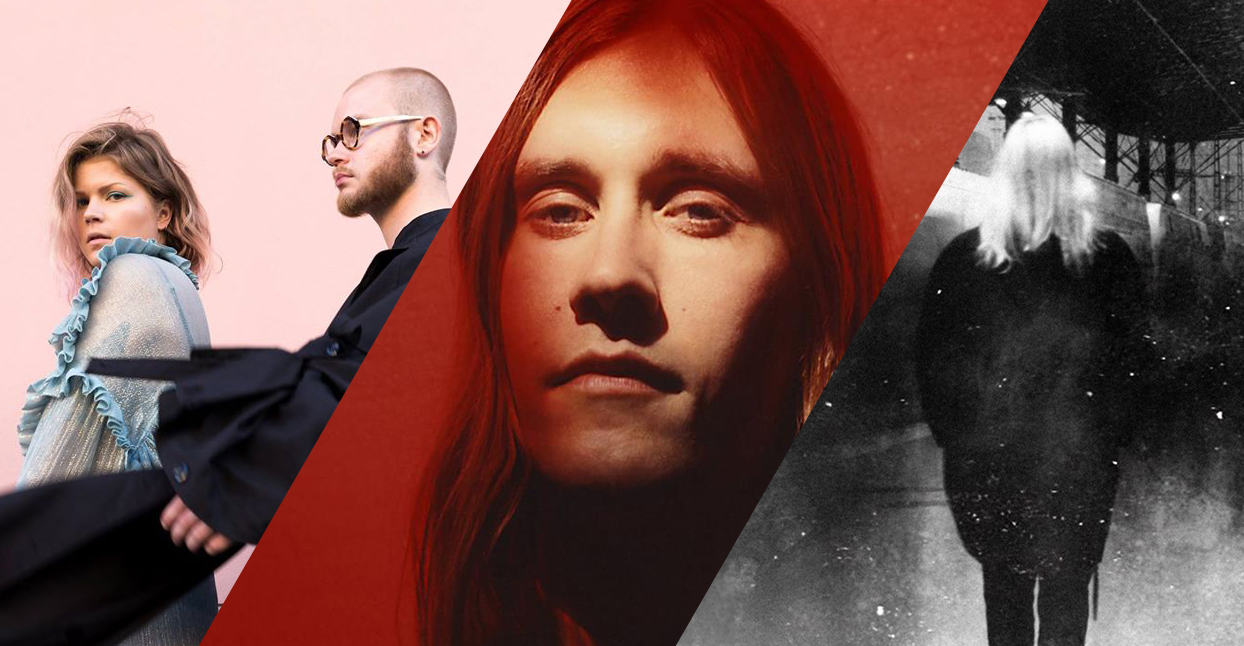 According to a recent Slate infographic, in Finland, there are 54 metal bands per 100,000 residents—so it’s no wonder that bands operating outside of that sphere can be overshadowed. That’s a shame; the nation is also home to a burgeoning electronic music scene, bolstered by the long winters—an extended season that allows for plenty of time to work on music—and the fact that anyone with a laptop and Ableton anyone can translate the beats in their head to real-world sounds.

In every corner of the city’s musical world, dancefloor masters, outside-the-box visionaries, and pop princes and princesses have embraced the flexibility and possibility of electronic music. From Phantom’s odes to life, the universe, and everything, to Jaakko Eino Kalevi’s creation of an enticingly weird world, here are a few of our favorite under-praised heroes of the emerging Finnish electronic scene.

With a candy-colored coo and delicately warped synths, Vivienxo creates a world that feels innocent and sunny. But her lyrics read like a playbook to love in the age of Tinder. (Sample: “Fuck me till I’m not sad anymore.”) To hear the producer tell it, it’s all in the name of bringing realism to the often-escapist electro pop genre. “I’m just trying to stay away from super cliché things,” she explains. “There’s so many pop love songs that I’m listening to where I’m loving the melody, loving the songwriting, loving the way the track was produced, but then I gag because the lyrics make me cringe. It’s usually a repetition of some cultural cliché about the way two people should come together. We have this women’s club at my university. Sometimes I talk to people who come to the club and have them listen to my songs. I love hearing what they have to say about them.”

Kitkaliitto isn’t particularly keen on genre tags. Led by Tommi Toivonen, the electro collective write their songs during jam sessions, layering vocal samples, flutes, guitars, and all manner of kitchen-sink synth. They dip in and out of the worlds of funk, jazz, noise, ambient, and rock. It was an exercise that started not as a way to explore music, but to discover new uses for technology. “When I started playing with weird tracker computer software back in the day, it lead me to discover the world of music,” Toivonen explains. “Back then, I didn’t know what I was doing. Total noise mostly, and really abstract stuff. But when you’re into it and you start doing your craft, you really have to also discover music—the rules, and how it works, and how you compose songs.”

Maybe it’s his gig as host of Deep Space Helsinki—a radio show and label that’s become required listening for Finland’s deep house fans, or maybe it’s just his endlessly curious mind. Either way, techno producer Samuli Kemppi seems permanently set on pairing punchy percussion with droning bass and spacey ambience. To hear him tell it, the possibilities held by ones and zeroes feel almost endless. “The path I’ve taken so far has made me what I am,” he explains. “It’s always a learning process. I have a pretty clear vision of what I want my music to sound like. But I’m not there yet. I never write tracks that will be dance floor hits. It’s a much deeper level of expressing myself. When I’m in the studio exploring new sounds, I can listen to one loop for three hours and tweak it a bit. It’s cool.”

Phantom string their dark observations about life between gnarled beats and frontwoman Hanna Toivonen’s jazz-influenced vocals. (Comparisons to both Florence and the Machine and Adele wouldn’t be wholly out of order.) But to hear Toivonen tell it, the band’s music is more than just an exercise in melancholy for melancholy’s stake. “It’s about drama,” she says of her band’s emotional claustrophobia. “Our songs are about living. They’re about being vulnerable. They’re about letting life happen. When I’ve hit that mark, first it makes me cry. Then it makes me tingly. It has to break me in some way.”

When the Fukushima nuclear power plant burned down, Finnish newspapers released a headline declaring, “The Heart of the Reactor is Melting.” It’s a phrase that Samuel Meri took to heart when naming his new project. Melting Hearts’ delicate pop contains both sentimentality and sadness. There’s a sense of undoing and unease, even when celebrating the highs and lows of love. “Usually, tracks sound the best in my head before they’ve been recorded,” Meri confesses. “Then I’m feeling really happy. I want euphoria. It’s a bit like if you’re in love with someone who doesn’t love you back. You’re happy to be in love, but also sad at the same time.”

Got a thing for the biggest of choruses and all manner of musical superlatives? You need Feels. It might be a bit on-the-nose to name your band after the very point of pop music (ie: to feel all the feelings), but as frontwoman Sofi Meronen notes, their matter-of-fact moniker was the only way to sum up the breadth and depth of the project, in all its darkness and light. “It goes well with the lyrics and the melancholy in the songs,” she says. “It’s a way of getting things out. We have also happy components in the music. It’s not slit-your-wrists stuff.”

A larger-than-life pop maker with a penchant for musical meandering, off-kilter production, and oddball sexuality—that could very well describe Ariel Pink, but it also suits Jaakko Eino Kalevi. Stuffed shivery sensuality (why, hello there, sax riff!) and dime-store synths, Ying Yang Theater is a tribute to following your muse, no matter how far down the rabbit hole it might lead. And that’s just how Kalevi prefers it. “Songs are different things,” he notes. “It can be something that you relate to, or it can be something that you can’t understand at all. And then your imagination goes wild.”

“Is your music autobiographical?”

Welcome to a conversation with Long-Sam (aka Sami Toroi). The Finnish artist’s debut album Elephant is a streamlined affair, his icy pop tracks buttressed by heavy, dance-floor beats. It’s the sound of someone who knows how to manipulate ones and zeroes to their full emotional advantage, creating world that’s both nostalgic and remote. But as Toroi explains it, he took the long path to becoming an electronic producer. “When you start playing heavy metal at 11, you still have to go through puberty and all kinds of things in your life,” he recalls. “Everything expands. I ended up doing demos for myself, but I didn’t know how to play the drums, so I started using drum machines. You end up getting interested in equipment and learning how to produce. I think producers in general tend to be more interested in electronic music.”

In a country known for its metal scene, Helsinki trio Redder won’t win any awards for loudest Finnish band. But with their beguiling blend of pianos, beats, spoken word, and synths, their music is a master class in letting silence tell the story. “At one point we ditched the laptop entirely,” the band explains of their warped minimalism. “Now we’re using it as atmosphere. It affects the music, but doesn’t set a grid for the songs. It’s an addition to the organic elements…we like mixing instruments. Everyone has to find a way to bring out what they’re trying to say. We’ve found this balance to be good for what we want to accomplish.”

Obi Blanche’s ambient tracks are hypnotic and fuzzy—with the occasional heavy bass line thrown in to keep things interesting. “There’s this transcendent, hypnotic groove and sound to it,” he explains of his work. “It all comes together in a loop, and once it’s there, you can listen to that loop endlessly. Even if nothing is really changing and the loop is kind of stagnated, there’s no human error, it still creates a life of its own. Sort of magic. There’s something there, even though you know there’s nothing more than what you’ve just created.”