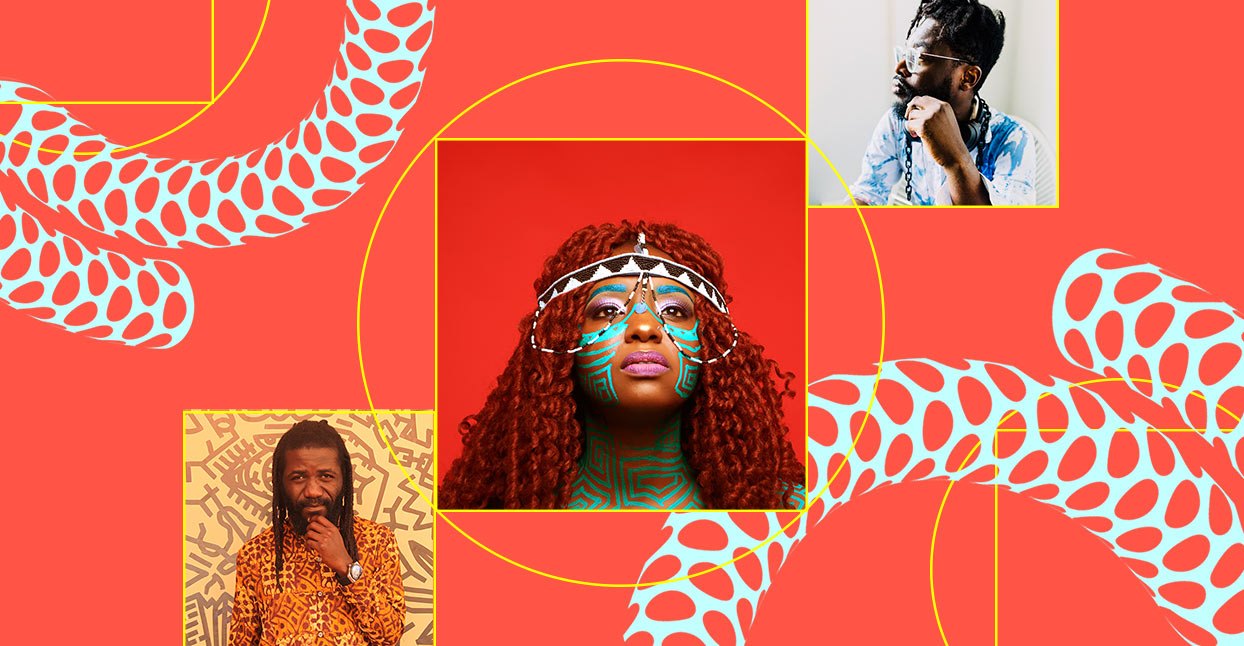 In the late 1940s, Nairobi, Kenya was the music mecca of East Africa. It was born from the sparks that flew from its native people fighting back against British rule, culminating in the Mau Mau Rebellion of 1952. As the country got closer to sovereignty, the music got louder and more abundant. Artists like Fundi Konde, Daniel Katuga, George Mukabi, and Paul Mazera Mwachupa recorded for major record labels like His Master’s Voice (HMV) and Capital Music Stores (CMS). Dozens of small independent record labels cropped up across the city and musicians from central and east Africa traveled to Nairobi’s new recording studios in the hopes of recording a hit single. On December 12, 1963, Kenya declared its independence and by 1965, it was estimated that at least 1,000 new recordings were published monthly. Then came the crash: By the late ‘70s, loud sound systems and DJs had begun replacing live bands. Hip-hop took over. Cassette tapes became the popular format, making it easier to duplicate albums. Bootleggers began slinging pirated records, and the music industry couldn’t compete. By the early ‘80s, international record labels like CBS Records, EMI, and Polygram left the continent. And while rap acts like Kalamashaka (aka K-Shaka) and Ukoo Flani Mau Mau attracted sizable fanbases, the rest of the industry struggled.

It remained that way for some time. But in recent years, the country has been home to a steadily growing electronic music scene, led by a few ambitious, forward-thinking young artists—even if audiences have been slow to embrace it. When the group Just A Band formed in 2003, there weren’t a lot of people in Kenya making electronic music. “You were either making religious or patriotic music,” says founding member Blinky Bill. Artists who attempted anything else were “looked down on.

As Kenyan producer and DJ Slikback tells it, not much has changed. “Music and art really isn’t respected here [in Kenya],” he says. In the two short years he’s been making music, Slikback’s ominous, trap-like arrangements have been met with international success: Last year, after performing at Uganda’s MTN Nyege Nyege festival, Slikback was invited to play at Poland’s Unsound, Berlin’s CTM, Spain’s Sónar, and a string of shows in China. But when he returned after the tour to play a gig in his hometown of Nairobi, the difference between the audiences was painfully obvious. “[The reception was] very weird, because people weren’t open,” he says. For Slikback, Kenya’s club scene is not about music, it’s about lifestyle: Dancehall and western pop music is just a backdrop for flirting.

Fortunately, there are more welcoming audiences elsewhere in East Africa. “In Kampala, Uganda, there will always be people who will come and listen,” says Slikback. So while Kenya’s abundant talent still want a hometown fan base, a festival hosted by Ugandan electronic label Nyege Nyege Tapes (this year being held in the Ugandan town of Njeru), as well as the warehouse party The Rapture on Lunkulu Island, have “kicked up a storm,” says DJ Rachael, the pioneering Uganda DJ and producer who hosts The Rapture. She says that underground parties like hers give artists a “platform to perform,” and have inspired music workshops like Rachael’s Femme Electronic and Midi Minds Kenya.

In the new wave of East African electronic music, indigenous rhythms, 808 drums, synthesizers, traditional African instruments, and field recordings combine to create auditory paths to liberation. And while the music may vary widely, all of it springs from a similar spirit of defiance. “Because we [East African artists] are not truly accepted, we end up creating something that is very abstract and very different from what’s expected,” says Slikback.

The following is a list of eight East African electronic music artists who are rediscovering their musical heritage, and adding to it with each new release.

The music of the Kenyan DJ and producer Slikback lives in a space where electronic and indigenous music have a symbiotic relationship. His songs are a thrilling combination of house, rap, gqom, trap, and industrial. The noisy “Rage” sets convulsing drums against a clanging metallic soundscape, and the staticky sound that occupies the background of the song is built from densely layered field recordings Slikback made while in Poland. “The texture that goes through the whole track is just me walking through a forest,” he says.

Just A Band frontman Blinky Bill combines electronica, funk, hip-hop, and jazz with another, more specific special ingredient. “I love to sample old African sounds,” he says. On “CC God,” warm organs, soulful trumpets, and gospel voices float over a grainy snare and a thumping kick. Bill’s compositions feel earnest and hopeful—the sound of the past intertwining with the present moment.

East Africa’s “Bauss Lady,” Muthoni the Drummer Queen is a rapper, singer, and entrepreneur (she founded the Blankets & Wine Festival in Nairobi). Her revolutionary anthems are full of marching percussion, offset by twinkling piano, xylophone, and guitar melodies. Her voice swings from clipped, nimble rapping to soaring, soulful singing, contrasting with the rigid rhythms like complementary colors in a painting. Hip-hop, dancehall, R&B, and soul all combine in her songs, but it’s the deft way she waves them together that makes her music so thrilling.

Nu Fvnk, Jinku, Ukweli, Hiribae, and Sichangi—collectively known as East African Wave—make music that mixes everything from trap and Afrobeat to R&B and house. In Kenya’s nightclubs, where dancehall and western pop music is the primary soundtrack, EA Wave have broken through and attracted a strong local following, proving it’s possible to flourish on your own terms. “In order for there to be a scene or a culture, there needs to be a lot of people doing different things,” Jinku says. With their dizzying blend of dance-music synths and winding East African melodies, EA Wave are doing exactly that.

KMRU’s ambient audio sculptures experiment with the way time and space can give shape to sound. He meticulously arranges field recordings to convey a felt experience—the kind that can’t be conveyed through language. His initial foray into music was entirely self-directed—tinkering with music software, synthesizers, and field sounds in his home. “I just started making music and staying in my room because in Nairobi I never used to go out,” says KMRU. After he attended the music workshop Femme Electronic, KMRU learned to DJ, moving him further along on his musical journey. His songs are gentle and pulsing, halfway between ambient and chillout music.

DJ Rachael has been actively performing around the world since the mid ‘90s. She was inspired to DJ as a child, after seeing DJ Spinderella of Salt-N-Pepa on the 1s and 2s. Now, she’s the most iconic DJ in Uganda. With a breadth of knowledge that spans golden era hip-hop, experimental electronic music, and classic Ugandan sounds, her style is far-reaching. In “Kirooto,” skittering traditional rhythms scramble beneath woozy, chanted melodies. She’s also the founder of Femme Electronic, a music workshop that supports up-and-coming female DJs and producers.

Sleeping Buddha—who, unlike the other artists in this list, is from Durban, South Africa—is out to reinvent gqom. On his album Hakuna Kulala, drums snap, click, and swing, opening up otherworldly dimensions. On “Goro,” a chorus of strange chanting swirls around frenetic percussion. A girl’s voice calls from a distance. The mood is enveloping. “You can only see things through the living, but there’s a whole other world among us,” he says. “I always used to imagine that if aliens were listening to music, it’d be this.”

“I used to have a voice in my head whispering ‘from the cave to the world,’” says Don Zilla, a Ugandan producer. His menacing song “From The Cave To The World,” inspired by that phrase, clatters like a skeleton: the percussion is swift and brittle, and all of the empty space is occupied by a low, groaning bass tone. As Zilla tells it, both “From The Cave” and “Inside Me” were the result of his grief over losing a loved one. “I believe that everyone has a cave. It could be any problem of life,” he says. He or she “must fight to get out.”