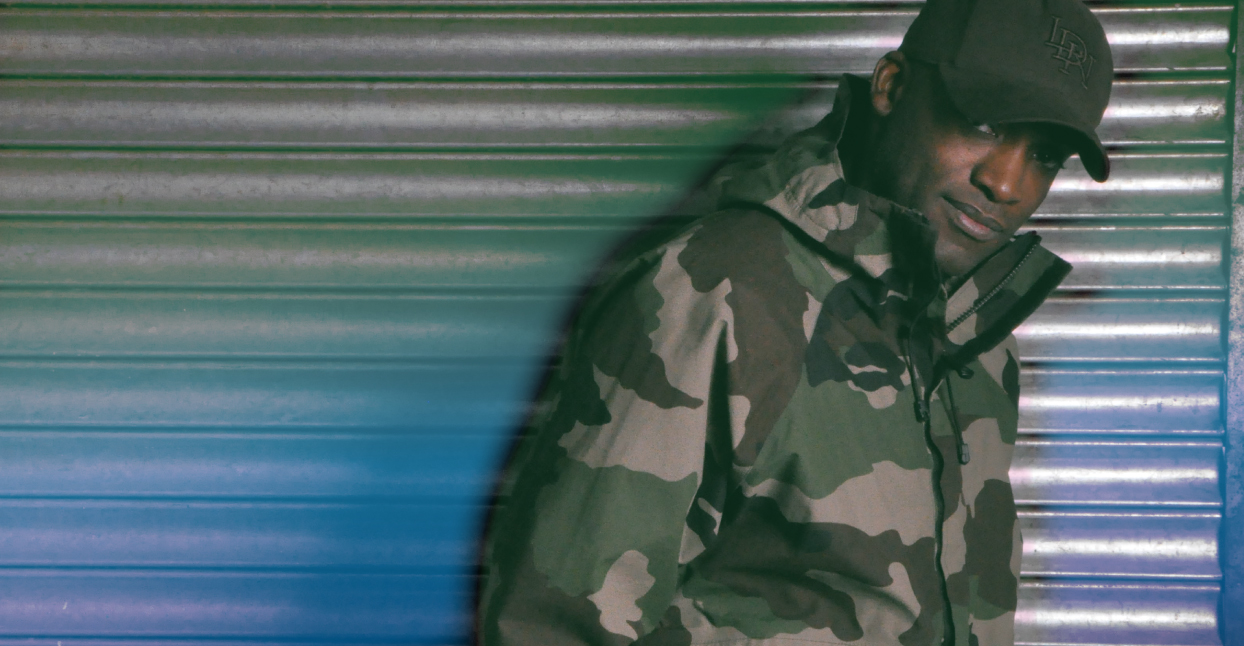 Over the course of the last couple of years, U.K. rappers Skepta, Stormzy, and Giggs have become household names around the globe. Their recent rise is often linked to the work of artists like Dizzee Rascal, Wiley, and Kano, who hipped the world to the sound of grime in the early 2000s. But the roots of U.K. hip-hop run deeper than those cocky kids from East London, rapping over beats while clutching Nokia 3310 mobile phones.

Back in the ‘90s, a wave of MCs shared stories of their own British upbringing and experiences through rhyme. Those plugged into the scene at the time will remember groups like Hijack, the “terrorist group” who stormed out of Brixton and signed to Ice-T’s Rhyme Syndicate label, only to find their gargantuan Horns Of Jericho album plagued by industry issues. Acts like the ragga-influenced Demon Boyz and the self-styled English country gent MC Duke also kept the movement buzzing through the early ’90s, before Roots Manuva’s Brand New Second Hand announced a maverick-in-the-making in 1999.

The rich vault of ‘90s U.K. hip-hop led to key artists receiving opportunities with the Native Tongues collective in the States, while U.K. producers’ innovative use of breaks would on occasion pre-date American MCs spitting over the same loops. In salute to those ‘90s U.K. trailblazers, here’s a chronological list of MCs who brought style and shenanigans to hip-hop at large.

Released in 1990, London Posse’s Gangster Chronicles found cocksure rappers Rodney P and Bionic decoding “Big Smoke” life—so imagine an insider’s guide to the capital that plays up youthful misdeeds and focusses on the shadier parts of the city’s streets. The beats bear the clear influence of reggae, and the lyrics are peppered with London slang—as when the hosts lust after Burberry and Aquascutum brand jackets. Songs like “Live Like The Other Half Do” nod to divisions in British society: After robbing a bank in a “fake beard and ‘tache,” Bionic muses, “You wanna rip us off with the poll tax / No blacks should have to pay that … The whole world’s being ruled by criminals.” Key track “Money Mad” is an upbeat rap anthem that starts any party, no matter where in the world it’s being played, while the furious “How’s Life In London” is an essential guide to the real city.

Split into two sides—one for the “Mentally Stable” and the other for the “Physically Stable”—South London wordsmith M.C. Mell‘o”s Thoughts Released is a potent blend of socially-conscious lyrics, melodic soul, and funk breaks. The stripped-down “Our Time” introduces Mell‘o”s fluid flow, and “A Total Eclipse Of The Art” harnesses the same hypnotic James Brown loop that Das EFX rode to success two years later with “They Want EFX.” Elsewhere, “Acknowledge Yourself” is a soulful slice of motivational hip-hop that nods to the era’s Afrocentric movement. According to rap lore, once Thoughts Released dropped, Mell‘o’ traveled to New York City to start working on a follow-up with members of the extended Native Tongues family. Those tracks appear destined to a life in a dusty vault.

A trio from up north in Manchester, the Ruthless Rap Assassins prided themselves on recording politically-infused rhymes. Nestled on Killer Album, the group’s 1990 debut, “Justice (Just Us)” is anchored by producer (and one-time Haçienda resident DJ) Greg Wilson’s moody, bass-swamped beat. Over this, MC Kermit laments the structure of the world around him: “The rich are getting younger / The poor are getting old / God forbid that I should live until I die from the cold.” After disappointing sales of a second album in 1991 (Th!nk, It Ain’t Illegal Yet), the Ruthless Rap Assassins disbanded—although Kermit would go on to score a moment in the mainstream with former Happy Mondays mainstay Shaun Ryder’s Britpop outfit Black Grape.

Funky DL, Classic Was The Day (The Black Instrumentals)

Emerging during the mid ’90s, the London-raised Funky DL caught some flack on the local scene for rhyming in an American accent. His key release, 1997’s Classic Was The Day, was based around thick snippets of jazz, layered over proudly boom-bap drum patterns, mirroring the production of New York City beat-makers like Pete Rock, Large Professor, and the D.I.T.C. collective. A re-cut instrumental take of the project does away with the rhymes and allows DL’s talent behind the boards to shine, with tracks like the static-encrusted, piano-based “20-20-8-8,” and the introspective and melancholy “Worldwide,” fitting seamlessly onto any throwback ’90s East Coast beat tape.

Mark B & Blade, Hitmen For Hire

Blade is a British rap treasure. A fixture on the scene since the late ’80s, the MC has always been about self-sufficiency and embracing the independent grind: Early releases on his 691 Influential label were sold strictly by mail order, and often stamped with the disclaimer, “This record will not be available in the shops ever!!!” 1998’s Hitmen For Hire EP, with producer Mark B, was a defiant middle finger to the traditional record industry, with Blade’s lyrics combining one-upmanship with self-determination. “I’m down to Earth and I remain so / I could do with the money but it’s mainly for the show,” he spits on the spacey opener “Intense Preparations.” The track also features a guest verse from the Star Wars-infatuated Lewis Parker, a producer and rapper whose own Masquerades & Silhouettes debut would release the same year via Massive Attack’s Melankolic label, and remains a U.K. hip-hop collection piece.

More U.K. rap goodness helmed by Mark B, whose K’Boro label helped push the talents of London’s M.U.D. Family to the rest of the British Isles. An oversized crew—centered around the talents of controversial live-wire Skinnyman, along with Mongo and brothers Chester P Hackenbush and Farma G (who also form as the Taskforce duo)—the EP is four tracks of fierce London lyrical dispatches dropped over crate-digger Mark B’s eerie and funky productions. Head to the brooding “Rich ‘N’ Switch” for a cautionary vignette about the underbelly of “Big Smoke” life.

A fertile U.K. hip-hop resurgence took place towards the end of the ‘90s—and this fiery release masterminded by Mad Doctor X paired pioneers with new bloods. Released on the indie label Son, the rowdy project includes members of The Brotherhood (a crew whose 1996 Elementalz album dropped on Virgin) and ragga man Tenor Fly. But the crown jewels are taken by original south London trooper Blak Twang, who rallies the foot soldiers—“Inner city youth, that’s my back-up!”—while asserting himself as one of U.K. rap’s strongest voices ever. (See also: Blak Twang‘s “19 Long Time” from 2008’s Speaking From Experience, which recaps his industry ups and downs, including the fate of his fabled 1996 Dettwork Southeast album.)

Back in the early ’90s, the Katch 22 collective emerged as something like the U.K.’s answer to The Roots: Lead MC Huntkillbury Finn (later stylized to HKB Finn) spit smart and worldly lyrics over beats built from live recreations of jazz and funk. (The albums Diary Of A Blackman Living In The Land Of The Lost and Dark Tales From Two Cities remain cornerstones of the influential Kold Sweat label.) Reemerging after a “four-year sabbatical,” this 1999 EP underscored Finn’s savvy world view and creative concepts. The project’s capped by “Liar Liar,” which calls in the lyrical talents of Taskforce and Gunshot, while Finn himself fantasizes about teaching famed breakdancer Crazy Legs how to dance, showing Lemmy how to play the guitar, and (as a sign of the times) getting stalked by Cerys Matthews from Catatonia.

DJ Vadim, U.S.S.R.—Life From The Other Side

Born in Russia but raised in the U.K., DJ Vadim forged his reputation during the ‘90s with a series of eerie and stripped-down productions that were spiked with off-beat vocal samples and savagely sharp scratches. 1999’s U.S.S.R.—Life From The Other Side also showcased how the grassroots British scene made connections with fellow independent artists over in the United States: Guest features include homegrown stalwarts Skinnyman and Blade lyrically lighting up “Life From The Itchy Side” and “From Russia With Love” respectively; U.K. turntablists First Rate, Mr. Thing, and Prime Cuts scratching up a storm (especially on “How To Exercise The Turntable Record Player”); and Dilated Peoples’ Iriscience and Company Flow’s El-P bringing verbal gravitas to the deep funk of “Friction” and the warped science of “Viagra.”