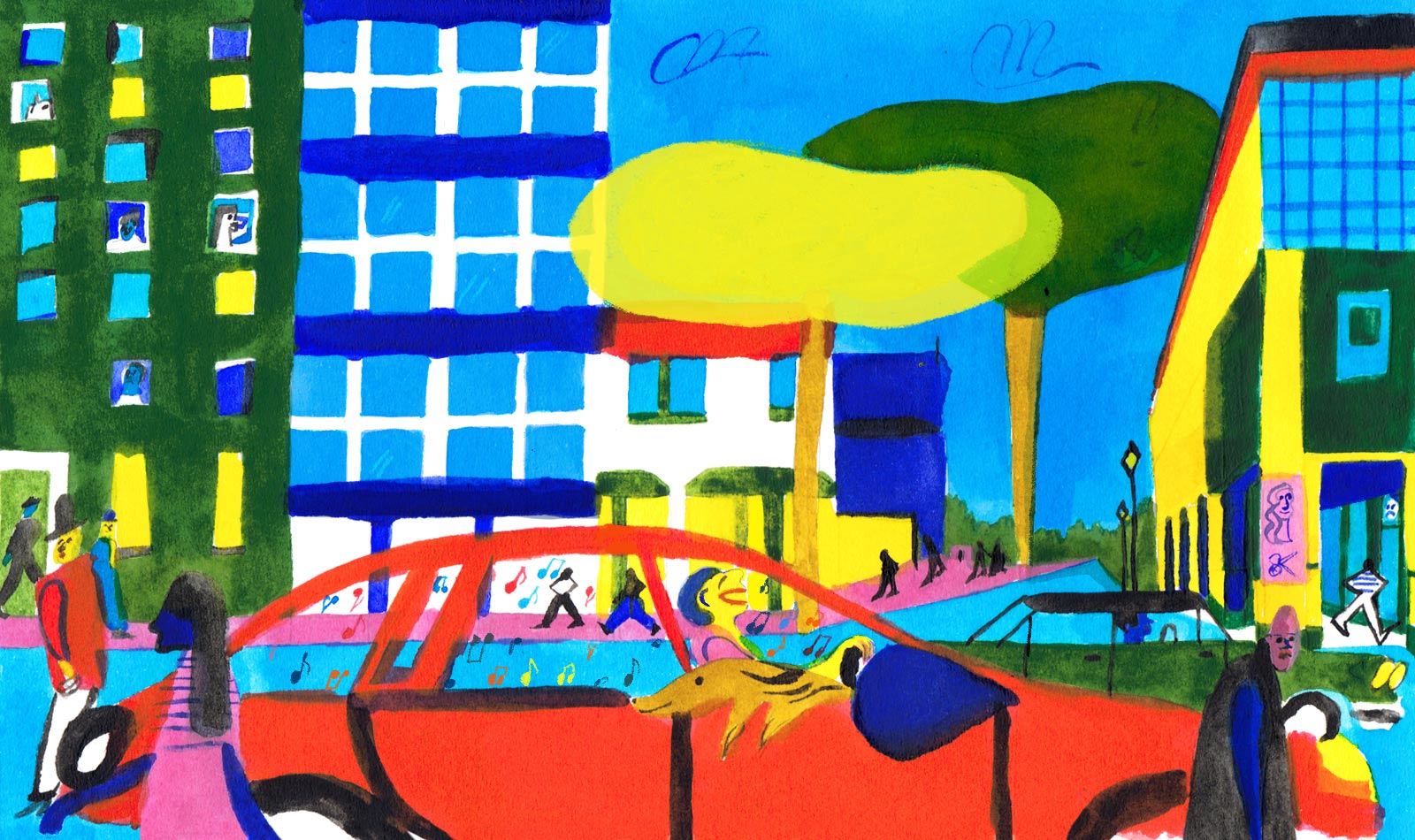 In March 2020, the pandemic shut down Major League Baseball’s spring training and delayed the season, which left me—a fantasy baseball writer and podcaster—with almost no work.

I spent a lot of my newly gained free time streaming music videos. I became fascinated with a video of long-running Portland duo Quasi performing at KEXP’s studios in Seattle back in 2012. Given their lack of airplay on commercial radio, Quasi is not a band I would have likely come across prior to the pandemic, but curiosity is what ultimately led me to them. Nearly four decades of R.E.M. fandom and an upcoming interview with Scott McCaughey on my baseball podcast led to a Filthy Friends binge (as much as one can binge a catalog of two albums). That, in turn, morphed into a Sleater-Kinney spree, which eventually brought me to Quasi. I was already becoming a fan of Janet Weiss’s drumming, which was such an integral part of Sleater-Kinney’s sound. It was fun to see Janet’s playing and singing get an even bigger spotlight as a part of Quasi.

The KEXP video featured the two-person version of Quasi that has appeared on all but one of their albums, and “Seal The Deal” was the second song in their brief set. Each time I watch them perform the song’s two-and-a-half-minute instrumental intro, I revel in the way Janet and Sam Coomes playfully stop and start, Janet punctuating her speedy fills with powerful cymbal crashes and Sam bouncing his Roxichord with his knees. Then, as they slow down for the transition into the song’s first verse, they both grin and Sam lets out a cathartic “Ahhhh! Whoa!” and I can feel the joy fill the studio.

While “Seal The Deal” is still relatively new to me, it isn’t a new song, having appeared on Quasi’s 2001 album The Sword of God. Two years before its release, I made a decision that seemed easy at the time, but still messes with me. My job was at Towson University in suburban Baltimore, and my wife Mary Beth—also a political science professor—was at Florida International University in Miami. The loneliness of the commuter marriage was devastating, and I had been unable to land a full-time academic job in South Florida. I knew that anything would be better than another year of us only seeing each other every other weekend, so I quit my tenure-track job as a political science professor, just a mere five years after getting my Ph.D.

I had been so miserable that I doubted I would miss my academic career once I left it. It turned out I was right about that, but I did miss the feeling of being a knowledgeable authority in the area of study that my career provided. More accurately, I missed the feeling of thinking that people would see me as an authority. Throughout my life, I repeatedly received and believed the message that achievement would be the only way for me to be seen as an authority. In the two decades since leaving Towson, I have flailed around, trying to find some way to feel that way again. I even went back to academia for a couple of years just to try to recapture the feeling. Several jobs later, I settled into a sports media career where I dispense fantasy baseball advice on websites and podcasts.

But even having a job where I gave people advice in the role of “expert” didn’t make me feel more like an authority. It wouldn’t be until 19 years after leaving Towson, 10 years after becoming a full-time fantasy sports analyst, and four years after a life reboot that took Mary Beth and me to Bozeman, Montana that I would start to understand why.

Throughout the early part of the pandemic, Quasi, and particularly The Sword of God, became a frequent companion as I drove around Bozeman running errands. As much as I was engrossed in the album, I was similarly preoccupied with finding a way to think of myself as something other than an authority and an achiever, equally consumed with listening to Quasi and listening to my internal dialogue about how I’d been a failure. Much of the time I normally spent on writing and researching fantasy baseball advice columns was now spent thinking about why I got so little satisfaction from work, and why I didn’t feel accomplished. When I thought about the colleagues I respected the most, I saw people who loved their work more than they loved the idea of being great at their work.

On one of these drives, heading to the dog park on a sunny fall day, I was belting out “Seal the Deal.” Usually when I sing along, I am only marginally aware of the lyrics, as I let the melody take me away. This time, something clicked as soon as the words came out of my mouth.

I instantly understood that Sam was giving me another way to look at myself. The line about fakery felt so true and relatable that it made me want to embrace Sam’s claim that “you don’t need to understand it to make it,” even though I have resisted that idea for as long as I can remember. I’d been walking around, pretending to know things I didn’t know and have callings I didn’t have and, sure enough, it wasn’t working. This was the first time I truly understood that the feeling of being an authority wasn’t what I actually needed.

The final line of the first verse hit me the hardest.

You don’t have to be a pro to play

I began to imagine the freedom that would come with making peace with myself, even when I didn’t know what I was doing. I could be someone who plays, who explores, who does things for the fun of it and not to prove something to someone. This would be a hard idea for me to get used to after decades of defining myself by how good of a pro I was. I’m still getting used to it, but I want to make the shift badly enough that I have adopted this line as a mantra to help me get there more consistently.

The guidance that Sam offered in the second and final verse was even easier for me to connect with.

I was all too familiar with the feeling of being confused. During the initial months of the pandemic, I was confused about who I was if I wasn’t working on my next achievement. I was confused by my realization that I had never been as much of an achiever as I thought I was. Even in my pre-pandemic life, I was frequently confused, even if I wasn’t aware of it at the time. Whenever I had found something confusing in work situations, I would often pretend I wasn’t confused rather than ask for help.

Quasi was outlining a deal I could strike with myself that would allow me to respond to confusion in a better way by giving myself permission to be confused. The payoff would be a chance to replace pride and pretending with joy and real growth. That seemed like a better deal than the one that required me to be ashamed of my ignorance and confusion and to cover it up.

Even with the example that Quasi has given me, I have had limited success in putting their message into practice. I catch myself pretending to know something I don’t know pretty much every day. At least now I am usually aware when I’m doing it, and I’m not so hard on myself about either the pretending or the not knowing. Approaching the activities of my daily life playfully is very much a work in progress, and one in the early stages at that. Whenever the deal that Quasi spells out in the lyrics to “Seal the Deal” doesn’t feel compelling, I can always fall back on the example they set in their KEXP performance. While Janet and Sam are pros of the highest order, what keeps me coming back to that video is the fun they’re having.

Most of the time, I’m still not sure who I am if I’m not an achiever, but I’m willing to give myself as much time as I need to figure it out. It’s long past time.

Al Melchior is a writer, podcaster, and former political science professor based in Western Massachusetts. He is the creator and host of the You, Me and An Album podcast, and he is a freelance columnist and podcast host/producer for The Athletic. He’s on Twitter at @almelchiorBB.
NOW PLAYING PAUSED
by
.
Bandcamp