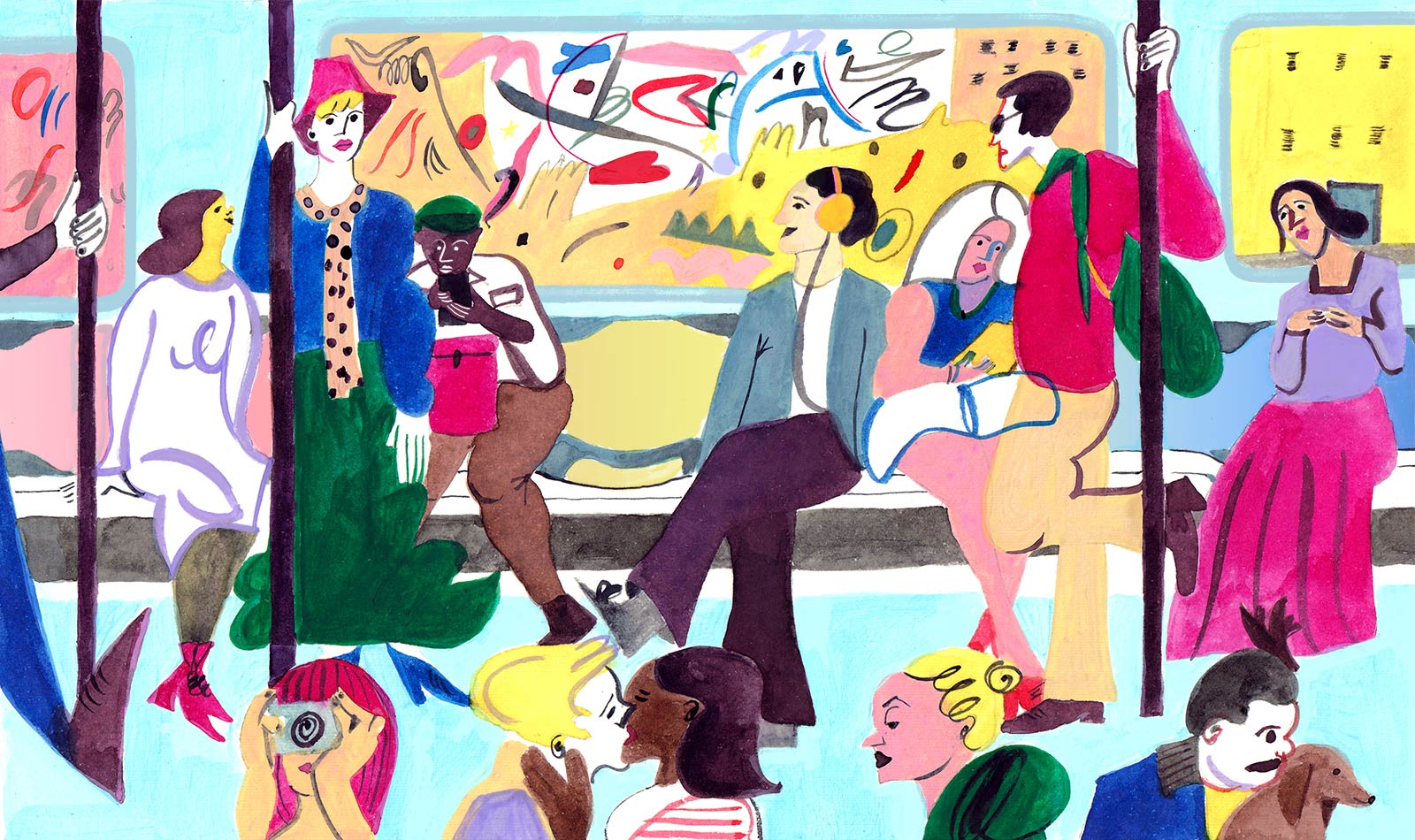 It’s hard to think of another instrument that fell so far from grace in the 20th century than the tenor saxophone. It went from being the instrument of John Coltrane and Dexter Gordon—and a mandatory piece of any self-respecting early rock ‘n’ roll outfit—to being a bit on 30 Rock. But it’s the first instrument I learned how to play and so, in the words of a greased-up Tim Cappello in Lost Boys, I still believe.

I’d started playing saxophone in the elementary school band, but I picked up the bass guitar when I was 15 and quickly became the sort of musician with strong thoughts on each lineup of Chick Corea’s Return to Forever. I was a Serious Bass Player who minored in jazz at college, practiced a lot, and at one point owned a German-made fretless bass. I also took piano lessons on and off for a few years and by 2017, I was leading my own garage rock band in which I sang and played guitar.

Then came my bike accident. In March 2017, I wiped out on the Pulaski Bridge connecting Queens and Brooklyn and cut a tendon in my left ring finger. Initially, I thought the injury was minor. Later that month, I left the NYU Langone Orthopedics center in tears after finding out I was going to need surgery, thinking that I would never play music again. Even with the surgeon’s pledge of a recovery and a few friends who related hand-trauma stories that ended well, I thought that my life in music—which I’d spent nearly two decades organizing most of my waking thoughts and free time around—had skidded out in the same pile of gravel and broken glass that ruined my hand.

But the surgery was a success and I was reassured that, by easing off my hand for a while and then applying myself to a physical therapy routine, I’d be able to play again. However, first I had to take a few months to heal, during which everything I depended on to keep myself sane and functional—biking, playing music, exercising—was suddenly unavailable to me. So I drank. I pitied myself. I spent a lot of time reading and watching movies: “passive” pursuits that did nothing to alleviate this sudden surfeit of undirected energy. Self-pity curdled into fury. My anxiety skyrocketed, leaving a tightness in my chest that made it impossible to feel like I could draw a full breath.

For the first time in my life, I also stopped listening to music completely. Anything that featured “my” instruments of bass, guitar, keys—which is, you know, a lot of music—caused me to spiral. Unable to deal with silence or office noise either, I retreated into noise, ambient, and drone music, and at some point, Blade of Love by Battle Trance.

I’m not sure where I first heard of the avant-garde tenor sax quartet; I’m fairly certain it was Bandcamp. It was their first record, Palace of Wind, that introduced me to them, but I came across their second, Blade of Love, not long after. Both are truly stunning feats of not just creativity, but sheer musical athleticism. The band’s leader Travis LaPlante conceived of the quartet with members Matthew Nelson, Jeremy Viner, and Patrick Breiner specifically in mind, and after composing music dependent on the tenor’s roster of extended techniques—among them so-called “false fingerings” and circular breathing—taught them the 40-minute-plus suites by ear. Palace of Wind’s liner notes liken the hours of learning and rehearsal to martial arts training, which, listening to the four men pour themselves into their horns, doesn’t feel like a stretch.

Probably the easiest point of comparison to Battle Trance is Colin Stetson, whose work similarly imparts a burly, visceral mien to the saxophone. But Stetson’s compositions are, by and large, poppy—if you can describe a man strapping a contact mic to his throat to play and sing through a saxophone the size of his own body as “poppy.” But they’re catchy, they have hooks and concise structures. Battle Trance’s work is more akin to Lightning Bolt or Hella or Pharaoh Sanders and Albert Ayler jamming on early Philip Glass: The compositions seethe, breathe, and repeat, taking the scenic route to strident, ecstatic peaks.

Coincidentally, Blade of Love was exactly the length of my commute to work at the time. For weeks, I put it on when I left the house and listened to it on the subway, while doing my physical therapy and stewing. Blade of Love, literally breathed to life by men who had to condition themselves to perform it, became an unlikely anthem for me; something to score my own journey back to music, back to a functional left hand, back to myself.

There’s a moment relatively early in Blade of Love that I glommed on to as the soundtrack of my recovery. It’s in the first movement in the piece, after an introductory salvo of largely discordant, overlapping notes. By 3:30, all four men are singing quietly through their horns, a choir whose voice sits uncannily between the human voice and the tenor’s. At 4:47, a single line enters, and the others gradually join it, creating an overlapping tangle all dancing around variations on the initial figure. At 6:50, the tonality shifts under the “lead” tenor in the right channel, who starts playing keening variations on a simple melody. Eventually, all four men have joined him, the cumulative effect less grad school than Holy Roller.

Again, the point of comparison I reach for is Ayler, who wrote similarly repetitive riffs for his band as launching pads for his own delirious solos. It feels odd to repeatedly compare these four white dudes from the Northeast performing very “arty” through-composed pieces to Ayler or Sanders, Black men who came up playing R&B in the segregated South. But the unifying thread among them is the same reach for something bigger, the same desire to get free of these imperfect bodies, these instruments that don’t do what we want. Battle Trance puts it right there in their name: Life is often a struggle, and hypnotizing ourselves with music, thought, or breath is one way to make it through—or at least make it hurt less.

Like everything, music is touched by death, by impermanence; not for nothing do we speak of notes “decaying.” Horn players literally breathe life into their instrument to create sound: They stop and it reverts back to an inert hunk of metal. And, as cowards in the face of awful, awful death, humans have devised all kinds of ways around this: Keyboards that never stop playing a note until you lift your finger, gear that unnaturally extends the sustain of a note, locked grooves that keep the record playing forever.

I did eventually heal up and get back to playing music. This isn’t a sob story, but it’s not a completely happy ending, either. Because of some quirks of the human hand’s design and the damage I did to mine, there are things I’m no longer physically able to do. Certain hand movements—one very common chord shape on guitar, in particular—aren’t available to me anymore. They were just there one day and then they weren’t, as an unfixable aspect of physiology. So despite all this talk of pushing past limitations, my injury taught me as much, if not more, about accepting them. I had a time with a fully functional left hand and now that’s past. I can’t force it to come back. But it’s all a part of my present—of all that I have at this moment—and so I have no choice but to live with it; to celebrate it, even, because it’s mine.

But I can always put on Blade of Love to hear the sound of people pushing past what should, by all rights, be impossible. I can hear the struggle—and the sound of transcending that struggle. But the moment still passes, the notes still end. I take a deep breath, and then I let it go.