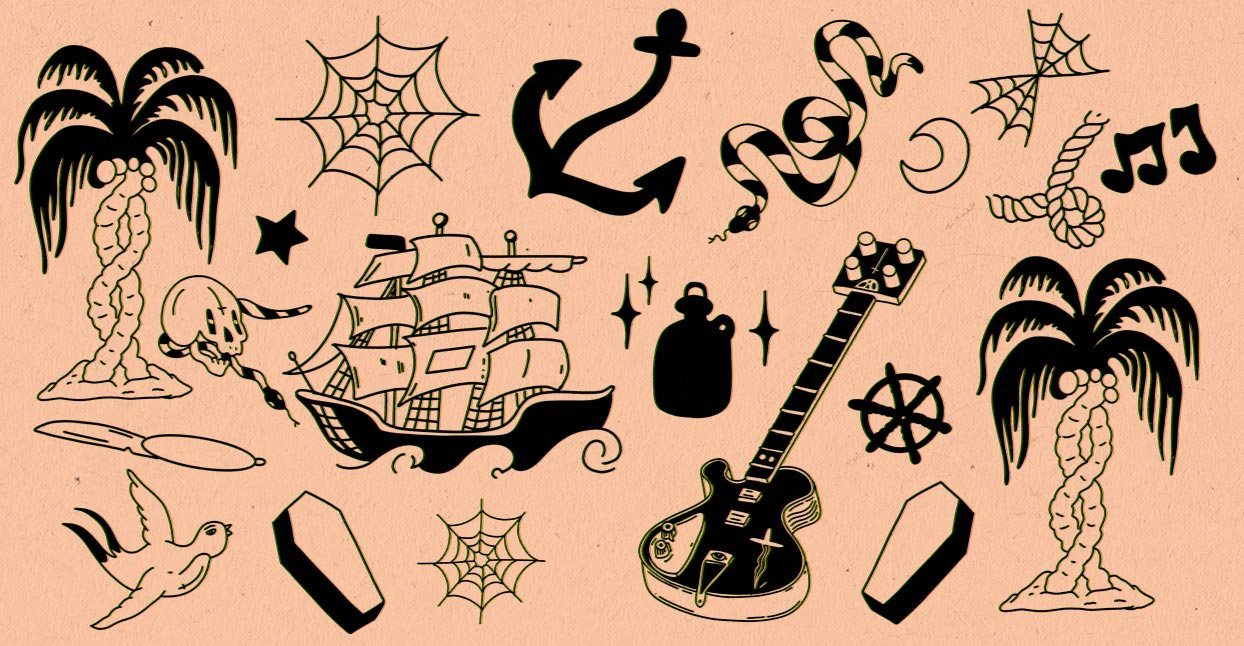 Heavy metal is the law, and revering outlaws is part of the law. Bikers, thought criminals, heretics, blasphemers, killers all have a space in metal lore. So, why not pirates?

Metal’s pirate fascination began with Running Wild’s 1987 album Under Jolly Roger. While the high seas have been their guiding light for three decades, Running Wild used these themes mostly as a way to differentiate themselves from every other speed metal band coming out of Germany. It wasn’t until the mid-2000s that pirate metal became a subgenre unto itself, with disparate groups of mercenaries taking tin whistles and sea shanty-inspired melodies, smashing them together with thrash riffs, and of course, raided their local costume shops. Along with the proliferation of those bands, there’s also a handful of groups that run with the classic Running Wild mold. These are some choppy waters we’re looking at here, heshers drunk on rum, shooting off cannonballs at will from dusk ’til dawn.

Taking all of the above into consideration, you may find yourself asking: is any of it good? Granted, a lot of pirate metal is a commitment to aesthetic over songcraft; after all, the subgenre wouldn’t exist without the theme. But surrender your expectations, and you’ll find that even the saltiest of sea dogs carry their own ramshackled majesty. Here are some bands to get you started.

Scottish ne’er’do’wells Alestorm have only a limited selection on Bandcamp, but given their  status as pirate metal pioneers, it would be criminal to leave them out. They may be pirate metal’s crewe originale, having formed a year before Swashbuckle, under the name Battleheart. Christopher Bowes—basically the Andrew W.K. of pirate metal—has helmed the ship from their maiden voyage, his keytar stabbing scimitar-like into the melee with huge, Euro-cheese melodies. In proper pirate fashion, every Alestorm record has at least one song about consuming loads of mead and/or rum; unsurprisingly, they’re the most raucous band on this list. Drink up, mateys.

Blazon Stone were Sweden’s premier Running Wild disciples, as their very name comes from Running Wild’s sixth record. Cederick Forsberg is a prolific metal musician and a disciple of the old masters, despite his young age; he taps at the heart of rock ‘n’ roll for soaring melodies and searing leads. It looks like they’re on hiatus from campaigns as of late, though this year’s Hymns of Triumph and Death ends their reign of terror on a high point. For the gimmick-weary, they’re a suitable port of entry into pirate metal: themes aside, they’ve got some serious riffs, and speed metal revival doesn’t get much better than this.

In theory, instrumental pirate metal seems like an oxymoron. Group sing-a-longs are are crucial to the formula, and what’s a pirate without their motley crew? Their lack of “yo ho ho”s aside, Pirate Hymn are the embodiment of the one-for-all-and-all-for-one mentality that defines pirate metal. Their sole member, Jean Paul, is no rookie dabbler, having cut his teeth as the keyboardist for Blazon Stone; like Forsberg, he knows what made Running Wild tick, and he adds a more orchestral feel to amplify even without vocals. The production occasionally leans on the thin side, and sometimes the keyboards are a little high in the mix, but the fundamentals are all strong, ensuring an even-keel listening experience.

Napalm Records have not one, but two pirate metal bands on their roster: the aforementioned icons Alestorm, and the Scottish quartet Rumahoy, who combine their labelmates’ jig obsession with Swashbuckle’s gruff vocals. The latter’s embrace of all things pirate-y knows no bounds; their catalog includes a song called “Netflix and Yarr,” for crying out loud. Fittingly. for a band modeled after seafaring nomads, they claim not only Scotland as their home, but Argentina, and Blackbeard’s resting place of Ocracoke, North Carolina. If nothing else, Rumahoy should inspire you to read up on Ocracoke, a fascinating island home to a unique American dialect, as well as a cemetery that’s actually British territory, because British World War II sailors washed up dead on its shores. The more you know…

Pirate death metal? The Netherlands’ Shtack’s sole, self-titled record is just that. It’s murkier than most of the other records on this list, with death growls taking over for more legible vocals. There’s still plenty of the requisite pirate-metal oomph—it’s just submerged a few leagues lower. “Jolly Roger” and “Rock the Brazilian” are key rippers, perfect for evenings spent raising hell on the poop deck.

Hailing from the harsh seas of Trenton, New Jersey, Swashbuckle are pirate metal’s M.O. in a nutshell. It’s dumb, but it’s fun: major-key power-thrash with bits of folk thrown in, which aims for the same bombast as Viking metal bands—without all the self-seriousness. Pat “Admiral Nobeard” Henry has a gruff, almost death-y vocal approach, like if 3 Inches of Blood were held at swordpoint on the plank. Back to the Noose has some crossover influence with its bevy of shorter tracks, and it’s fun to imagine “We Sunk Your Battleship” leading stagedivers into the briny deep. That their latest single, “The Last Days of Piracy,” features symphonic black metal keyboard suggests that may be growing tired of the pirate hustle, which is understandable; even the most seasoned buccaneers have days where they’re off their game.