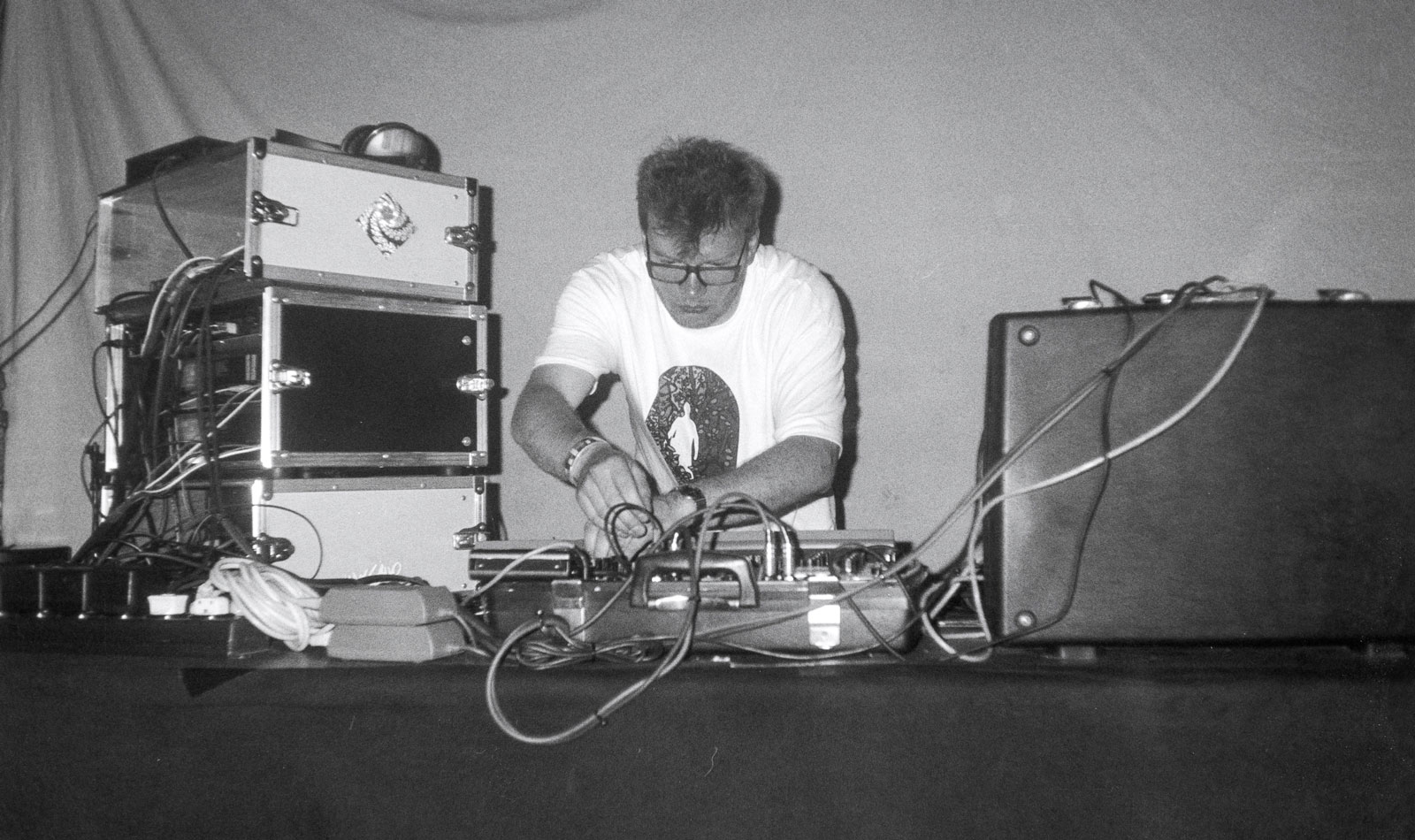 It was on the banks of the River Main in Frankfurt, Germany that one of the most powerful visions of electronic ambient music was born. An employee at the city center bank, a 30-year-old named Peter Kulhmann was walking along the Main with his gig bag in hand—Kuhlmann played guitar in his free time. At the time, he was a skilled jazz fusion player, but the scene had left him feeling disenchanted. He decided to stop for a moment, take out his guitar, and look out on the lapping waters of the city river. He began to strum the instrument, aligning his playing to the natural sound of the water. As he played, he could feel himself opening up fully to nature—and to the present moment—finally hearing the natural music that existed all around him.

It was a creative breakthrough that would reverberate for the rest of his life. Now reborn as Pete Namlook, he’d spend the next two decades expanding the parameters of what electronic music could mean. “He came to see music and nature as directly related to each other,” his frequent collaborator Bill Laswell once said.

You could also argue that Namlook set out to replicate not only the sound of nature, but its abundance: his label FAX (short for Fax +49-69/450464) released some 400 albums in its first decade of existence, with 135 of them credited to Namlook himself (not counting singles and compilations of one-off tracks). His collaborations were equally fruitful and prolific, exploring inner realms of sound with fellow electronic ambient pioneers like David Moufang, Jonah Sharp, Bill Laswell, Uwe Schmidt, and Tetsu Inoue. In a rare interview, Namlook laid out his philosophy as such: “My definition of ambient has nothing in common with Eno’s. It’s about a journey, about intense emotions.”

A decade after his sudden passing in 2012 at the age of 51, Namlook’s spirit and energy remains a beacon in electronic music for new generations of artists and listeners. “There was never any second-guessing or time-wasting,” Laswell said of his collaborations with Namlook. “We were always concerned with getting the best possible results, but also in getting them quickly. That’s how he managed to release so many records: he could just work really, really quickly.”

Late last year, the label Silent State Recordings began the rather daunting task of reissuing highlights from Namlook’s vast catalog on vinyl. They have their work cut out for them. But after their inaugural release, they received encouraging feedback. “Pete had a loyal fan base that set high standards,” Nils Wortmann of Silent State Recordings wrote via email. “To see that the first physical reissue not only exceeded the expectations of Namlook fans, but also helped to make Pete’s music available to a new audience, is what really makes me happy.”

“Peter‘s way of breaking his musical world into pieces is really remarkable and what always fascinated me most,” Wortmann says. “With every listen, you come across new stuff you haven’t noticed before.”

Here are our suggestions for where to start navigating Namlook’s vast catalog.

Air
Air I • You & Air II • Travelling Without Moving

Namlook’s earliest forays outside of guitar-based jazz-fusion fell into the trance category. But by 1993, Namlook arrived at a new world of sound with Air. Released in the heady early days of ambient electronic music, it revealed Namlook’s deep love of sonic forebears like Pink Floyd, early electronic pioneer Oskar Sala, and the mighty Klaus Schulze, while also pushing into more emotive realms. There are also elements of live instrumentation, operatic vocal snippets, a sultry voice whispering in French, and jazz drumming, each element slowly echoing and accruing as each piece builds to climax.

“This album is dedicated to all the sad people because it is the voice of hope!” So reads the message inside Namlook’s other early masterwork, released under yet another elemental name: Silence. Utilizing his synthesizer like the cello and bass section of an orchestra, Namlook allows dramatic motifs to rise and fall. But just as deftly, he uses field recordings of rain, as well as some hand drums, to create an immersive listening experience that moves from dark and dour to a sense of exquisite lightness.

Tetsu Inoue could be considered the Pete Namlook of Japan. His output is rightfully revered, and he too tirelessly explored the outermost reaches of inner space, collaborating with fellow astral travelers like Laswell, Schmidt, and of course, Namlook himself. Most of their collaborations were credited to Shades of Orion and 2350 Broadway (Inoue’s address when he lived in New York City), but one of the most sublime entries in their respective catalogs is 62 Eulengasse, where Namlook had a studio. It’s the lone recording credited to that handle. Hushed and restrained with a slightly pensive air, the duo venture deep and wide into these atmospheres. Perhaps the saddest similarity with Namlook is that Inoue too fell silent after 2012, and his whereabouts remain unknown today.

The Fires of Ork compiles two albums Namlook made in collaboration with another intrepid explorer of space music, Biosphere’s Geir Jenssen. For those familiar with the more austere minimalism of later Biosphere albums, this one might at first be startling. It hews close to the sample-based sounds of the early ‘90s, with snippets of voices taken from curious source material: Blade Runner, an old KLF Communications press release, and even Nietzsche. But these sprawling, dark ambient washes also build up to banging ambient techno—some of the finest in either man’s catalog.

FAX was an exhaustively prolific label, with only the hardiest (and well-salaried) fans able to keep up with its prodigious output. So while there are a number of artists represented on The Definitive Ambient Collection, look closer and you’ll realize each entry is actually a Namlook pseudonym. Yet these briefer tracks make for a handy portal into Namlook’s universe, offering up all the subtle tweaks of his sound: darkest night ambient, syrupy-slow trance, cavernous dub, Middle Eastern-spiced house, even proper techno all get revealed here.

This 1994 album represents a different sort of collaboration for Namlook, one that spans multiple disciplines. The album was originally conceived for performance during Ars Electronica, in which the movements of a dancer would trigger, via specially-installed light sensors, sounds created by Namlook. The result is a piece full of disquieting drones, slow-cresting synth washes, metallic clamor, and dense bleeps, all juxtaposed with whiplash electronics.