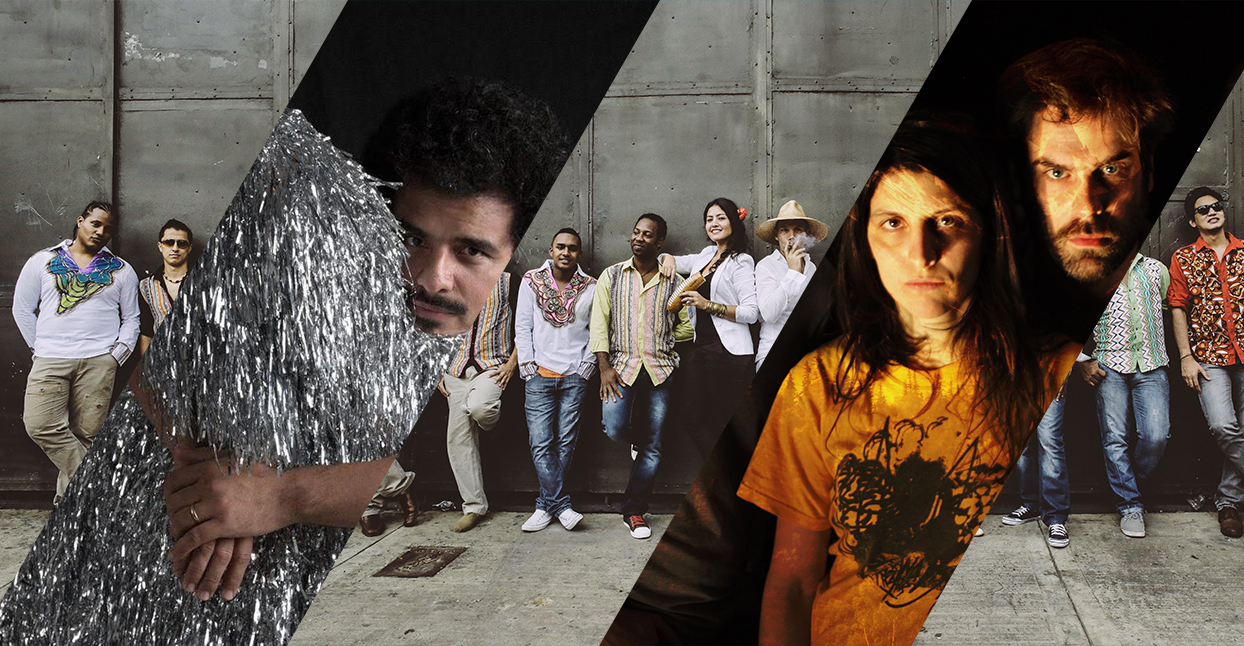 In our constant search for new musical discoveries across the globe, we’ve rounded up some of the most intriguing and exciting sounds to be released in recent weeks. Delve into the glowing, supple productions of Ecuadorian visionary Helado Negro, and take a trip back in time with Teck-Zilla x Allen Poe from Nigeria and Kentucky. Then, go out and ignite the dance floor with the fierce salsa grooves of Colombia’s feisty La Mambanegra.

A self-described “exploratory ambient pop” singer/producer, Melbourne’s Braille Face (née Jordan White) brings serenity and turbulence to Kōya—and, in doing so, rises above the pop culture fray. He explores human consciousness over downtempo grooves in the melancholy “Backwards/Medicated,” which drifts along slowly, carried by sharp, insistent percussion and bathed in moody electronics. A touch of drum and bass and twinkly atmospherics drive “Glow.” The chilling “Because” is built on a base of bare, plaintive piano. White’s lyrics are raw and dark, but the spotlight is always on his stirring collision of jagged rhythms with blissful techno.

When infectious dub meets rocking roots reggae on Interrupt and Tenor Youthman’s stellar new full-length, the results are irresistible. Proving to be one murderous beatmaking duo, this ballsy troupe from London open with insatiable one-drop rhythms and head-spinning electro beats on “We Rule The Dance,” then captivate with rock steady synth stabs and a twinkling backdrop in “International.” Ladies and gents, make way for the new kings of the reggae dance floor.

With retro production and lyrical introspection, Lightbulb Over My Head While I’m Thinking gives listeners something Kentucky-based MC Allen Poe and Nigerian beatmaker Teck-Zilla call a “vintage look at life.” Allen Poe rhymes about a pre-Internet era, before the over-saturation of content, in the breezy “Retro Scapes,” and charms with flirty lyricism in the playful “Sunny Side of Life.” Meanwhile, Teck-Zilla samples nostalgic cuts, like Tommy James and the Shondells’ “Crystal Blue Persuasion,” and plays with early ‘80s-style turntablism. None of the tracks here exceed the 3-minute mark, but they don’t need to—they’re each charged with enough punch to get the point across.

A jangly assortment of percussion, offbeat synths, and occasional “yeahs” and “yos” fuel this instrumental release. It’s a quirky quest, marked by clattering and clanking,  and occasionally prone to jazzy experimentation, changing up the tempo just enough to halt a rush toward the dance floor.

Atonismen. Photo courtesy of the artist.

This chamber gothic trio rises from the gloomy port of St. Petersburg, Russia to deliver fuming, blackened doomsday metal to induce fist-pumping and hair-raising goosebumps. The intensely symphonic “Almagest” explores the uniqueness of the psyche over impressive orchestration; medieval church bells and Gregorian chants open “Sorry,” which the band says is about, “feelings of embarrassing pain.”

New York-based visionary Helado Negro (née Roberto Carlos Langue) recently announced the release of his fifth studio album, Private Energy (due out October 7). The delightful, hazy “Runaround” has the genuine feel of a new, blissful love. Just as glimmering, the supple “Young, Latin and Proud” shows off the Ecuadorian musician’s Latin heritage and vocal sensuality, while “Transmission Listen” is a call for visibility.

Joy As A Toy—Mourning Mountains (Belgium)

Joy As A Toy. Photo by Anne-Laure Lamarque.