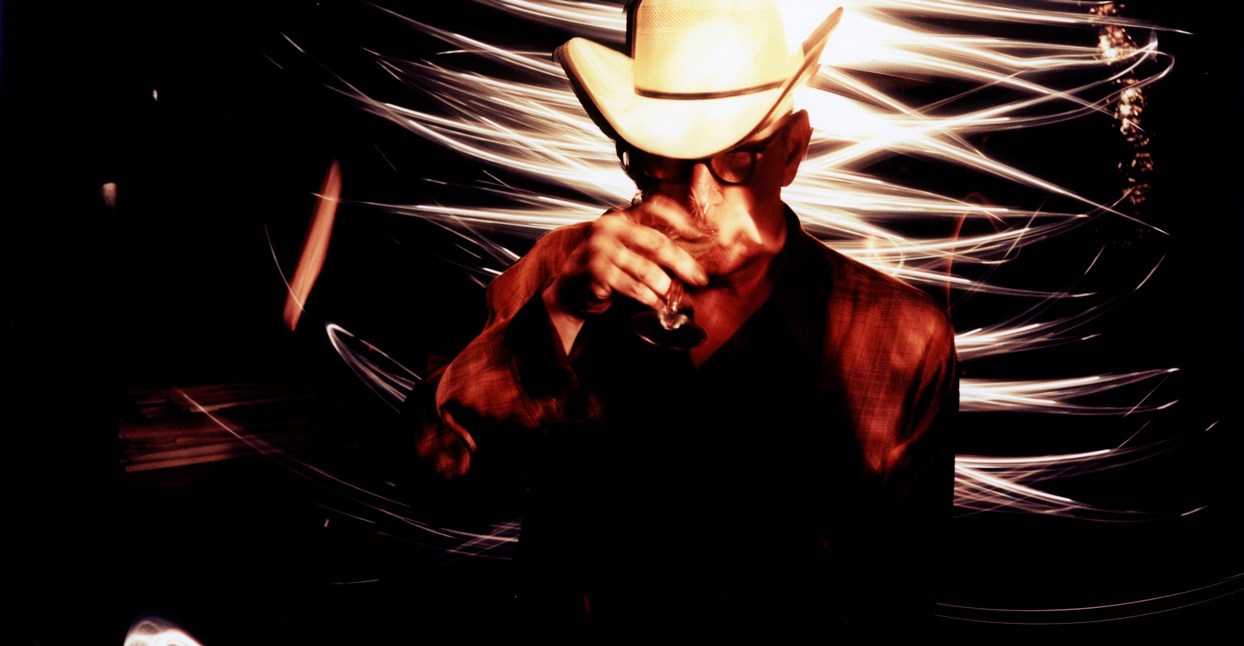 According to Kurt Wagner, “This is how Lambchop started: Nobody wanted to sing, and nobody wanted to write songs, but we wanted to get together and play. So I was like, ‘Uh, I’ll do it.’”

Wagner is an affable enough guy, quick to laugh and always ready to poke fun at himself. And there’s quite a lot to be said for his ‘Why not?’ approach. For over 25 years, Lambchop has quietly produced one of the best, most ambitious catalogs in modern music, performing country ballads, noise rock rave-ups, and spectral post-rock with equal grace and ease. This (is what I meant to tell you), his 13th album, is another bold permutation: a collection of anxious, jittery indie songs that manages to slip a few choice insights on televised surfing competitions (“it’s amazing”) between abstract passages of daring experimentation.

Wagner shaped the foundation of This with his voice, using a cappella tracks as cornerstones. After developing these rudimental vocal melodies into chord formations, he sent them along to his collaborator Matt Maccaughn (best known as a drummer for Bon Iver and Hiss Golden Messenger), who topped them off with Eurorack analog synthesizer, adding beats, samples, and other manipulations. This process rolled on for months, the two musicians going back-and-forth over email, meticulously re-sampling and re-arranging various pieces with Ableton.

In Wagner’s view, the end result of that project— a series of half-hour long instrumentals—is some of the most exciting music he’s ever made. “I know this sounds really crazy,” he chuckles. “But for me it was a whole new way to go about writing a song, rather than just sitting there and strumming a guitar or something.” This shares that same unassuming quality; it’s a pop album where the central voice is completely self-effacing. (To that end, at one point in our interview, Wagner pauses briefly to confide: “You know, I’m an idiot.”)

Perhaps this is why, despite two-and-a-half decades of boundary-breaking takes on American music, Lambchop remains a band that can’t mount a full-scale tour of the U.S. without incurring significant debt. Not that any of this bothers its bandleader that much: “For whatever reason,” he jokes, “my lack of ambition has not become recognized. And you know what — it’s always been fine with me.” Here’s a guide to his best records.

Back in the early days, you didn’t even have to play an instrument to be in Lambchop. “If they wanted to hang out or whatever, I’d say, ‘Well, what did you play in high school?’ ‘I got a clarinet.’ ‘Well great, come on over.’” I Hope is a double album devoted to the idea of ‘Why the hell not?’ It adds pedal steel to punk. A a gorgeous, horn-drenched ballad is titled “Soaky in the Pooper.” Sure, it’s amateur, but everything worth recommending about Lambchop is right there from the start. As Wagner says, “We made a sound that was pretty fuckin unique, man.”

The possibilities of electronic manipulation have fascinated Wagner for most of his life. Memories of a performance by avant-garde composer Gilbert Trythall, whose proto-Moog filled an entire orchestra pit, eventually led him to take electronic music courses in grad school — but those ideas had to sit on the back burner during the band’s early days. But, in 1997, Wagner says, I was still really interested in sound, and Thriller was an opportunity to get into the studio and create a piece of music that was conceptual in nature.” Collaborating with engineer Robb Earles, he drew a visual score and experimented until the title track, a dense, aggressive piece of musique concrète, came out the other end. “I was exploring, man – and these guys didn’t think I was crazy!”

The group’s European breakthrough came on Nixon, a lush lounge album; “Up With People,” which appears here, has become the band’s signature song. “The band was getting good, man, they were hot,” says Wagner. “I knew that everybody would respond if I could up my game.” This was made easier by Nashville’s long Garth Brooks hangover — hiring the town’s many out-of-fashion orchestral accompanists fell within the reach of a band like Lambchop. “They were doing sessions they probably wouldn’t have in their heyday,” he laughs. “So we found a way to do it through our hillbilly approach.”

“We were a pretty damn big band for a while,” Wagner laughs. Though Is a Woman is the quietest album Lambchop has ever made, he notes that “there are probably more musicians tracking live on that album than anywhere on Nixon.” Written largely for Tony Crow’s piano, these songs unfurl many modest surprises. According to Wagner, the change to soft-and-slow approach was due partly to self-preservation: “The band was so loud that I ended up screaming to hear myself over the large ensemble on stage. It was crazy. So I was trying to make a record where maybe I wouldn’t have to scream so much.”

The sweetest Lambchop record by a country mile. Inspired by Neil Young, Wagner wrote many of these songs during his first-ever solo tour, resulting in a bright, twangy acoustic sound — a “songiness,” as Wagner puts it. It’s also a seemingly up-front album, full of great emotional honesty on songs like the touching “Slipped Dissolved and Loosed.” Don’t miss Live at XX Merge for a taste of the live band’s full-throated power on this tour, transforming “National Talk Like a Pirate Bay” into a rousing anthem.

This elegiac album is possibly the band’s best, finding space for post-rock experiments amidst some of Wagner’s most beautiful ballads. There’s a palpable, inescapable sadness at the heart of “Nice Without Mercy,” a slow settling ache shot through with gorgeous light. As the subtle shifts between despair and relief on “Mr. Met” can attest, there isn’t any miserabilia here. It’s no surprise that Wagner describes it as “the pinnacle of that particular line-up;” this is a perfect send-off for a man headed still into the digital unknown.

This (is what I meant to tell you)

“This new record is all about hip-hop,” Wagner says. “That’s the cutting edge of where music is heading.” Buffered around the edges by Wagner’s manipulated vocals, This hones in on Matt Swanson’s heated, rubbery basslines, with long-time pianist Tony Crow hovering somewhere overhead. Melody and rhythm propel and oppose one another, with compositions that differ wildly depending on which instrument you follow. The result has a sort of spectral geometry, songs like “The Lasting Last of You” stacking distant piano accents underneath Maccaughn’s earworm backbeats. Synths ping between channels. Sounds have been chewed-up and re-recorded so many times that the listener ends up floating in some sort of distant, digital-organic space, tethered only by Wagner’s smartass emotionalism. This tries everything, and it succeeds.