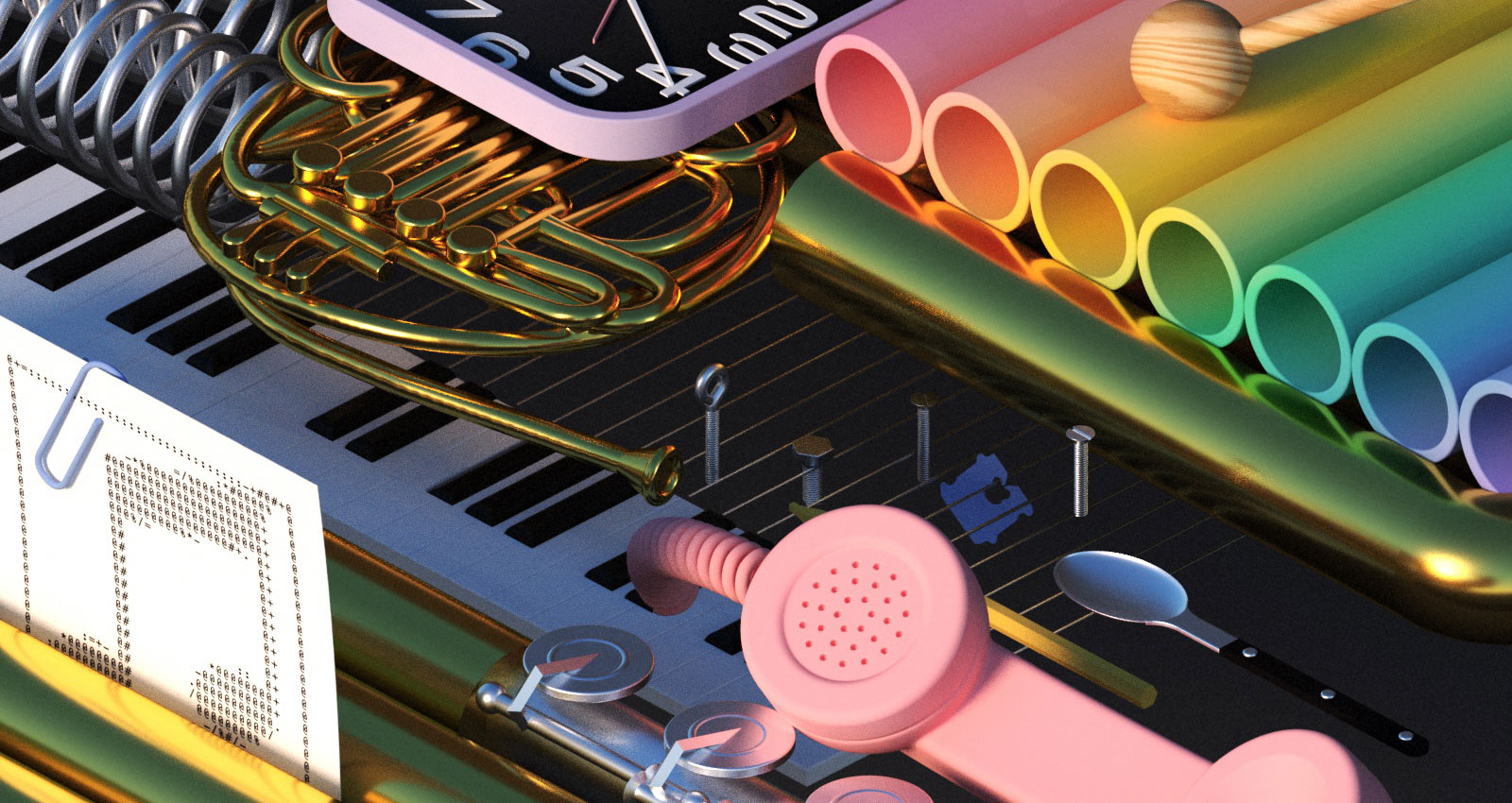 Experimental musicians have often thought outside of the box when it comes to the tools they use to make music. They’ve tried out new techniques on traditional Western instruments, like knocking on the wood of a violin instead of bowing its strings; explored how everyday objects, such as a kitchen spoon, can be used to create sound; or welded whole instruments from scratch. Sometimes this experimentation comes with darker implications, as when Western musicians experiment with instruments rooted in non-Western musical traditions—like the Javanese gamelan, the indigenous Australian didgeridoo, or the Indian sitar—and blur the line between cultural appropriation and cultural appreciation. Experimenting with instruments is a vessel for imagining new methods of creating music, and it comes with triumphs as well as oversights.

The piano has lent itself to much experimentation in the last century. In the 1920s, Henry Cowell looked to extend the piano’s capabilities by playing its strings as well as its keys. In 1938, John Cage wrote a piece that required nestling objects amongst the piano’s strings to make its notes ring with different timbres and swaying rhythms. This practice, which is called the prepared piano, is still used today by musicians like Kelly Moran.

Wind instruments have also been a subject of experimentation, as seen in the work of pioneering instrument builder Yoshi Wada. Wada was a part of the Fluxus movement in the 1960s, which was made up of artists who embraced a looser, do-it-yourself attitude in contrast to exclusionary academic rigor. In the spirit of DIY, Wada began creating his own horns using plumbing tubes. He’d attach a mouthpiece to the lengthy pipe and blow into its cavity to make resonant, droning sounds. Wada wasn’t an academically trained musician, but he did study electronics with La Monte Young and Indian classical music with Pandit Pran Nath, and these influences show in how his horn, called the Earth Horn, sounds. He often used the instrument to create an extended drone, calling upon ideas of ritual and minimalism. These homemade pipe horns became part of his signature practice alongside his use of traditional Western instruments like bagpipes and pipe organs.

In the case of artists like classically trained vocalist and electronic musician Pamela Z, electronics provide a way to create new sounds. Most known for attaching sensors to her body that allow her to control her voice processing electronics by moving her arms, Z’s music explores how she can change the shape of her voice, looping in real time to create boundless textures.

Then there’s the prominent and influential 20th century instrument builder and music theorist, Harry Partch, who built countless instruments stemming from all sorts of bases. His Chromelodeons were modified reed organs that can accommodate scales with 43 or more tones per octave. His adapted viola extended the instrument’s fingerboard to allow musicians to play more notes. His Cloud-Chamber Bowls, one of his most well-known devices, featured a series of hanging Pyrex bowls that could be played like gongs. He was drawn to creating many of these instruments as a way of exploring different harmonies than the typical Western 12-tone scale.

These are just a few examples of how musicians have used their instruments as a primary source for experimentation. The possibilities are limitless—which is why the practice still provides a treasure trove of ideas. Here are five albums on Bandcamp that feature an array of different invented instruments.

Fred Frith and Henry Kaiser have long collaborated on works that feature unconventional methods of guitar playing. They’ve used unusual objects to play the instrument—Frith quickly became known for placing objects between the strings of his guitar to make a “prepared guitar”—or tinkered with homemade guitars instead of standard instruments. Friends & enemies compiles their work from 1979-1999, showcasing the range of different sounds they’ve been able to make over the years. Some tracks reach a funky, electric groove, while others revel in suspended dissonance and chilling noise. The guitar, in its most basic sense, is just a starting point for their vast experimentation.

Pianist Kelly Moran was introduced to the prepared piano as a college student studying electronic music and classical piano. After hearing a professor play a prepared piano at the university dance school, she became entranced by its array of tones. Later, at her family’s house on Long Island, Moran began to place screws and bolts from her father’s toolkit amongst the piano’s strings. She fell in love with playing prepared piano, and her 2018 album, Ultraviolet, features a series of liquid improvisations on the instrument that she translated to a notated score. It exemplifies her ability to infuse playful prepared piano melodies with powerful intimacy.

Adam Morford had always been a curious percussionist, drawn to finding any way to make sound, not only with drumsticks and a drum set. When his grandfather passed down his welder, Morford started learning how to use it, eventually crafting bells and, his own invention, the Marvin. The Marvin, named after Morford’s grandfather, is a 24×24 cowbell with nine bedsprings vertically attached to its surface. After Morford posted a photo of the instrument to Instagram, it became popular almost overnight. That’s where violist and composer Leilehua Lanzilotti found it. Later on, she met Morford and the two instantly connected through their shared interest in playing with sound. They began improvising together, loading up a truck full of random instruments from Morford’s welding studio. Yesterday Is Two Days Ago presents snippets from those improvisation sessions. The Marvin’s shimmering, metallic noises seep into the viola’s rich tones, and by the end of the album, it’s hard to tell which instrument is which—but that’s the point.

On Earth Horns with Electronic Drone, Yoshi Wada’s signature plumbing tube instruments are on full display. The piece features four horns that each ring at their own specified pitch, layered on top of each other to create expansive, wafting drones. Electronics transform the sound of the pipe horns, spitting back their resonance as textured echoes. Wada was most interested in following how these long held tones would grow and change, the way they subtly moved with the evolution of time. The piece was originally presented as a live installation, reverberating against the walls of the room to create a fully immersive listening experience.

A secret code, Pamela Z’s recently released third solo album, presents a series of works for different instrumentations, ranging from string quartets to bubble wrap. In her live processed performances, she often “plays” unexpected material, filtering their sounds through electronics to create fluid patterns. She also uses extended vocal techniques to create different textures, and pushes the capabilities of her voice with and without added electronic effects. A secret code is a thorough exploration of how to find meaning in music: Her words are often obfuscated, spoken so quickly they can barely be deciphered, fluttering as if they’re meaningless sounds like any other.