It’s a simple rule of physics: Music can’t last forever. Every song and album comes to a close, every concert or listening session eventually gives way to silence, and the artist’s spell is broken. Practitioners of the electronic subgenre known as generative music see things a bit differently. When crafted and arranged correctly, the album as we know it can transcend that supposedly linear fate and embody a sort of permanence. In other words, the ecosystem will flourish and proliferates without you, bursting with life. It doesn’t begin and end; it just is.

The term entered the public lexicon in 1995, introduced by the ultimate music-genre namer, Brian Eno; Eno had been using generative techniques since his 1975 record, Discreet Music. Inspired by early works like John Cage’s Imaginary Landscape Vol. 4 and the I Ching-inspired Music of Changes—along with Terry Riley’s performative generative piece In C and Steve Reich’s tape manipulation masterpiece It’s Gonna Rain—Eno modernized and popularized generative techniques with now legendary records like Ambient 1: Music for Airports, which showcased how, with strategic timing, an artist could make a handful of short loops repeat in different ways with each go-round.

“I like to think of the generative compositional process using Eno’s ‘gardener’ metaphor,” explains Bryan Noll, aka Lightbath, a generative electronic producer who uses modular synthesizers to create serene soundscapes. “It’s like designing a seed that, once planted, can grow into many varieties of a particular plant species. It’s a musical approach that has the potential to generate endless variations within the original zone of intention.”

In the past few years, artists have brought these processes to previously unimaginable levels: inputting information into learning artificial intelligence, making tape loops that stretch around entire rooms, using computer code to create new age meditation music for apps. The partnerships with different musical systems have even led to some artists viewing their equipment as another musical partner of their creative process.

To help introduce you to the endless, ever-changing expanse of generative music, we present a primer of eight albums that will guide you into the unknown world of generative processes. 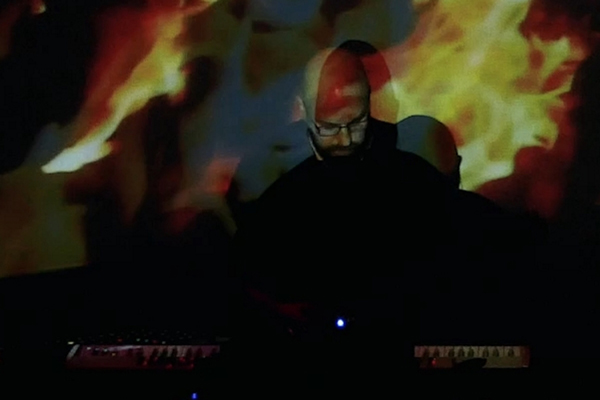 Taking a page from Eno’s early generative works, Bing Satellites’ Extension of Reality uses multiple, strategically timed loops to create what could be a field recording from an alien planet. Various detuned synth melodies echo through the deep, windy filled mix, never quite lining up in the same way twice, allowing for the listener to become comfortable but not bored of the extraterrestrial realities created on this fascinating record.

Have you ever sat and paid attention to the hypnotic sound of crashing waves or burbling streams? The random qualities that make up these streams of sound are a source of inspiration for Ian Boddy on his 2016 release Tone Science. By setting up controlled random patches on his analog gear, the U.K. artist produces some of the most unique timbres and tones in modern music. Let Tone Science take hold of you, and you’re sure to spiral down into an amorphous rabbit hole of sound and color.

With hundreds of releases to their name, the former husband-and-wife duo, now turned solo act after the unfortunate passing of Danielle Baquet-Long in 2009, Celer has cemented itself as one of the most prolific artists in drone music. On Infinite Set, Tokyo-based artist Will Long uses a hypnotic series of smooth synth patterns that subtly evolve, falling over each like weak ocean waves, eventually leveling out with the rest of the sea.

Originally recorded in 1993, and later released as expanded version in 2014, Brian Eno’s Neroli (Thinking Music Part IV) is a simpler version of his work in the late ’70s. Here, Eno strips back his instrumentation to smooth, elongated notes that form short melodies, gently filling the sonic space, for a single drone piece that has been played in maternity wards for relaxation purposes. In the records, the composer perfectly describes the record: “to reward attention, but not so strict as to demand it.”

Kowalski Room
Walk in the Park

Using layered loops to create chance happenings, mixed with field recordings and musique concrete elements, Kowalski Room’s Walk in the Park is exactly what the title suggests. For over two hours, the record tugs the listener at the pace of unpredictable, comfortable everyday life; birds sing whenever they want, a twig breaks, the world rolls on at a tempo not bound to a time signature.

Full/new is, at first glance, an unassuming split between modular synthesists Lightbath and Emily Sprague for RVNGIntl.‘s Commend Here series. However, the release marks the synthesis of two of generative music’s most practiced, caring minds. On their respective sides, each artist sets up their patches and lets their synthesizer do a majority of the talking. The result is over an hour of floaty melodies, west coast synthesis and blissful, blippy noises.

Not at all generative music is made for lounging. Keith Fullerton Whitman’s complex compositions feature spastic percussion and rapid-fire arpeggios. His 2019 record Generatorss is a celebration of the 10-year anniversary of Whitman’s dive into the generative territory.  Comprised of four pieces, the album is a testament to the power subtle change over long periods of time. Maximum volume recommended.

For Vol. 15 of the Frkwys series, which pairs contemporary with more traditional experimental artists, Portland duo Visible Cloaks have linked up with Japanese ambient pioneers Yoshio Ojima and Satsuki Shibano. On serenitatem, the group combine Wotja, a generative music-making software, and midi randomization into a gorgeous set of songs that rewards deep listening with unexpected textures and heightened mood.