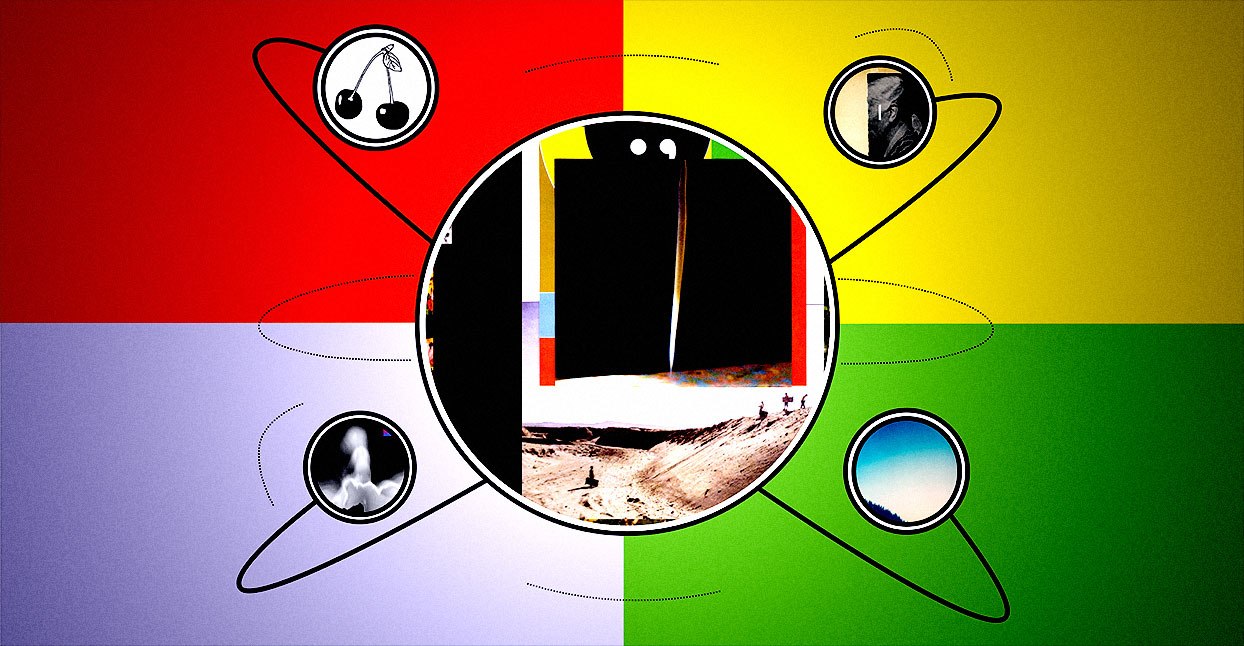 This August, Justin Vernon released the fourth Bon Iver full-length, i,i, three weeks ahead of schedule. But rather than marking another phase in the project’s remarkable evolution, the album instead weaves together elements that have made Vernon’s past work so compelling. Tracks like “Hey Ma” and “iMi” revisit the stately melodies that elevated Vernon to cult fame over a decade ago with For Emma, Forever Ago, but they also incorportae the nuance and studio wizardry he embraced on 2016’s 22, A Million. The sprawling landscapes of 2011’s Bon Iver here meld seamlessly with more intimate arrangements on songs like “We” and “Naeem.”

Vibrant and complex, i,i illuminates not just the many facets of Bon Iver’s own work, but also the wide range of styles and themes that inform them. As of this writing, Bon Iver fans have been living with i,i for over a month, and may be wondering where to turn next. To make things easier, we’ve assembled a list of artists whose work shares some of the musical elements at play in i,i. You may fall in love with these artists as much you enjoy Bon Iver, or you may develop a newfound appreciation for how effortlessly i,i blends all of these sounds together.

The Humble Bee & Offthesky
All Other Voices Gone, Only Yours Remains

Fans of the ambient and minimalist soundscapes interspersed throughout i,i may find similar pleasure in All Other Voices Gone, Only Yours Remains, a gorgeous collaboration between musicians The Humble Bee and Offthesky and the photographer Nieves Mingueza. While the opening track “For Her Breath Is On All That Hath Life” is blissful and serene, the artists quickly create tension by adding undercurrents of static and abrasive noise. That sense of menace grows throughout the album; closing track “Haunt Me Still” lives up to its name: what started as a daydream quickly becomes a nightmare.

Like Justin Vernon, Los Angeles-based producer and composer Ben Babbitt is a bit of a musical mad scientist; both artists generate sparks by letting disparate sounds collide. Babbitt’s gift for constructing a sonic collage is highlighted on Wilderness WIthdrawal, which was recorded live at the Field Museum in Chicago in 2017. “Advice Ratio” showcases his jubilantly discordant style: a series of woodwinds, spooky jabs of strings, oscillating synths, and goopy samples stampede into one another to create a soundscape of epic proportions—all before the track hits the one-minute mark.

Music With a Sense of Unpredictability

Although beat tape wizards Minutes Unlimited might, at least at first glance, seem to have little in common with Bon Iver’s impressionistic pop, both artists have the uncanny ability to steer listeners to the edge of sonic cliffs—frequently, and with finesse. Throughout their brand-new beat tape Green Data, inspired by this summer’s Whitney Biennial, Minutes Unlimited producers MIchna and Eliot Lipp construct a tower of inventive grooves, but never let listeners get too comfortable before cutting the beat with disorienting breaks and leaps. Although high-octane tracks, like “High Alert,” “Five Alive,” and “Suzi,” stand in sharp contrast to the hazy breakdowns that sneak their way through i,i tracks like “Hey Ma” or “Jelmore,” they offer a similar masterclass in the art of musical suspense.

Songs With a “Hallucinatory” Flair

In recent years, Bon Iver has become a proponent—both in his music and in public pronouncements—of mind-altering substances. While listeners don’t need to follow suit in order to appreciate Bon Iver’s hallucinatory soundscapes, fans of his headier fare are likely to enjoy the solo work of Krakow, Poland-based guitarist Jakub Zytecki. His Feather Bed EP, from 2017, is delightfully manic; Zytecki shoots us into space with proggy riffs and over-the-top maximalist soundscapes one moment, only to submerge us in gentle atmospheres and mellow grooves the next. The fun-house euphoria of tracks like “Opened” or “Letters” is infectious and downright narcotic—and you don’t need the blatant “drugs” tag on his Bandcamp page to tell you that.

The British ensemble Cattle & Cane, led by siblings Helen and Joe Hammill, champion a full-throated brand of indie-pop that’s reflected in the conventional rock and folk threaded through i,i. Their album Live at Middlesbrough Town Hall features a full-blown orchestra, which lends emotional weight to tracks like the grandiose “Sold My Soul,” as well as the climatic final track “Dealing with the Devil.”

On his 2018 debut EP Browallia, Swedish artist Viktor Pilkington employs a wide battery of electronic pulses, glitches, beeps, and sustained swells to provide not just melody, but rhythm and texture as well. Standout track “Fort Holloway” uses an arpeggiated riff to propel itself forward, much like Bon Iver’s “Holyfields” and “We.” “Orague,” on the other hand, incorporates a seething synth that buzzes like a demonic lawnmower, creating a sense of creeping dread. Like Justin Vernon, Pilkington also knows how to use electronics as a balm, as is evident on the palette cleanser of a closing track, “Ego Proema Infinitas.”

While Bon Iver’s Justin Vernon’s falsetto was once his calling card, his eventual embrace of his full vocal range opened the door to a wider range of emotions and moods in his music. The same holds true for Oakland’s Astronauts, etc., the project of Toro y Moi keyboardist Anthony Ferraro. While the group’s debut LP Mind Out Wandering coupled cerebral soft-rock with Ferraro’s hypnotizing falsetto, their 2018 follow-up, Living in Symbol, puts Ferraro’s rich baritone front and center. Throughout, Ferraro probes profound existential questions, and his stately voice reinforces the melancholy subject matter at hand—particularly on standout tracks like “The Border” and “The Room.”