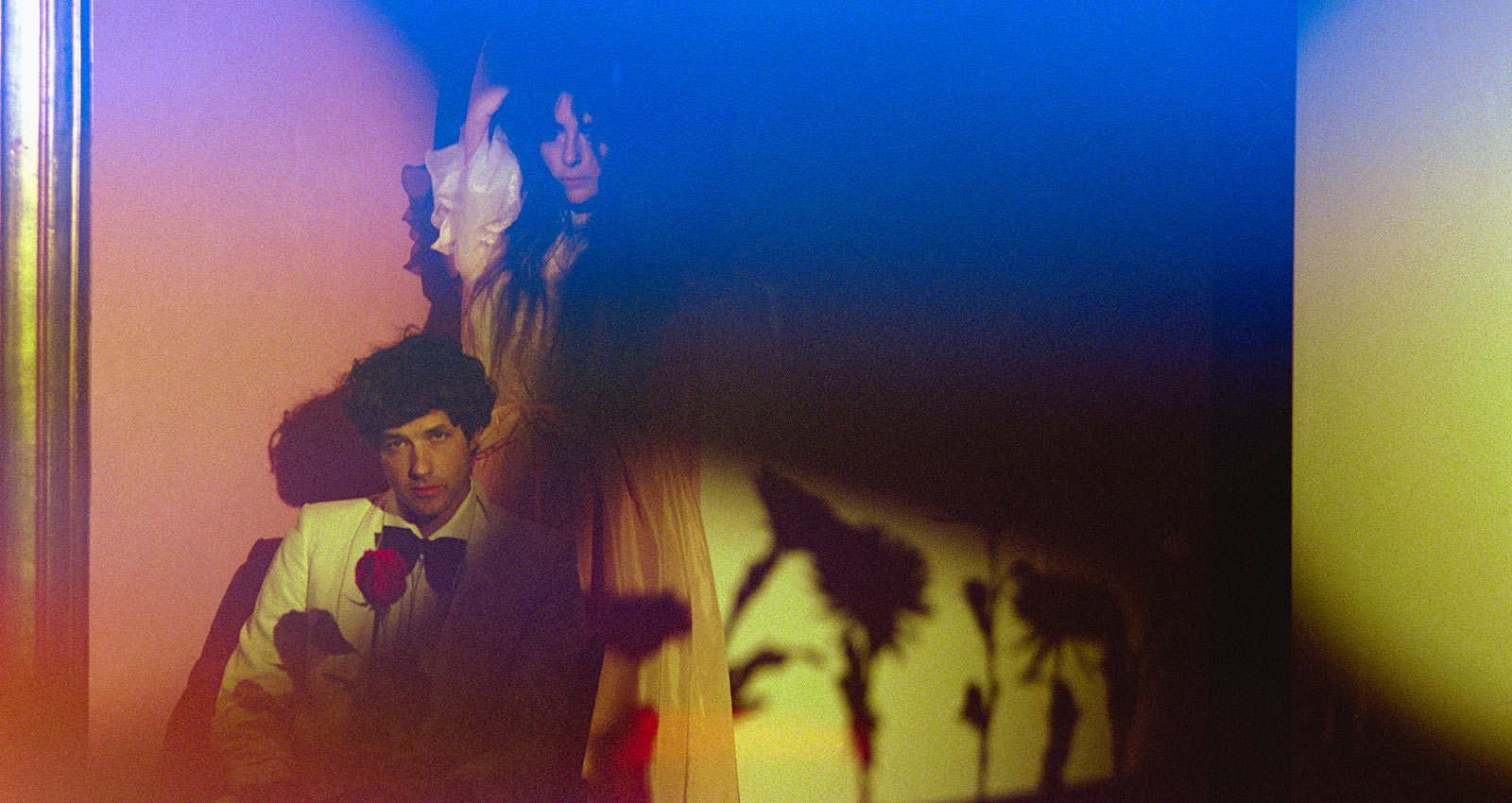 On Once Twice Melody, Beach House curl inward toward a childlike sense of unshielded wonder. Released in four chapters over several months, the Baltimore dream pop duo’s eighth album sustains their hypnotic sense of atmosphere across a filmic runtime. Miniature narratives swoop in and out of the haze that permeates the music, coming into focus and then dissolving, leaving only warm impressions in their wake. This is a Beach House album that grows to the size of its environment, inviting you to dissolve yourself within its depths.

This release marks the first time Victoria Legrand and Alex Scally have produced a Beach House album in full themselves. By engaging with the music more holistically than on previous albums, they lend Once Twice Melody an even keel, carving away excess and letting the beautiful simplicity of their compositions shine. In its extended length and electroacoustic mix, the album grapples with questions of time and memory. Simple and charmingly thin keyboard lines hearken back to the ’80s Casiotone explosion, when consumer keyboards first became accessible at lower price points, while symphonic string recordings harken back to midcentury film soundtracks. Once Twice Melody stages a mixed-fidelity wonderland where the listener can drift untethered from the particularities of the coherent present.

While most of Beach House’s discography hints at the strangeness of the human mind when it’s submerged in dreams, the sheer length and internal consistency of Once Twice Melody makes it one of their most enveloping works yet. As you get lost in its sweep, here are a few more albums that might help carry you even further into the pleasures and terrors of the unreal.

The final album from the now disbanded Baltimore band Lower Dens, The Competition layers its retrospective sheen over an overflow of bombast and humor. Lead singer J Hunter’s voice reaches for robust pop hooks over arcs of enmeshed synthesizer patterns that call back to ’80s hallmarks like Eurythmics and Tears For Fears. Like those early synthpop acts, the effects of Lower Dens’s artificial instrumentation tends toward simultaneous warmth and chill—a rush of blood in the freeze of an air conditioned mall.

A. R. Kane‘s Alex Ayuli was likely the first musician to use the term “dream pop” when he coined the phrase in the late ’80s to describe his work. The UK duo’s influence on subsequent generations of reverb-heavy experimentation still rings out in Beach House’s contemporary sound. Their final album, 1994’s New Clear Child, moves through cycles of concealing and revealing, familiar patterning and asymmetric chaos, a pulse that’s echoed in Beach House’s latest.

After issuing a string of albums under the name Casiotone for the Painfully Alone in the 2000s, the Illinois-based songwriter Owen Ashworth returned in 2012 with the lower decibel project Advance Base. His most recent original LP, 2018’s Animal Companionship, frames moments of grief and lack within gentle melodicism and simple but elegant electroacoustic instrumentation. Like Beach House, Ashworth has a knack for using closed scenes as pinhole cameras in his lyrics. In the way it sprawls into past and future simultaneously, it resonates with Once Twice Melody‘s similar explorations of memory and anticipation, and the glowing moment that holds them both.

Tasha
Tell Me What You Miss the Most

The second album from the Chicago singer, songwriter, and guitarist Tasha expands upon the minimal acoustic palette of her debut, mixing the richness of her voice with orchestral instruments like strings and flute. She has a way of singing that makes it feel as though you’re on the receiving end of a secret, and the production on Tell Me What You Miss the Most encloses that sensation within vibrant, hushed spheres. If your ears catch on the slide guitars and acoustic arpeggios throughout Once Twice Melody, Tasha’s latest work should keep them lit up.

As SPELLLING, Chrystia Cabral sketches stories through evocative fragments. Lyrical details surge to the forefront and then collapse back into the flow of her electronic collages. Her second album, Mazy Fly, adopts both the simplicity and severity of fables: not the Disneyfied version of stories told to children to explain the world, but the older, more frightening variety where death and danger lurk at each turn. The delicacy of her vocal delivery lends it the power of a secret half-told—a fantastical tale that trails off, deepening the mystique.

Roberto Carlos Lange’s latest album as Helado Negro lets abundant sunlight filter through close, careful layers. A slow, generous, balmy listen, Far In evokes the kind of experience that seems to crystallize into pleasant memory as you live it: a summer afternoon that yawns out into future recollection even in the moment of its passing. It savors pleasure without worrying about

The second album from Chicago singer, songwriter, and guitarist Tasha expands upon the minimal acoustic palette of her debut, mixing the richness of her voice with orchestral instruments like strings and flute. She has a way of singing that makes it feel as though you’re on the receiving end of a secret, and the production on Tell Me What You Miss the Most encloses that sensation within vibrant, hushed spheres. If your ears catch on the slide guitars and acoustic arpeggios throughout Once Twice Melody, Tasha’s latest work should keep them lit up.

The Toronto-based group’s 2015 album Palm Wine Revisited collages together unusual textural combinations, like the steel pan drums and heavy vocoder that make up “Reality,” toward an unsteady, dreamlike atmosphere. Tasseomancy’s music seems to burst forth at the moment when the subconscious turns on itself, where it forgets that the monster in the nightmare is a threat of its own making. You’ll find Beach House’s childlike wonder mixed with equally primal fear on this album; a potent and disarming combination.