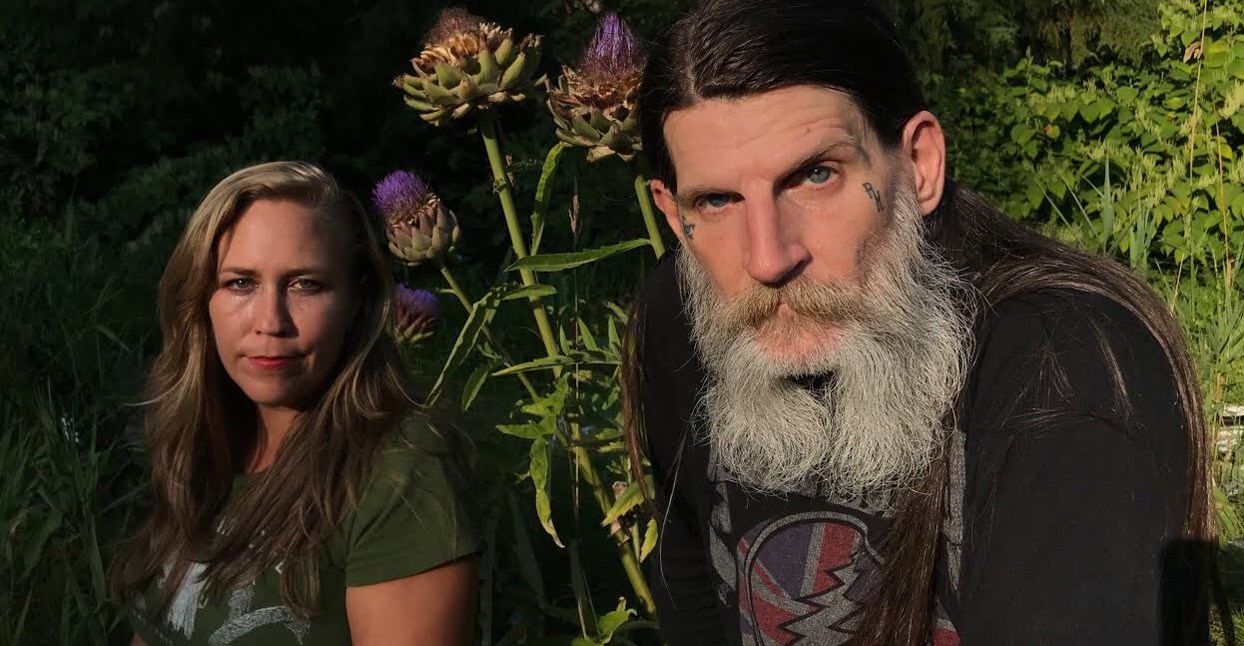 For nearly 30 years, Dylan Carlson has occupied an unlikely dual role as a true vanguard of experimental music and an undisputed Lord of the Riff, garnering respect from outer-sound explorers and metal heshers in equal measure. You’d forgive a band whose early years were so intense for flaming out quickly, or for milking their notoriety on the nostalgia circuit. Neither of those scenarios has been the case for Earth.

Amid the chaos of the Seattle scene, Carlson was essentially inventing the drone/doom genre that bands like Sunn O))) and Boris would later expand on. He figured out a way to twist Tony Iommi’s amplifier worship into something with a dynamic spectrum so tight that the slightest deviations—a familiar riff coming back with its final note bent, a feedback squall that shatters a meditative drone, a cymbal hit that comes in a half-beat early—became seismic events. Reinvigorated by the addition of drummer Adrienne Davies in 2001, the band is making some of its finest work today, including the brilliant Full Upon Her Burning Lips. The album’s cover is a first for Earth—a portrait of Carlson and Davies in vivid close-up, both defiant, both still standing, all these years later.

Here’s a guide to a few of the most essential releases in Earth’s vast discography.

The seven songs that comprise A Bureaucratic Desire for Extra Capsular Extraction spent 20 years waiting to be reunited. Recorded in October 1990 as a debut full-length that never saw the light of day, the songs were parceled out across demos, EPs, and limited-edition records before finally being remastered and presented as a full album in 2010. It’s almost shocking how fully-formed the aesthetic of Earth’s first incarnation sounds on their earliest recordings. Carlson seems to have sprung from the womb capable of building towering drones out of detuned post-Master of Reality riffs. “Ouroboros Is Broken” is the obvious masterstroke here, an 18-minute treatise on heaviness that remains a staple of the band’s live set.

Hex; Or Printing in the Infernal Method

Following a series of essential ’90s albums that shaped the sound of drone metal as we know it, Earth went on hiatus. Carlson was in the throes of heroin addiction and dealing with the fallout from his friend Kurt Cobain’s death. Music was the last thing on his mind. The band rebooted in the early aughts, and 2005’s Hex LP was the first major document of their ongoing second era. The impossibly heavy guitar drones remained, but they were complemented by the genius feel of drummer Adrienne Davies, and Carlson’s country and Western influences started to come through more in the songs. Earth have always had an Ennio Morricone streak, but on Hex, he’s a spiritual ghost writer.

The Bees Made Honey in the Lion’s Skull

In 2008, Earth released what many consider their best album. The Bees Made Honey in the Lion’s Skull is the band at their most grandiose, taking inspiration from the Biblical story of Samson and Cormac McCarthy’s Blood Meridian and enlisting a crack team of collaborators to add new dimensions to their signature sound. Steve Moore—who releases music under the name “Stebmo” and has also performed extensively with Sunn O)))—splashes piano, Hammond, and Wurlitzer across the sonic canvas, and the legendary avant-garde guitarist Bill Frisell (of Naked City solos) with a controlled chaos that contrasts Carlson’s desert-rock drones brilliantly. The hypnotic riffs on the album double as hooks, too; good luck listening to “Rise to Glory” or “Miami Morning Coming Down II (Shine)” without getting them stuck in your head.

The vast majority of Earth’s music is fully instrumental, and when it does utilize vocals, it’s typically to add another sonic texture, not to shift the focal point of the song. Primitive and Deadly is the glaring exception. Fellow Seattle alt-rock hero Mark Lanegan of Screaming Trees brings his gravelly voice to the ominous tone poems “There Is a Serpent Coming” and “Rooks Across the Gate,” and Rose Windows belter Rabia Shaheen Qazi steals the show with her histrionic performance on album centerpiece “From the Zodiacal Light.” The remaining two songs are instrumental, and they make the case for Primitive and Deadly as the most metal Earth album. “Torn by the Fox of the Crescent Moon” is driven by a palm-muted riff that chugs forward like thrash played a quarter-speed, and “Even Hell Has Its Heroes” indulges in a 10-minute guitar solo.

The Bug vs. Earth – Concrete Desert

Here’s the album where Dylan Carlson renewed his experimental pioneer license. Concrete Desert is a collaboration between Earth and U.K. noise/dub/industrial artist The Bug. If that sounds like an odd fit, especially for the Western-obsessed Mark II version of Earth, then the project did its job. There’s room enough on Concrete Desert for The Bug and Earth to both sound like themselves, and also room enough for them to collide in unpredictable, thrillingly cacophonous ways. The best song here might be the JK Flesh-featuring bonus track “Dog,” which in an alternate timeline would have fueled the wildest raves of the early ’90s.

Full Upon Her Burning Lips

Full Upon Her Burning Lips, the latest Earth full-length, foregrounds the humanity of Carlson and Davies, both in its striking cover art and in the intimacy of its compositions. It retains the widescreen scope of the best Earth albums, but it also manages to make it feel like we’re in the room with the band while they’re tracking it. Musically, the stop-start dynamics of “The Colour of Poison” introduce a new wrinkle to the classic Earth sound, while the two 11-minute-plus tracks, “Datura’s Crimson Veils” and “She Rides an Air of Malevolence,” rival the most epic moments of the band’s career.