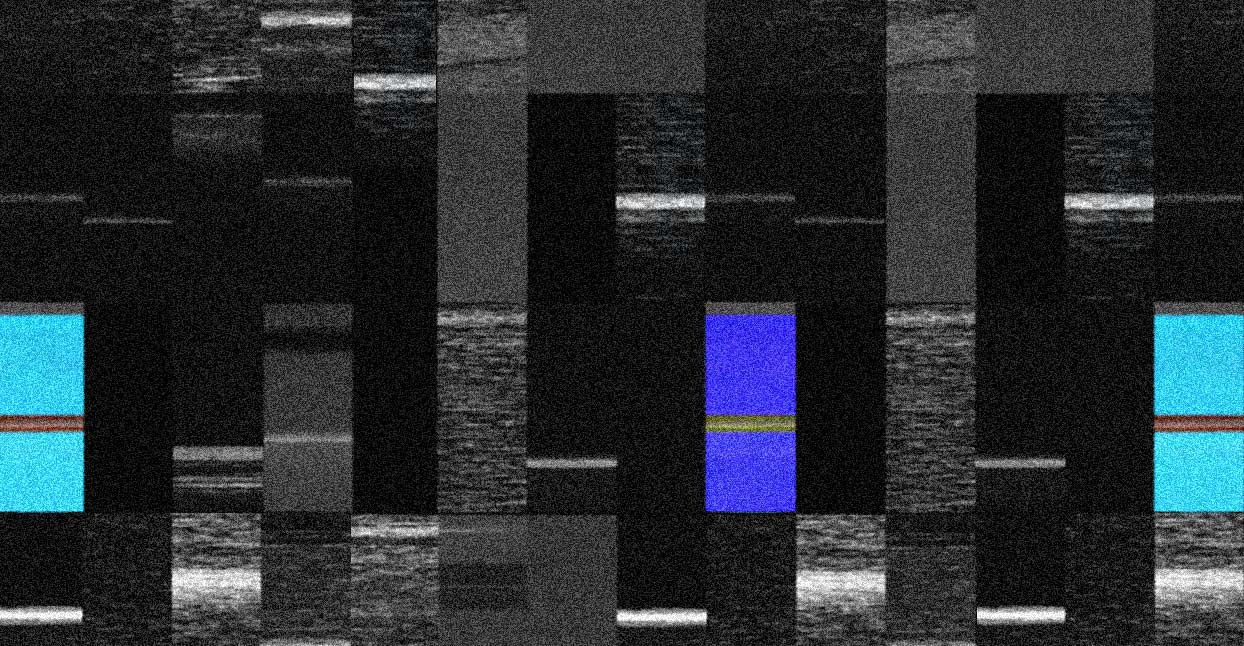 Of all the music that sprung from the explosion of techno and electro in 1980s Detroit, there is little that matches the scope and output of James Stinson and Gerald Donald’s project Drexciya. For one thing, they were more productive than many of their peers, releasing scores of albums, both as Drexciya and under other guises involving extra players and mysterious configurations. The pace of their output steadily increased until Stinson’s untimely passing in 2002; Donald has continued the work on his own ever since.

While it’s always immediately distinctive, Drexciya’s music is never static, and has evolved consistently throughout their careers. Comparing Stinson and Donald’s separate solo debuts from 1991 as Clarence G and Glass Domain, respectively, to their later projects reveals one of the most profound narratives of modern electronic music. If Detroit electro seemed to arrive fully formed in 1981 with Cybotron, Stinson and Donald were among the few to inspire its next leap forward, fusing it with wild strains of techno and outré experimental music and landing them on some of the most forward-thinking labels of the time—Underground Resistance, Warp, Rephlex, and many others.

If all this weren’t enough, the duo, with collaborators, created their own arcane myth of an undersea civilization descended from drowned slaves who were thrown overboard during the Middle Passage; their world is populated by futuristic warriors, fusing science fiction with marine biotechnology, and illustrated graphically on their many releases. In 1995, technological futurism and astrophysics began creeping into their work. While Stinson’s solo projects kept some of its focus on these themes, Donald developed them to extremes. He assumed a cyborg persona, referred to himself in the third person and pushed the limits of contemporary scientific and technologic knowledge from the 2000s onwards. His music, spread out across an ever-multiplying list of projects, incorporated yet unknown electronic developments, heady relativistic concepts, biotechnology, and more.

With decades of projects and collaborators and a catalog of bracing, at-times impenetrable music, the duo can be difficult to approach. A running reappraisal of their work, both independently and as Drexciya, has resulted in badly-needed reissues of many of their once unobtainable classics. Here, we present a selection of their highlights.

Not the actual beginning, but the beginning of Drexciya, covering their classic Underground Resistance-released material from 1992-1997 across UR, its sublabels, as well as rare EPs on Rephlex and Warp. Here, the catalog is arranged to create four discrete albums, with sketch-like unreleased tracks appearing on all volumes. Drexciya’s music originally emerged as a series of bizarrely sequenced EPs with skit-like interludes explaining their invented mythology; Clone straightens it out into something more easily understood by contemporary listeners who are looking for the musical narrative first. Essential in all four volumes, Deep Sea Dweller is full of definitive classics—high points of techno, electro, and IDM.

The first album-length project ever associated with Drexciya, originally released by Warp in 1995 and sounding appropriately IDM-y for that label and date. Its origins are notably confused—it was once rumored to be a wedding present from Donald to Stinson; Warp’s promo CDs credited the music to Stinson. The music sounds like both and neither. While there are obvious signifiers of the duo—the melodic keyboards could be no one but Stinson, the stiff robotic beats are characteristic of Donald—there’s also a complexity and sonic richness here that much of the extremely raw early Drexciya material lacks. If the rumor that Drexciya and Ultradyne, the other outward-bound Detroit electro duo of the era, collaborated on each others’ works is true, then perhaps Drexciya and Ultradyne are the four people on the album’s digitally altered cover art. The mystery only makes an already-thrilling album even moreso: highlights like “Stun Gun” and “Japanese Elecktronics” rank high in the duo’s collected works.

Clone Aqualung Series is a sublabel of Clone exclusively dedicated to digging up pieces of the Drexciya catalog, and Donald’s fractured 1991 debut as Glass Domain deserves attention. “Shatter Prone,” the longest track and by far the most straightforward, clocks in at barely three minutes; sitting next to fragmentary, bizarre experiments like “Hiccups” and “Fairy,” the last and shortest effort, “Interlock,” an homage to ‘80s vocal electro, is a high point.

Stinson’s mini-album as Lab Rat XL, released posthumously in 2003 by Clone, is a one-off project that is an important part of Drexciya’s seven-album Storms series. Long troubled by health issues that forced pauses in their work, Stinson undoubtedly knew he was dying and rushed out masterpieces in a race against time. This is one of his heaviest, most industrial efforts, with his striking Detroit melodicism integrated with dark, bleep-driven, ultramodern techno and electro—a bracing update of his sound. One can only imagine where he might have gone from here.

Finding an entry point into the vast later catalog of Gerald Donald is difficult. There is a massive number of similar projects, many in collaboration with various female vocalists, scattered across multiple labels. Originally issued on his own Dataphysix Engineering, Gesamtkunstwerk collects the bulk of Donald’s earliest solo material, with its tricky thematic content of science fiction concepts and sexual obsessions tied to some of the most upfront, banging productions of his entire career. A record that presaged electroclash before there was a name for it, this is dirty, raw Detroit electro from a master of the form.

Frustrated Funk is an important source of highly original electro and IDM since 2002, home to Donald and many other important acts. And while we certainly recommend Der Zyklus’ 2004, ultra-experimental Biometry album—originally released on the legendary Djax-Up-Beats label and later reissued by Clone Aqualung Series—Cherenkov Radiation finds Donald at his slow, dark, and atmospheric best. Der Zyklus is one of his earliest, longest-running projects; it began in 1998 and was most recently spotted in 2015.

Berlin’s Leisure System has, since 2014, been one of the main outlets releasing Gerald Donald, and they’ve done it by reviving Dopplereffekt, his single most famous project, next to Drexciya and Arpanet. On the recent Athanatos EP, Donald reverted to a more recognizable electro style, including a spellbinding vocal track featuring IDM legends Alva Noto and Byetone. Cellular Automata is more representative of his recent music, a full album of pure sound art and ice-cold ambience with a distant memory of electro lurking underneath.