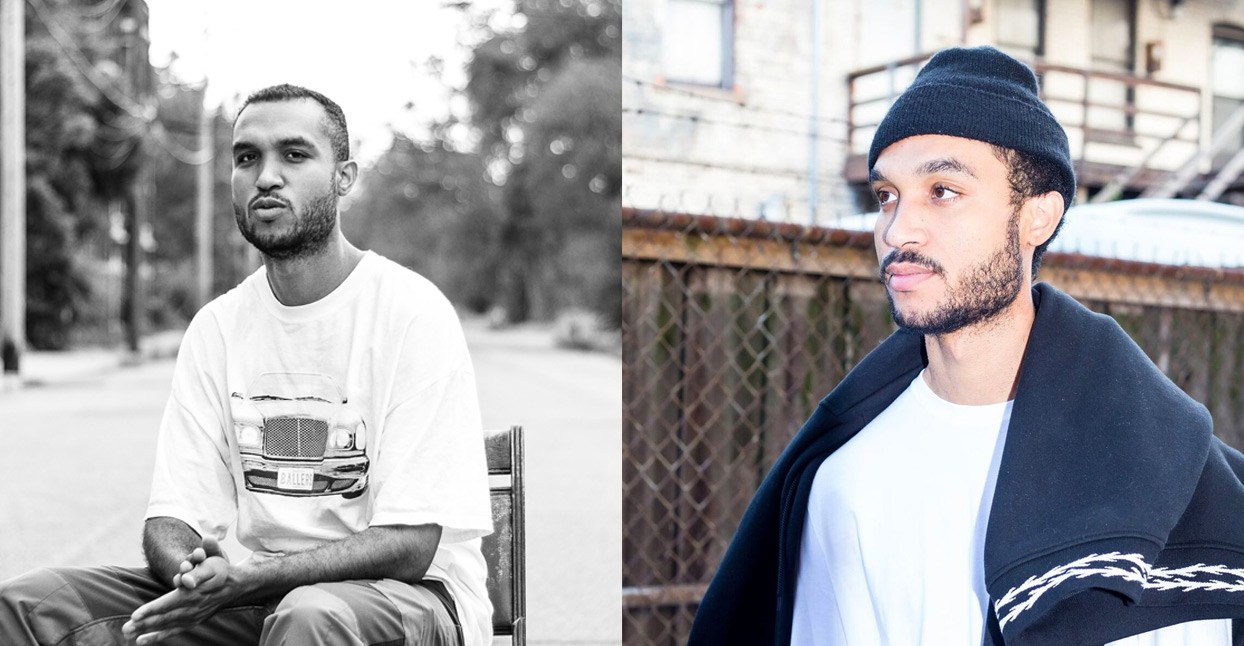 Rob Mansel, aka Black Noi$e, says he’ll never leave Detroit. It’s not for lack of opportunity—he’s about to join a crew of up-and-coming rappers and producers who span both coasts for a two-month tour with Earl Sweatshirt. But it lends an extra level of commitment that Mansel waxes poetic about the Motor City while hunkered down next to a space heater in the middle of a polar vortex, his plastic-wrapped windows barely keeping out negative 20-degree weather.

“Everyone is always like, ‘You need to come to New York.’ I’m like, ‘I’ll come visit y’all. I’m going to stay here though,’” Mansel says.

Detroit incubated the 29-year-old producer in a world of musical collaborators that cover styles like footwork, trap, and hardcore. Despite his diverse influences, over the past two years Mansel has gravitated toward two pillars of Detroit musical history: Dilla-influenced hip-hop, and techno. He’s released a loping, soulful album with Navy Blue; amassed production credits with Tripp Jones, Remy Banks, Vinny Fanta, and ZelooperZ; he started hosting a radio show with Skywlkr; and released two records that play with the sound palette of Detroit techno.

For the moment, the production credit that stands out is “The Mint,” Mansel’s track on Earl Sweatshirt’s recent album Some Rap Songs, which attracted attention in part for its glitchy soul sampling. But that album’s left-field production didn’t emerge from a vacuum—it shone a spotlight on a sound that has been simmering on the margins for a while. Mansel is part of the group of emerging rappers like Bronx native MIKE and fellow Earl collaborator Navy Blue, who have been taking a more textural approach to production and have a melancholy, spiritual take on lyricism.

“I definitely feel like it’s—I don’t want to say a wave—but it’s definitely a growth, adding onto the history, really,” says Mansel. “[Rap] had to go somewhere. There had to be some sort of underground movement that changed the landscape in general.”

As a producer, Mansel is one of several in the hip-hop community concerned with the art of how to push the soul-flip style forward. His discography manifests his experimental approach in a number of ways: spontaneity, an embrace of the idiosyncrasies of software, and a tendency to fuse styles together.

Below is a short guide to Black Noi$e’s production work.

Mansel’s latest release, which came out last November, veers between soft, melancholy house grooves and rhythmically dense, 808-centric techno. The album is a collection of songs that came together from material he had been working on over the course of the last four years. Mansel had been working on house and techno music as almost a side project before Vanity Press, an Ann Arbor-based dance label, asked if he wanted to release some of it with them.

Mansel combined forces with Brooklyn-based producer NOLIFE to supply beats on the latest album from Queens rap collective World’s Fair. After Fool’s Gold greenlit the record, Mansel began flying back and forth from Detroit to New York to work on the project over a two-year period.

Mansel said that the vibe for the album gelled early on in the production process, when he and NOLIFE produced the dance-influenced “Elvis’ Flowers (on my grave).” The song is propelled by a jungle break that spasmodically bursts over bars that careen from Nasty Nigel’s amphetamine-laced delivery to Remy Banks’s lethargic comedown.

Mansel’s collaboration with Navy Blue, aka Sage Elsesser, on Soul Golden is an important predecessor to the soft-spoken poetry and dusty, unquantized production that is their work on Some Rap Songs.

Mansel met Elsesser—more widely known as a pro skater and a Supreme model—on his first tour with Earl Sweatshirt, as a DJ for Remy Banks, several years ago. Mansel says the album was spontaneous. Elsesser flew Mansel up to New York to DJ a release party for his signature skate shoe. The album came together during a burst of creativity over the two days that Mansel was staying on Elsesser’s couch. The vocals, which just barely hover over Mansel’s expressive soul cuts, were recorded on an iPhone.

“By the end of the weekend, we had 10 songs and I was like, ‘Yo, I think we just did something,’” Mansel says.

In 2011, when Death Grips delighted fans by dropping all the stems and a capellas from the prior year’s breakthrough release Exmilitary, Mansel and fellow Detroit native Skywlkr got to work on what ended up being a full 10-song remix album. Mansel has known Skywlkr since his days cutting his teeth in hardcore bands through Michigan’s VFW Hall scene in the early aughts. In addition to hosting DM Nation, a Red Bull radio show named after Young King Dave’s (R.I.P.) invitation to “hit his DMs,” the two of them produce regularly for the Bruiser Brigade, the squad of rappers and producers affiliated with Danny Brown.