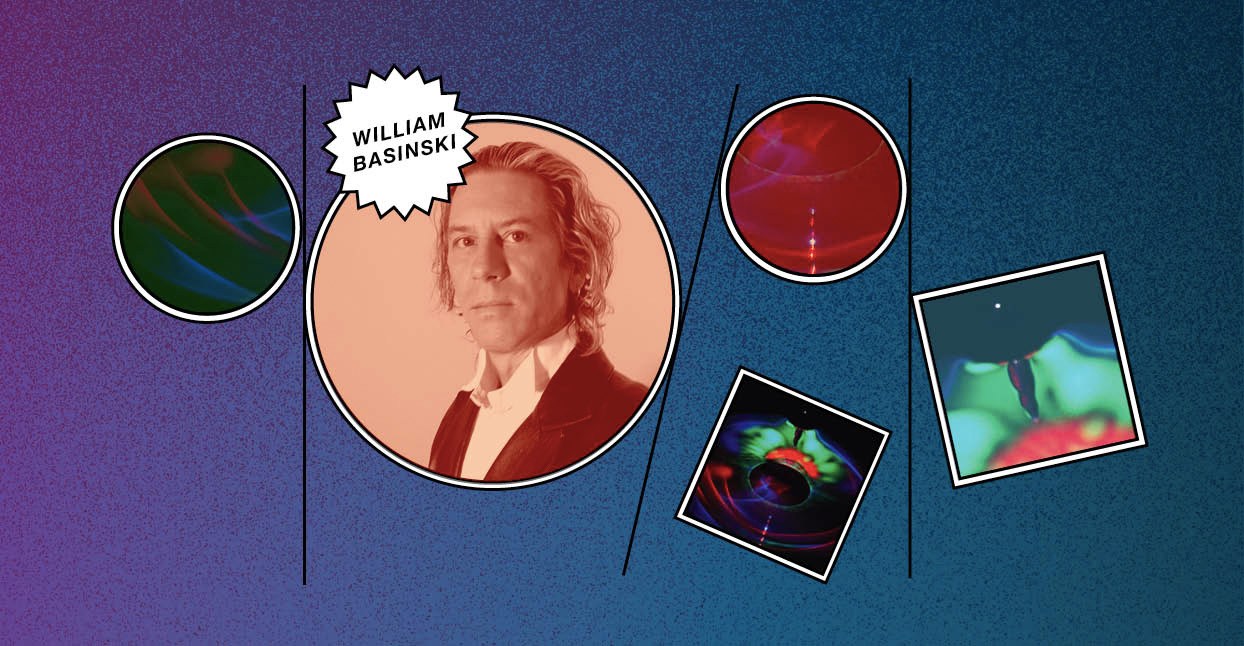 September 11, 2001 may be a hackneyed jumping-off point for personal biographical change, but it really was a pivotal day for avant-garde composer William Basinski. When he awoke that morning, broke and worrying about an eviction notice, he was all set to go interview for a job at the World Trade Center. Instead, he watched the towers collapse from his Brooklyn apartment. The music that he was working on that very day would become his breakthrough moment, too. The Disintegration Loops was a watershed release that captured the real-time decay of his old tape loops being digitized, subsequently taking new sonic forms while inadvertently soundtracking the horrors of 9/11 (photos he took from his apartment that day are the covers for each of the four volumes).

On paper, Basinski’s musical career had begun a few years before, in 1997, when he released his debut album Shortwavemusic. The record consisted of five recordings that melded tape loops and shortwave radio experimentation to form a potent, eerie, and elegiac take on ambient music. But those recordings had actually been made way back in 1982, and were part of an already extensive personal archive Basinski had built. Shortwavemusic laid an important foundation for his future endeavors and releases, as his archive became a unique, fertile and often transformative place to pluck music from, allowing him to explore themes of time and place.

Originally from Texas, where he featured in school jazz and marching bands before studying composition at Texas University, Basinski moved to New York in 1980 in the wake of the minimalism and downtown art scene boom. Emboldened by the adventurous work of John Cage, Steve Reich, and Brian Eno, he began to experiment more with his own music. He kicked around in a few bands (once opening for David Bowie playing sax in a rockabilly outfit called the Rockats) and produced a few others — including lending a helping hand with Anohni’s first demo — but his own music remained largely unheard and unknown.

Since the early 2000s, though, largely propelled by the success of The Disintegration Loops, which received Best New Music from Pitchfork in 2004 and which Basinski performed at the Metropolitan Museum of Art on September 11, 2011, he has remained a revered and prolific producer, releasing over 20 studio albums of both new and old material, positioning himself as a modern innovator in the world of experimental ambient music. Below, we highlight some key releases.

As a fan of Muzak (a consciously-generic form of background tunes associated with retail storefronts and elevator music) Basinski enjoyed experimenting with the sounds he found on radio stations playing the stuff. He would collect samples, slow them down, loop them and generally transform something that was created purely to be incidental into something that contained purpose.  “When you slowed it down, like looking into a microscope, there’s this huge well of melancholy there,” he would later say of his fondness for Muzak.

His debut release combined this “well of melancholy” from Muzak samples with hisses of shortwave radio. At the time, in 1982, he managed to pass on a cassette of this album to his idol Bowie but it would be 15 years before it was released as a vinyl-only pressing on German label Raster-Noton. The result is loosely ambient, but there’s a surface grain that comes from the shortwave tones that adds a prickliness and bite. The recordings never dissolve into easy listening territory; instead, Basinski allows these metamorphosed recordings to take new shape, tracing a journey from forgettable background noise to music that demands attention.

A landmark release in so many ways—this was the four-album collection that propelled Basinski out of the shadows, taking him from a typical outsider oddball making tape loop experiments at home to a heavyweight in the world of underground music. While digitizing some old tape loops from the ‘80s, Basinski noticed the old tape was literally crumbling throughout the process; having sat in decay for years on end, his compositions were, at last, disintegrating in real time. This studio development drastically changed the tone and texture of what was being captured, allowing Basinski to exploring the duality and dichotomy of old music dying and new music being born from its demise.

Couple this with it being finished around the time of the September 11 attacks, with Basinski literally watching the buildings collapse and the aftermath follow while this music played, and you have the makings of something as poignant as it is inimitable. The music became something of a eulogy; with each of the four albums featuring photographs he took of the struck buildings from his rooftop. The music captures the essence of destruction, disintegration and despair on a deep-rooted and multifaceted level. It stands as a stirring metaphor for life and death, a recurring theme throughout the album’s nearly five-hour runtime . The breadth, depth and magnitude of the recordings allow for the kind of deep listening and introspective contemplation that can result in the listener feeling like they have also undergone profound change.

Variations for Piano and Tape

Another archive release originally recorded in the early 1980s, this is some of Basinski’s most distinctly melodic work. The single track “Variation #9: Pantelleria” makes up the 44 minutes of this release, which is centered around a looped piano part. At some point during Basinski’s recording process, the loop slipped along the tape head, a mishap that imbued the resultant mix with numerous gaps, wonky pitch-shifts, and crying echoes courtesy of the copious tape bleed. Occasionally, the piano lines become submerged under the whirring drone of the tape machine as though they are slowly disappearing—a corpse drifting out to sea—but it remains gently omnipresent until the track’s final seconds. Variations’s use of sweet looping piano is arguably Basinski’s most obvious nod to Eno’s early ambient works.

Another collection of music recorded in 1982; this batch was released in 2009. Time, and what impact it has on the role, function, and presence of music, is obviously at the core of much of Basinski’s work. While this often results in the celebration of decay, loss and transformation in his pieces, it can also create an almost disturbing eternal quality to his work—something free of a time and place, an embrace of liminality. The way the slowly moving loops, drones and echoes unfurl here is almost aquatic in its flow, like gently rippling water lapping at the shore. This is music that moves constantly, prone to unpredictable tangents.

There’s often a palpable sense of emotion at the heart of Basinski’s work, a deep richness and warmth, and this feels plentiful here. It was created at the New York loft space Basinski lived in and called the Music Laboratories, and includes audio captures of that space—helicopters fly past the windows, and one can hear the churn and hustle of the streets. The album’s title, denoting the date of its creation, may seem clinical and precise, but the music contained within it is rich with ambiguity, mystery, and memory.

Basinski himself describes this album on his Bandcamp page as being “my music of the spheres:” a reference to musica universalis, the ancient philosophical concept of the sun, moon and planets moving to form a type of harmonic, yet inaudible, music.  On a more practical level, these two 45-minute pieces are the result of Basinski trying to create his own version of a mellotron. He uses recordings of music, found sounds, and tape loops to act as keys to be triggered and played.

It’s a dense, immersive voyage that possesses both fragility and a booming, mildly frightening presence. Foghorn-like swells of sound blast over the hisses, echoes and loops like creatures appearing from the night. Despite Basinski’s experimentations with form and format, his work usually comes out feeling distinctly musical; while this release possesses many of those attributes, it’s one of the releases that often leans more towards cinematic sound design in its overall feel.

Initially released shortly after the success of The Disintegration Loops, Melancholia is yet another record culled from Basinski’s 1980s archive. Where the scope of The Disintegration Loops was spread out over four albums, this is a more streamlined and focused release. The 14 tracks play out like vignettes, with several tracks barely scraping past the one-minute mark. However, there’s density and span that may be seemingly lost on surface inspection. Each track contains delicate, tender micro-details informed by the album’s eponymous mood, namely the buried piano parts: tragic, beautiful melodies that sound like they are dissolving into another dimension.

A Shadow in Time

This 2017 release is a distinctly new piece of work, and a two-part elegy. “For David Robert Jones” was written just weeks after David Bowie’s death, indicating how foundational he was to Basinski’s world. There are no covers here, no obvious nods—instead, it’s a soft, plaintive tape loop spliced together with ghostly sax parts. The opening track, composed on Basinski’s often-used Voyetra 8 synthesizer, was a far less immediate response; it took him a year to finish. It is also dedicated to a friend that took their own life. There are melancholic edges aplenty, but amid the mournful tones and sustained sobriety there’s a quietly stirring beauty that evokes hope as much as it does loss.