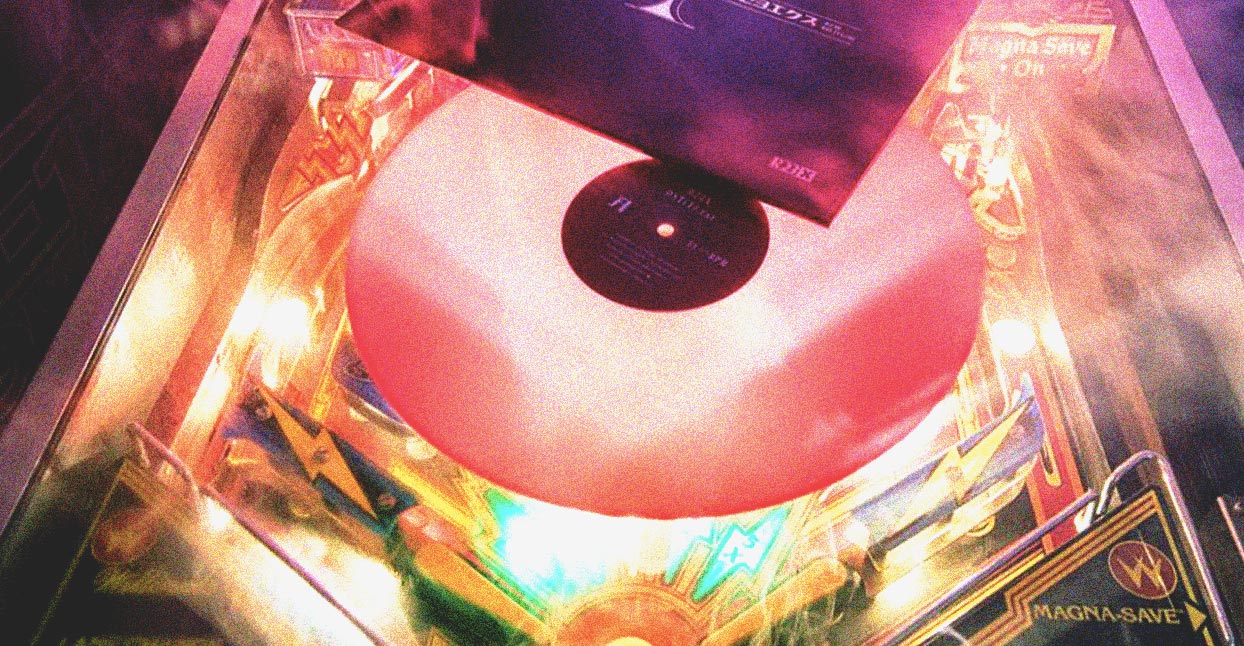 The astronomical success of titles like Celeste, Dead Cells, and Untitled Goose Game, the prominence of DIY-enabling platforms like Steam and Kickstarter, the rise of streaming—if ever there existed such a thing as a golden era of indie gaming, we’re living smack-dab in the middle of it. Perhaps a little ironically, one of the key factors powering the furor lies not in games themselves, but their soundtracks; there’s Lena Raine’s rise to fame post-Celeste, and Toby Fox’s omnipresent Undertale score, which has appeared in nationally-televised wrestling events and highly-popular Nintendo Switch games. With every new indie darling comes the opportunity for a significant musical find, enjoyable to players and non-players alike.

That’s where Marc Junker comes in.

As the driving force behind Yetee Records—a Chicago-based label specializing in physical reissues of new and rare video game soundtracks, as well as original material by video game-adjacent artists, himself included—he’s made it his mission to translate the magic of indie gaming into collectible media. Eye-catching releases include, but are not limited to, an Octodad 7″ branded with the titular mollusk’s goofy face, Jonathan Greer’s Owlboy score pressed to handsome white/blue vinyl, a plushie created in the likeness of nerdy a capella artist Smooth McGroove, a cassette from his “VGM vaporwave” project R23X, packaged alongside a limited-edition, vaporwave-inspired coffee; and more. And Junker never stops plotting; he’s eyeing mini-disks as the label’s next frontier, and dreams of releasing an album via Amiibo, Nintendo’s toys-to-life platform.

“One of the coolest things about Yetee is that, every day, we’re presented with a new game with sick art direction,” Junker explains over the phone from his home in Vancouver (he goes back and forth a lot). “You can have something that’s a really faithful NES re-creation, or you could have something that’s all-over-the-map maximalist, or you could have something with realistic 3D…You have these different blends of inspiration, so when we decide to press a soundtrack or album, we do vinyl and digital, but we’re also thinking, “Oh, this could be a cassette exclusive, or a mini-disk, or a coffee.”

Junker fell in love with video game music the same way most thirtysomething nerds did: playing Super Mario RPG on the SNES for hours on end. “I think that, at a young age, playing a JRPG feels like reading a trilogy of thick novels, because you’re stumbling through it, and you’re listening to the music looping, which is not ever going to happen in a cartoon or film unless your DVD is skipping,” he says with a laugh.

A lifelong musician reared by an audiophile household with esoteric tastes and high-tech listening equipment (“Growing up, we’d listen to live recordings of Mongolian throat singers”), he worked as a graphic designer and scorer throughout the aughts and early ’10s before landing a job at The Yetee, a video-game clothing and merchandise site known for its daily-rotating t-shirt selection (think Threadless, but geekier). Together with the company’s owners, Glen O’Neill and Mike Mancuso, he co-founded Yetee Records in 2014 as a way to live the dream of pressing music they loved, while simultaneously meeting customer demand.

Video game scores are, by most people’s standards, a form of background music; excepting titles like Rock Band and Dance Dance Revolution, they exist to accentuate the action unfolding onscreen, not upstage it. As such, the whole concept of a video game music LP or cassette might scan as a paradox to some—but the way Junker sees things, the possibilities for enjoyment are multifold. “You’ve got the accompaniment to the game as a soundtrack; you’re listening to it and you’re like, I love this game, this is bringing me right back in there; the music stuck with me, and I want to re-listen to this. Then, you have this rich history of aural aesthetics, from Atari to classic Gameboy chiptune to Sega Genesis…so someone who is aware of that, or discovering it for the first time can enjoy it, even if they haven’t played the game in question.”

To that end, Junker adds, video games don’t just embody a form of entertainment, but a distinct cultural and musical language—a lexicon that’s sure to become more ubiquitous with time. “On some level, I see this stuff coming out—a video game, an animated TV show on Netflix—and I think, “Oh, that person also grew up watching Miyazaki and playing Final Fantasy, and now they’re sick at 3D rendering…we can do similar things in our own pool of talents, and what we’re working with,” he says excitedly. “We’re living in a great time for great stuff.”