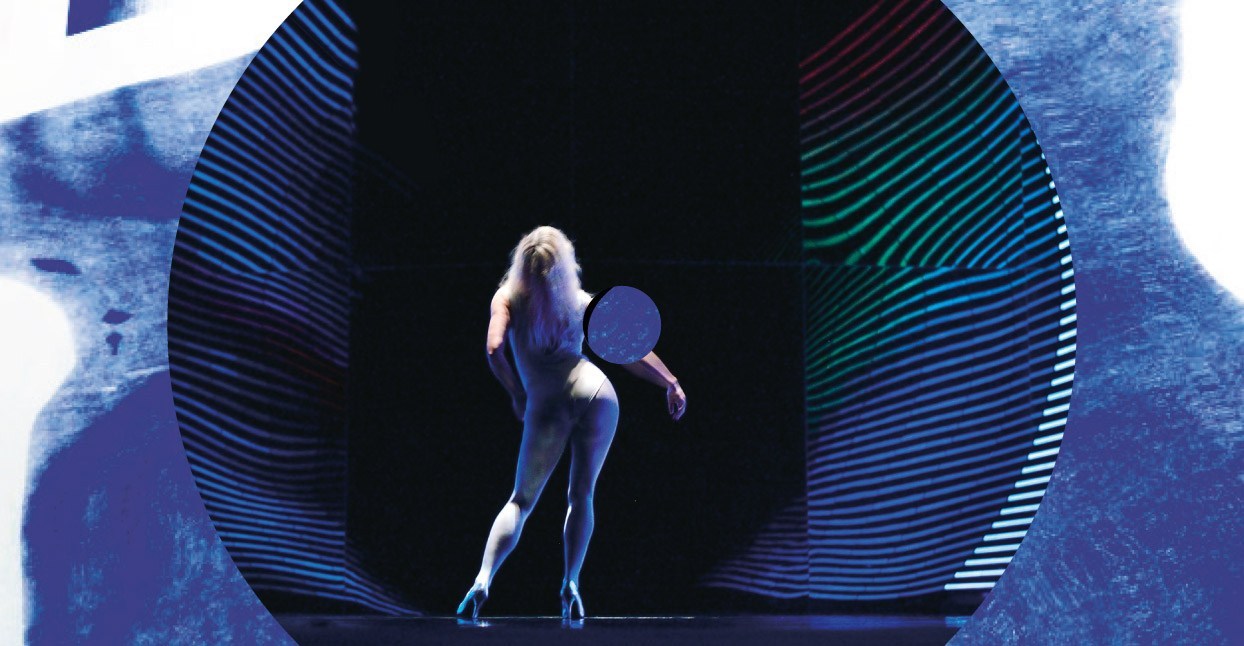 “Releasing something that couldn’t exist without us—that’s why we continue,” says Bartolomé Sanson, who co-runs the Shelter Press label with ambient ASMR auteur Félicia Atkinson. Seven years in, there’s already plenty that wouldn’t exist without them: career-defining LPs by Atkinson, Sunn O)))’s Stephen O’Malley, and jazz savant Eli Keszler. There are also art exhibitions staged in geodesic domes, queer sci-fi novellas, and a creative manifesto penned by a who’s who of the experimental music pantheon including Atkinson, Drew Daniel of Matmos, Jim O’Rourke, and more.

Neither Sanson nor Atkinson were strangers to the arthouse scene when they joined forces back in 2012. In a past life, Sanson commandeered Kaugummi, a micro press that specialized in flash runs of Xeroxed, black-and-white zines; Atkinson was chiseling vivid soundscapes under the moniker Je Suis Le Petit Chevalier.

“Meeting Félicia opened many worlds for me, and quickly made me realize that it was time to stop Kaugummi and think of a new imprint we could run together,” Sanson says. “Something with a wider publishing program, that could release music and art as one gesture.”

When Shelter’s output began, Sanson says it was “maybe a bit random in a good way.” But eventually, it became more focused and adventurous, defying description and expectation in equal measure, hopscotching from ultra heady art books to barebones drum machine sketches and back again. Seven years and over a hundred titles since its founding, Shelter’s edict is less a commitment to genre and more of a creative philosophy: Abstract the fine points and broad strokes beyond recognition.

“I really like the idea of seeing Shelter Press evolving over the years,” Sanson says. “Not burning bridges and erasing the past, but more like doing circles or loops, or taking detours, trying new things.”

Below are some of Shelter’s most essential releases, the bridges they have built over the course of seven years.

Sanson considers this split LP between Yellow Swans’ Pete Swanson and scorched noise slinger Rene Hell (Kosmische) Shelter’s perfect foray into the world. Initially self-released in a micro batch during Swanson and Hell’s 2010 collaborative tour, the record went on to recieve a second pressing two years later. Opening with Swanson’s trademark cavalcade of static, the four-track LP grows more voluminous as Hell wriggles into the driver’s seat, gradually introducing chirping tones, sky-high arpeggios, and glimmering noise. Like all of Shelter’s releases, Waiting For The Ladies builds a world that, just as you start to fall into its rhythm, swiftly throws you back into the lurch.

The first outlet for Félicia Atkinson’s spectral sound collages, Je Suis Le Petit Chevalier (French for “I am the little knight”) finds inspiration in nature and landscape. The shivering, two-track exegesis on the Amish community conjures Wisconsin pastures and Indian summers with a low rumble that sounds like the murmurs of an impending storm. Chaos and calm operate in tandem: Atkinson’s far-off vocals and her beatific electronics provide serenity, while the ominous, slow-building bass tones erect a spooky haunted house.

The Sunn O))) mastermind’s synth-driven endeavor marks what Sanson refers to as a new chapter for Shelter, when he and Atkinson decamped to the Alps for a self-imposed creative residency. “The idea was maybe to go back to smaller forms, get more freedom in the production process,” Sanson says. “This period is a moment where our mission statement started to shift to something more curated, less impulsive in the way we choose the people we decided to work with.”

On Eternelle Idole, a score for an ice-skating piece choreographed by Gisèle Vienne, O’Malley dials down the volume and amps up the experimental zeal. Using clavichord, subcutaneous bass tones, and the vocals of Jesse Sykes, the piece sprawls out across a rumbling, beatific near-hour. Eerie organs, icy piano, and whispering vocals combine to create a mounting sense of unease.

Voyage Sacrifice, by the acid-dronelord Maxime Primault, takes a journey through the noxious depths of noise, creating symphonies from white-knuckled knob-twiddling, muffled bells, and hiccuping static and feedback. Occasionally, a distorted, deep-bass voice rises from the noise to issue ominous proclamations. The album’s sinister mood is bolstered by Primault’s artist statement: “I handled the sacrifice; the voyage is yours.” The voyage proves equal parts freeing and terrifying: part Rorschach test, part sonic refraction, all relentless.

Eli Keszler is a frenetic drummer whose music mines the avant corners of jazz, techno, and muzak. His compulsory “moved to New York” record, Stadium is an exercise in utilitarianism as much as sonics; Keszler adopts a tip-to-tail philosophy when it comes to his instrument, wringing every sound from the kit, from sticks and skins to rims and drum stands. On tracks like the scurrying “Lotus Awnings,” soft pulses of synth materialize and vanish between the skittering rhythms. Dialing into the minutiae that’s often gobbled up by his mammoth experiments in sound and architecture, Keszler builds a soundtrack for the modern world one frenzied fill at a time.

As part of the electro-noise duo Yellow Swans, Gabriel Saloman has built a career on compositions that gnash and growl. With the Movement Building series, Saloman tightens his reins, opting for tinnitus-inducing shrieks (“Ear Piercer”), balmy gagaku assemblages, and battlefield percussion (“What Belongs To The Fire”). Saloman’s leviathan arrangements, which often clock in at two hours or more, often toy with tension, pitting pulsating synths against heavy backbeats and searing strings for maximum catharsis.

A prime example of Shelter’s multidisciplinary artistic philosophy, this collaboration between ambient architects Christina Vantzou (CV) and John Also Bennett (JAB) and Paris-based artist Zin Taylor blurs the lines between art and artist, inspiration and creation. Inspired by a 90-meter mural etched by Taylor, CV and JAB respond to Taylor’s sweeping lines, plumes of smoke, and rolling arcs with this 40-minute live performance. Each of the album’s 10 tracks corresponds to a unique visual vignette, each piece serves as an essential element of a sprawling narrative. Tones rise and fall, piano twinkles, and electronics exhale slow, mournful melodies.

Hand In Hand is not only what Sanson considers to be a gateway release for Shelter, but it also bisects the label’s 2012-2016 chapter, “A period of great acceleration and momentum, focusing mainly on the record label and putting a bit aside the publishing house, reaching a point where it feels sometime now like we are running two different companies sharing the same name.”

Recorded in Brittany while Atkinson was sequestered during a snowstorm, Hand In Hand is a record born of the delirium of isolation, a product of both literal and figurative darkness. The modular and the MIDI coalesce into rippling tics and drones, demonstrating Atkinson’s prowess as a collagist and composter. Like Robert Ashley with a French tongue and a hunger for desert days, Atkinson grazes her teeth across your ear, inviting you into her world of white sands and sonic labyrinths.