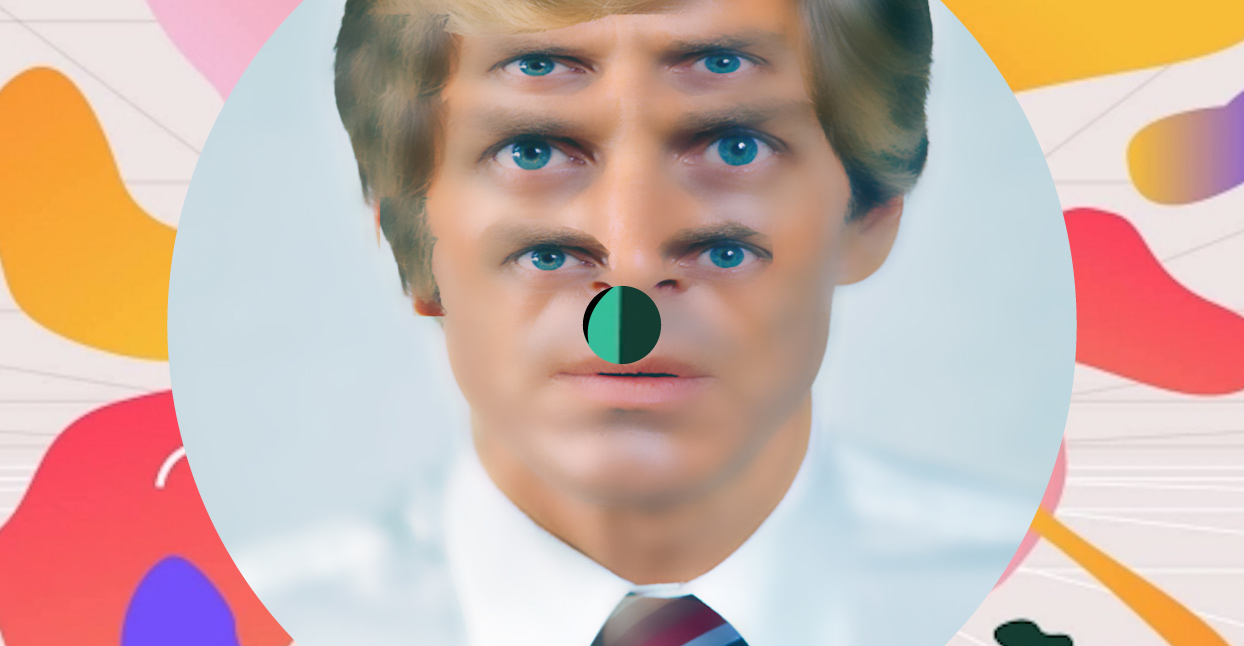 To call Nein Records prolific would be a serious understatement. In 2018, its fifth anniversary year, the U.K.-based label released 48 singles, two full-length albums, and two compilations. As for everything Nein has put into the world since its inception, label head Neil Parnell, aka Tronik Youth, says he’ll be working on a full tally of that early in the new year. That’s in addition to rolling out their 2019 releases, which began on January 4 with Stockholm Syndrome’s new single, “Lies.” Parnell estimates that he has already planned for the first six months of the year.

The label’s 2017 compilation, Techno But Not Techno, provides a loose definition of Nein’s sonic aesthetic. Much of its output can be broadly labelled as, well, techno, insofar that it represents the logical progression of the genre that was innovated in 1980s Detroit and blossomed into a worldwide underground—but a simple descriptor like that only goes so far. Rather, Nein artists take established sounds—techno, EBM, and new beat—and filter them through a global array of influences, such as darkwave, Italo disco, and psychedelic pop. The resultant vibe is diverse and dark.

Parnell has been DJing off and on as a hobby since the late 1980s. He’s been through a lot of different phases of dance music, from acid house to indie dance. He first thought about starting a label in the mid-2000s while he was working with U.K. label Back Yard, which released music from artists like The Gossip and Chromeo. The opportunity, though, didn’t come until later when he joined forces with pal Ian Considine. “We kind of went a bit crazy the first two years, released a lot of stuff,” says Parnell. Since then, he says, Considine has become “like a silent partner,” and Parnell has taken on the regular responsibilities of the label. Still, he’s kept up a steady output of new releases from artists based in Mexico, Lithuania, China, and others.

Nein is still a young label, but it has already worked with stalwarts of the dance world: Mexican techno team Zombies In Miami released a remix of Roe Deers’s track “Talk to Shaboo”; Curses, the poular American dark synth artist based in Berlin, released his Practise Makes Perfekt EP; and more recently, rising stars like Alejandro Molinari and Ali X x Ximena have been dropping tracks and remixes on the label as well.

Parnell—who is based in the U.K., but spends a lot of time in Germany and Mexico—says he recruits new signees through his personal network of DJs and producers. “A lot of the people who are signed are friends of people who are already signed,” he says. He doesn’t adhere to specific genres of electronic music for releases, but does find a certain sound dominates the label: “Everything we release has an underpinning element, sort of a dark energy to it,” he says.

Here’s an introduction to seven Nein Records artists to get you started.

Parnell notes that, while Nein was founded in part to release his own work, running a label leaves little time to make music. However, he remains an active producer and remixer, and his sound changes with the times. More recently, Parnell has renewed his own interest in breakbeat (“Kid in their mid-20s, they’ve never really heard it,” he says) and has incorporated the sound, last popular in the club scene during the ’90s rave heyday, into his recent work. You can hear the influence on his remixes of Stockholm Syndrome’s single “Lies” and Zakmina’s track “Burnout,” as well as on his own single “Dark Shadows.” He uses a subtle touch and a contemporary sensibility, though, never letting the tracks sound too retro.

Parnell says that Mexico City-based Ali X x Ximena came to him with a lot of demos, which they narrowed down to three Nein releases in 2018. The duo is comprised of Ali X, originally from Toronto, Canada and formerly of Azari & III (as Alixander III), and Ximena, a DJ and event organizer. Together they create a vibe that’s similar to what artists like Dopplereffekt, ADULT., and Miss Kittin & The Hacker did in the late ’90s and early ’00s. They’re rooted in techno, but have a knack for melody and vocal hooks that can make them a gateway into the genre for those who are otherwise unfamiliar with it. “Pachanga,” a collaboration with labelmate, Tkuz, is an example of that. Its rhythm is an immediate hip-shaker, but it also has a melody sticky enough to remain in your head well after the party is over.

Berlin-based Alejandro Molinari, who is originally from Venezuela and also spent time living in Mexico, is an incredibly versatile artist with a sound that can’t be confined to a specific genre. Molinari’s productions frequently bring together various Latin American rhythmic influences, fusing it with techno, EBM, and the occasional nod to krautrock-style psychedelia. Check out “Discoteca Mexicana,” released on Techno But Not Techno, as well as on Molinari’s Gargantua EP. In addition to his solo work, Molinari is also half of the duo Fugitiv, whose single “Compoforest” came out on Nein in 2018.

Lithuanian producer Liudas Lazauskas, known as Roe Deers, has a knack for crafting tracks with a cinematic vibe that straddle techno and synthwave. Take “Bells of Hell” as an example. Deers builds a clanking rhythm, industrial in the sense that it sounds as if it’s emanating from a factory, slowly before introducing eerie chimes. It’s never too much—he knows how to let tracks breathe—but it’s just enough to sound like he’s dancing towards doom.

From Belgian new beat to Italo disco, hints of the ’80s pepper Zakmina’s eclectic productions. The Lithuanian producer’s work so far has ranged from smooth, mellow synthpop on Raganeliu Pasaka, to a Dead Can Dance-goes-disco vibe on “Shaman Theme Song,” to the EBM/Italo disco/’80s film score hybrid “Born.” On New Year’s Eve, Nein dropped a collection of remixes of these jams, where Roe Deers distills “Shaman Theme Song” to its psychedelic essence, and Alejandro Molinari intensifies “Born” with big, rolling drums.

Tiempo de Maldad debuted in March 2018 with a self-titled EP that displayed an infectious slow groove with the slinky, space funk of “Baila la Maldad.” The Mexico City-based producer released a stellar follow-up later in the year with “Soufi.” On the title track, Tiempo de Maldad takes Middle Eastern folk influences out of the realm of deep house and into a funky, new beat-inflected landscape. The killer cut, though, is the Colossio Acido Latino remix. Here, Mexican producer Colossio accents the rhythm and adds some spooky, psychedelic synth flourishes for an effect that bridges Middle Eastern and Latin American sounds, while fusing the past to the present.

Man2.0 (Mark Bailey) might be the most straight-forward techno artist affiliated with Nein Records, but he still has the “dark energy” that Parnell says fills the Nein catalog. On his Plan Your Journey EP, the British producer peppers tracks with high-pitched electronic noises that are as captivating as they are unnerving. On his remix of Steady State’s track “Love Light Knowledge,” Man2.0 ups the rave flourishes while adding ghostly echoes, as if techno’s past is lovingly haunting the track.