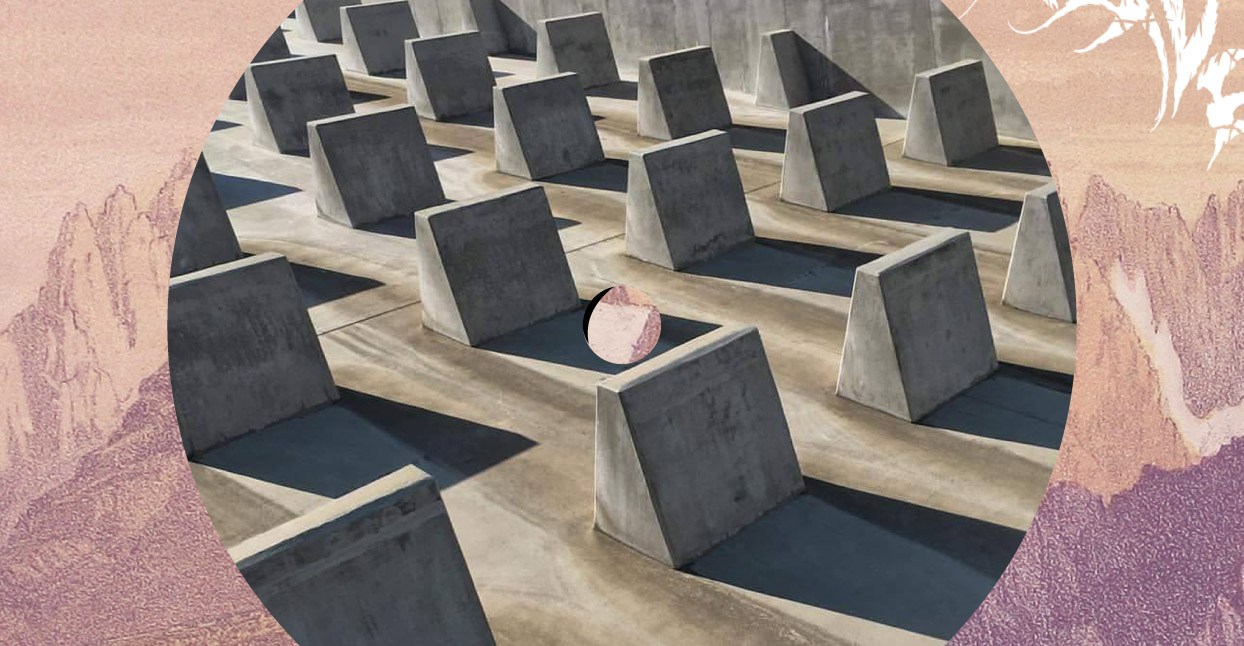 Durango, Colorado—a college town with fewer than 20,000 year-long residents—is hardly the place that Dylan Rupe or Cooper Stapleton expected to meet a kindred spirit with a shared interest in music, aesthetics, philosophy, and ethics. But that’s exactly what happened in 2014, when Rupe and Stapleton, at the time both students at Fort Lewis College, met via the school’s radio station KDUR. Stapleton hosted a KDUR radio show named The Heaviest Matter in the Universe, while Rupe’s show was titled For Wilderness. The names of both programs hint at the future direction the pair would take with their two-person operation, A Moment Of Clarity Recordings. “In Durango, there are about 10 people at any given time who like metal,” Rupe chuckles, “so you have an immediate rapport with anybody else who does.”

Surrounded by jam bands and bluegrass, it’s easy to see why Rupe and Stapleton clicked. At the time, each made experimental solo, black metal-influenced dark ambient music under the names Oneiromancer and Thrall, respectively. Rupe, who had recently founded the label as a way of putting out his dreamstate-inspired recordings as Oneiromancer, was drawn to Thrall’s underlying grimness, and its noisy edge within a subdued framework.

“Our circles were next to each other but not quite crossing over,” Stapleton recalls. “Eventually, we started seeing each other in the anarchist collective co-ops and that sort of scene in college. Dylan was coming from the sociological/environmental-science side of things. I was coming from more of a writing side. Those orbits just started merging.”

Both began to recognize the other’s affinity for longform ambient music that takes time and attention to digest. “I always think of the music we put out as a form of storytelling,” says Stapleton. Still, the pair didn’t quite expect their outlooks to align in such profound ways.

“Our radio shows were pretty close to each other’s time slots,” Stapleton says. “One evening during Dylan’s show I came into the station and we started talking about the Southwest Terror Fest in Arizona, where Sunn O))) was playing. We’d never really hung out prior to that, and then on the spur of the moment we decided to take this 10-hour road trip together to Tucson to see this three-day festival. For me, that was a big part of the genesis of the label, being in tight compartments with this person, talking about music and politics and just rambling. As soon as that series of conversations happened, I knew that there was something special linking us together, and that we were going to be very good friends.”

To date, barring a 2017 Doctors Without Borders compilation titled Vibrations of the Celestial, the label has served as a clearinghouse for the pair’s various individual projects and collaborations in small-run physical releases. That said, A Moment Of Clarity amounts to more than an online version of selling one’s own cassettes out of the proverbial trunk, thanks to a set of core values that extend beyond music. It is, in fact, Rupe and Stapleton’s abiding passion not only for the music, but for its presentation and intention, that define the label’s identity.

With a quick glance at A Moment Of Clarity’s releases over the label’s four-and-a-half-year existence, the rune-like logos and vaguely apocalyptic images that grace some of the album covers are an immediate clue that this is music borne of a black metal sensibility. That said, Rupe and Stapleton forego the usual occult symbology in favor of a more animist-leaning vibe, which speaks to the exultant regard for nature that runs through the label’s body of work. (On the side, Stapleton donated the proceeds of his 2017 compilation for the Black Metal Alliance, Crushing Intolerance Volume 5, to the Indigenous Environmental Network.)

To say that Rupe and Stapleton express outrage and despair over humankind’s relationship with the natural world is an understatement, as the text accompanying the equally baleful single-track album Skyward by Evergreen Refuge attests to in explicit detail: “Many nights I have spent under the stars. I often dream about a world completely outside of civilization—its values, its beliefs, its stories. The stars make me dream of a world in which we have our own stories. One in which we look to the heavens not as that which has yet to be exploited, but rather in awe and wonder. We look to the stars for guidance. We look to the stars to look within.”

Offerings of Flesh and Gold, the blast beat-filled new album by Rupe and Stapleton’s collaborative project Bull of Apis Bull of Bronze, hews closer to a more traditional black metal format than previous releases. In the majority of their catalog, listeners must wait patiently for even the slightest hint of harsh guitar distortion or screaming. It’s typical for physical copies to come packaged with satchels of herbs, candles, and incense the creators burned to cleanse the air during recording sessions, or even rocks gathered from outside those recordings. The goal, Stapleton says, is “to try to blur the line between the artist experience and the audience experience.”

“I’ve always envisioned the glue that holds the label together is the idea of creating a variety of meditative soundscapes,” says Rupe. “I guess the gist,” Stapleton says, “is that the creation of the music is a ritual unto itself, inherent with intent and purpose.”